The supercharged engines They are the only way to keep internal combustion engines alive, and therefore manufacturers are waging a fierce war to make use of the latest technologies related to supercharged engines. There is everything and for all tastes, but each manufacturer is betting on a way of understanding supercharging and downsizing. Electric turbos and compressors, multiple combined turbos, volumetric compressors … What 6 technologies on Turbos can we find soon under our hood? 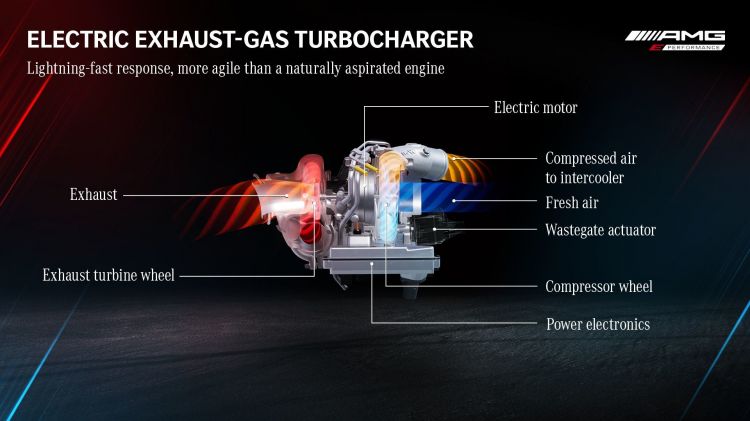 The latest innovation on the market is the result of a collaboration between Mercedes-AMG and specialist Garrett. It is an electrified turbocharger, which, although it still depends on the exhaust gases for its operation, now adds an electric motor that is connected directly to its shaft. With 6 kW and the ability to spin up to 156,000 rpm, this system promises to eliminate lag in turbo engines forever.The objective of the electric motor is to be able to achieve the ideal blowing pressure in any circumstance and regardless of the speed or load of the heat engine.

Thus, Mercedes-AMG has created a 2.0 Turbo that promises to exceed 440 HP of power, although its main advantage will be an instantaneous response to the accelerator at any time, since the electric motor will be in charge of raising the pressure of the gases in thousandths of a second. The installation of this system is more complex than that of electric compressors, because to begin with relies on a 400 volt architecture and requires a cooling system, but its benefits are quite superior.

Audi had it very clear for years, the best way to offer performance and efficiency in supercharged engines had to be through the use of electric compressors like the ones we first met in the Audi RS5 TDI Concept. Its approach as a system could not be more practical, using an electric motor to compress air and inject it directly into the combustion chamber from very low revolutions, thus allowing to cover the operating regime that conventional turbochargers do not cover. The electric compressor has a response of 250 ms, being able to rotate at 56,000 rpm and having a power of 7 kW. 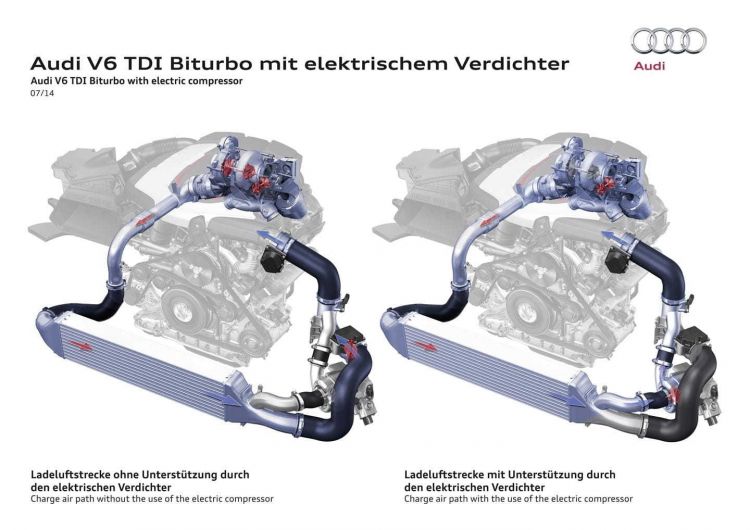 The use of electric compressors allows to offer an immediate response regardless of the motor load, being used by Audi as a complementary system to traditional turbochargers in large turbodiesel engines (V6 and V8). Its actuation is immediate to the throttle demand if the engine turns at low revolutions, although on the contrary it requires a parallel installation of 48 volts. Its commercial debut was made in the Audi SQ7 TDI, the sportiest variant of the Audi Q7 with a 4.0 V8 TDI engine with 435 hp.

BMW opted for supercharging through turbochargers, and today it has forgotten about naturally aspirated engines. At BMW they have found a great ally in Twin-Scroll turbochargers for gasoline engines and the combined use of turbochargers in diesel engines.. But how many turbos can be installed in one engine? BMW has set the bar very high, and it is that after presenting a first 3.0 Diesel engine combining 3 turbochargers, the next step has been a variant of this 3.0 Diesel with 4 turbochargers and 400 hp. 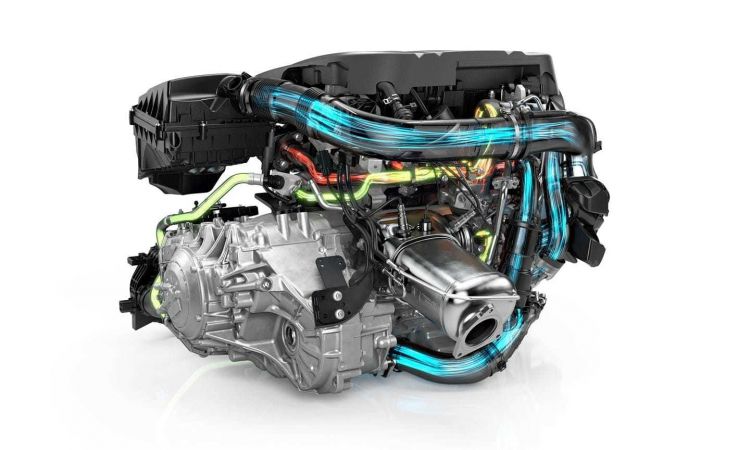 We are not going to fool ourselves, Volvo is capable of anything and the PowerPulse system is the proof. Instead of resorting to the electric compressors that it already presented in prototype format in its 450 hp 2.0 Turbo engine, for the more powerful turbodiesel engines of the Volvo S90 it developed the technology PowerPulse.

Yes Volvo petrol engines combine turbochargers and volumetric compressors, turbodiesel engines use serial turbochargers (1 Variable Geometry Turbo + 1 Fixed Turbo), adding the PowerPulse system for better performance and shorter response time. PowerPulse technology is based on a compressed air system whose sole purpose is to accelerate the exhaust turbine when high power demands are made at low and medium engine loads. This apparently simple system achieves that in the absence of exhaust gases to move the turbine, the air induced directly on the turbocharger’s exhaust turbine raises its revolutions in a very short time. 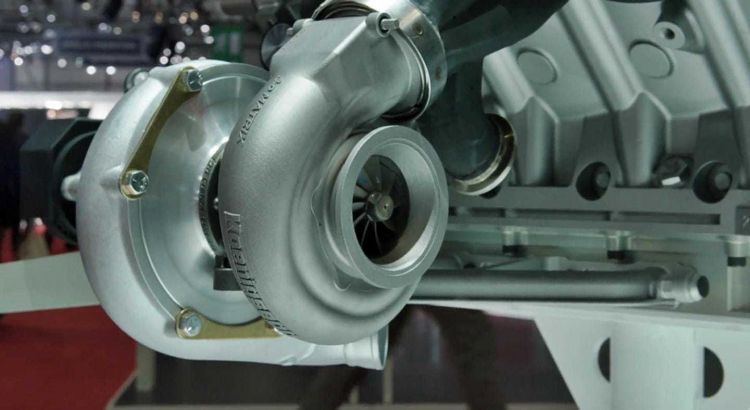 We already know Christian Von Koenigsegg, CEO of Koenigsegg. Like other technologies such as non-camshaft engines, Koenigsegg is always looking to go one step further than what is already known. One of its latest innovations is the manufacture of the turbocharger 3D Printed Variable Turbo, a Koenigsegg proprietary and patented design that was presented in the Koenigsegg One: 1 and integrates the advantages of a variable geometry type turbocharger alongside those of a Twin-Scroll design. 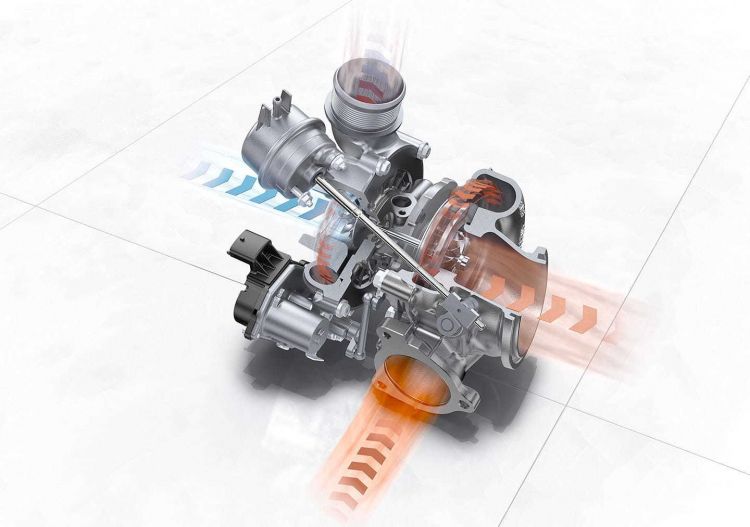 Even though The Honda Legend Wing Turbo was the first car to use variable geometry turbochargers in gasoline enginesWe had to wait until Porsche and its Porsche 911 Turbo to see this design perfected in larger production cars. Although variable geometry turbochargers are well known in turbodiesel engines, its use in gasoline engines has always been limited due to high exhaust temperatures (950-1000ºC) that forced the use of more expensive materials and compromised the reliability of the system.

Now, after seeing Porsche transfer this idea to more of its models such as the Porsche 718 Cayman and Porsche 718 Boxster, Volkswagen has decided to transfer this design to its 1.5 TSI engines where its main novelty is precisely the integration of a variable geometry turbocharger. This engine currently develops powers of up to 150 hp, and has made possible the use of large-scale variable geometry turbochargers thanks to the specific design of its exhaust system not to exceed 880ºC.