First of all, for neophytes on this topic, the Roadbook is an “old-fashioned” navigation system used in events of type rally, the easiest way to know what it is quickly is to say that It is the navigation system by which the Dakar pilots are guided in their stages.

It is a way of sailing much more romantic than the current GPS, it implies that the pilot not only concentrate on handling the motorcycle, but also have to orient yourself through the indications of the road book, contrasting them with the information provided by the tripmaster (odometer and heading (cap)). It may sound complicated, and obviously comparing it with a GPS it is, but it is not that difficult in the end.

Normally the set of two elements is called Roadbook, the first, the printed paper roll containing all the information needed to navigate, and the second, the box that contains it. If we are strict, the Roadbook is the paper with the instructions and the roadbook holder is that “box”. But what has been said, the normality is that said box is called Roadbook, so in the interest of abbreviating, I will call it that as well.

Navigating the Roadbook has a drawback, the price. Until now, even the simplest Roadbooks (manuals) have a high price, this is because there are not many companies that are dedicated to manufacturing them so you had to go through the hoop in terms of prices. This high price on many occasions makes people not jump to try or try it, since the fear of spending money so that they will not like it later is intense. 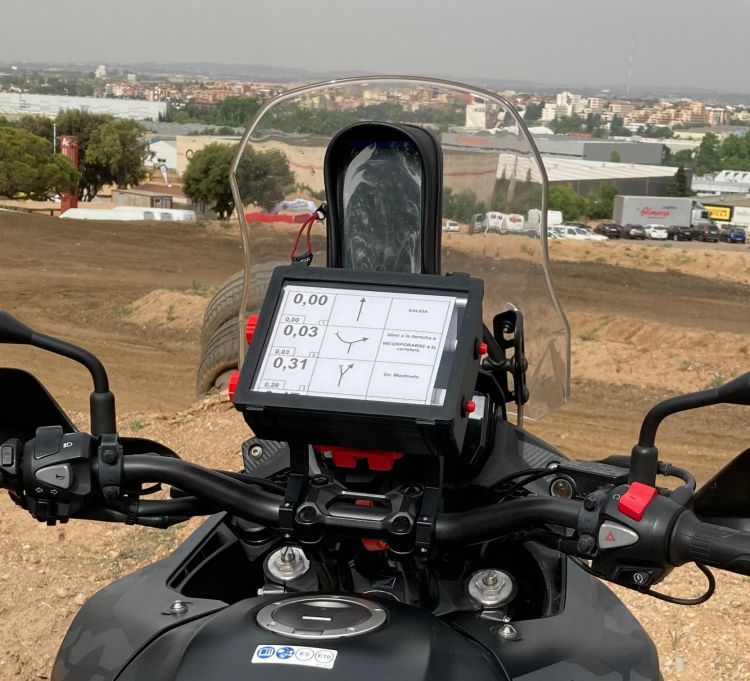 But once again, technology works in our favor to lower costs. Today, if you are thinking of trying this type of navigation (be careful, it is addictive) there is no reason to limit yourself to the usual brands, there are new players in the field and they come hand in hand with 3D printing.

Last weekend I was able to feel and analyze a Roadbook manufactured by the company “Tu Moto Trail”, based in Barcelona. They had several exposed but there was one in blue that was the one that caught my attention from afar. Taking a look at it I could see that it was a 3D print, and a very good one. From what was explained to me, being made of a flexible material it is more resistant to shocks and this seemed like a great advantage to me compared to the aluminum ones.

It is also fully removable which greatly facilitates things when assembling the paper roll. Normally (and those who use Roadbook can usually attest to it) it is a tedious task to glue the ends of the paper roll to the rollers, but with these 3D printed ones it does not happen since the rollers can be removed to do the operation outside of the reduced space that the box offers our hands.

In short, I found them much more comfortable than traditional metal manual roadbooks. In addition, its price as mentioned before is quite lower, we speak of around € 58 when others are at € 90.