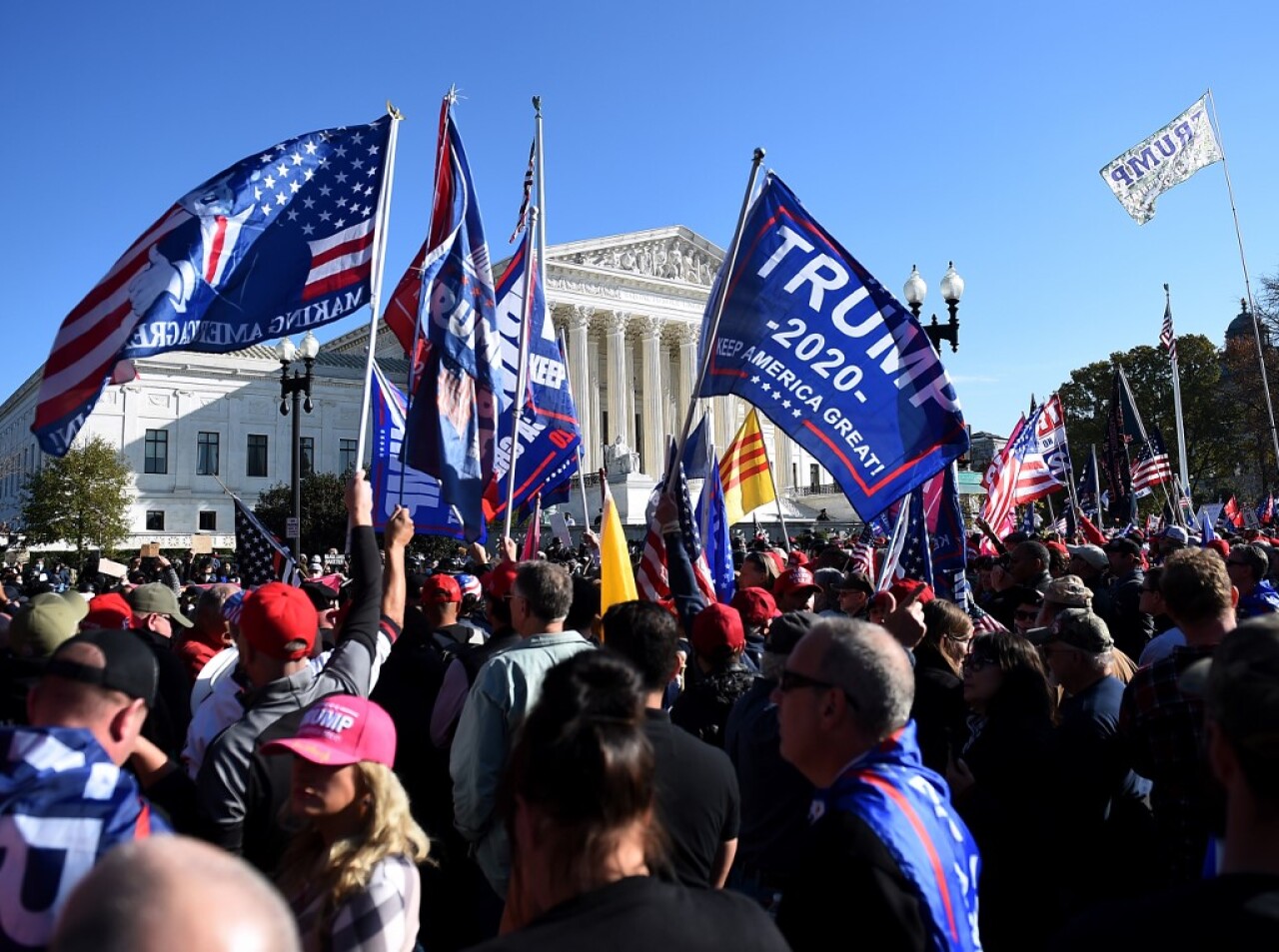 Trump briefly seemed close to acknowledging the likelihood of his leaving the White House in January during comments on the coronavirus response at a White House event on Friday.

“This administration is not going to go into a lockdown. Hopefully, uh, whatever happens in the future, who knows what administration it will be? I guess time will tell,” Trump said.

With the election outcome becoming clearer, Trump has discussed with his advisers possible companies and media appearances that would keep him in the limelight ahead of a possible 2024 run for the White House, his advisers said.

His fans were enthusiastic on Saturday.

Mike Seneca stood near Freedom Plaza with his dog Zena, who was wearing a red “All American Dog” print T-shirt. “It’s hard to believe he wouldn’t have won,” Seneca said, retorting to Trump’s unfounded allegations that mail-in ballots favoring Biden were fraudulent.

Donald Tarca Jr., who traveled to Washington from West Palm Beach, Florida, was holding a huge American flag with a giant portrait of Trump.

“I think it was manipulated on multiple fronts,” he declared about the election. “Also, the media was so biased that they convinced millions of Americans to vote for Biden. They hate Trump.”