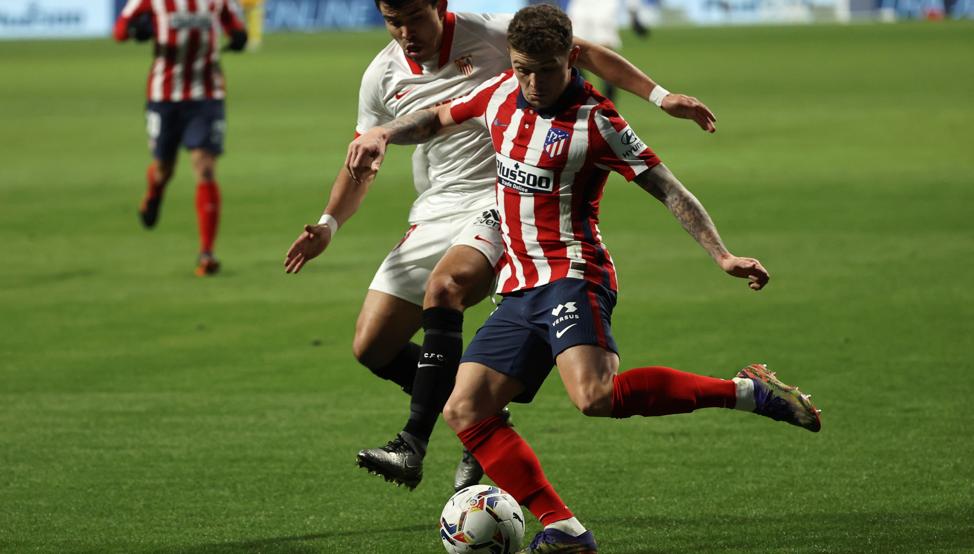 Kieran trippier will not have to comply with the sanction imposed by the English football association (FA) beyond February 28, the date on which the punishment received for revealing privileged information about his transfer of the Tottenham to the Atlético de Madrid in the summer of 2019. The sanction was a ten-week suspension, in which the rojiblanco footballer could not even train with his teammates in Majadahonda or, obviously, play games.

The mattress club filed an appeal with FIFA requesting precautionary measures that, about ten days ago, were accepted, so the sanction remained on ‘stand-by’ until the highest body in world football decided. Atlético claimed that it had not been part of the process and that this suspension only affected the team of Simeone, with whom he was not even when the events occurred.

Now, the FA has been in favor of opening a debate to, in successive cases, take into account the clubs. But the important thing about the matter for Atlético is that the English federation has determined that the sanction ends on February 28, regardless of what FIFA decides about the case. That is, the English international will be able to continue training and playing with Atlético normally until there is a resolution and, in the event that it arrives after the specified date, the FA will not extend the period of punishment for the player, that he would serve his sanction only in England.

The FA asked its own independent regulatory commission to review the dates of the suspension until FIFA decides whether the suspension should apply beyond England. But the FA said Thursday that the appeal had been rejected, which means that the punishment expires on February 28, even if the case is still pending at FIFA.

The English association now understands
that this procedure should come to an end on February 28, regardless of what FIFA says, and that later modifying the sanction dates could create uncertainty for the player, who has not completed two of the ten weeks of suspension issued by the FA.