Talk about The Legend of Zelda is talking about adventure and fantasy made in video games, a saga that has involved countless hours of play for the vast majority of players around the world. It would not be unreasonable to think that to a greater or lesser extent, everyone has ever played a game in the franchise. And we are here to try to honor the saga on the 35th anniversary of the launch of its first adventure on the NES, so without further delay, grab your Master Sword, since it is dangerous to walk alone.

The origin of the legend

Although we know that The Legend of Zelda was officially released on February 21, 1986, the idea was born many years before, when a very young Shigeru Miyamoto imagined that he was on an adventure while exploring a cave near where he grew up. As you can see, from the simple imagination of a child arose the incredible world of Hyrule and all its fascinating stories. As we have already said, it was in 1986, on Nintendo’s first great desktop console, the Famicom (or NES in the West) and by the hand of Shigeru Miyamoto and Takashi Tezuka, when The Legend of Zelda arrived to offer the player a title. Open world, where you could explore every corner, fighting countless enemies and trying to gather the Triforce to save Princess Zelda and a world, her world, that had been devastated by evil.

As a curious detail, neither Miyamoto nor Tezuka came to believe that the game was going to have too much relevance, so when in just one year they sold a million copies in Japan, and later 2 million more in the rest of the world, they realized that the saga could have great potential. For all this, Miyamoto began to think about the best way to continue the story after the events that occurred in the first part.

One of the things that has most characterized the saga has been that they have never been stuck in the same formula, trying to innovate in each and every one of the games that have been released throughout all these years. Thus we can find games that only use the Nintendo DS touch screen, such as Phantom Hourglass or Spirit Track, or also titles that bet on the use of the Nintendo Wii WiiMote, such as Skyward Sword. It was with Breath of the Wild when Nintendo took a step further, offering an open world game, with physics and mechanics never seen before in the saga, even becoming a benchmark for other games from other companies. Although it is true that Breath of the Wild collected a bit of other games, to put them in a cocktail shaker and offer us the outstanding adventure that we could enjoy both on Wii U and on Nintendo Switch.

The most surprising thing is that these changes that the saga has acquired over the years, have always found strong protests from a group of players annoyed by them. However, over the years, these same protests have been transformed into praise, even going so far as to show that the experimentation they have carried out over the years with the franchise has been beneficial for the following games. So we have the move from 2D to 3D with The Legend of Zelda Ocarina of Time upon its arrival on Nintendo 64 or even the open world attempt made by The Legend of Zelda Skyward Sword when it appeared on Wii. 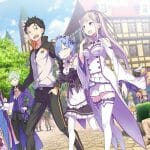 This 35th anniversary of The Legend of Zelda has shown us that the saga enjoys enviable health, with more than 20 titles to its credit between games of the main saga and spin offs. Arguably all Nintendo consoles have released at least one Legend of Zelda game, with the exception of Wii U, which shared theirs with the hybrid. Although it is also true that both Wii U, previously, and Nintendo Switch, now, are returning to recover those old games in their catalog.

The Legend of Zelda in top form on its 35th anniversary

This 35th anniversary of The Legend of Zelda has us fans of the saga completely excited, because if everything goes according to what happened during the 35th anniversary of Super Mario Bros. there is a great possibility that we will have several releases of the Hero’s adventures weather. With a really deep lore, the saga has managed to create its own universe over the years, making it possible for each and every one of the adventures we find in the franchise to be fairly square in the same world.

Currently, Nintendo Switch users not only have the excellent The Legend of Zelda Breath of the Wild, but we are also being able to enjoy two Hyrule Warriors and the announcement of a second installment of the title that changed the way of seeing the saga, and that it managed to attract many players to the franchise. Unfortunately, we do not know anything about the long-awaited sequel, although we still have hopes that this 35th anniversary of The Legend of Zelda will bring us the long-awaited title to our hybrid consoles.