Disney + has released the trailer for the new 12-episode series adapting the 1989 cop comedy starring Tom Hanksen, ‘Partners and hounds‘(Turner & Hooch). As a new star, we have Josh Peck, an actor known for his role as Josh Nichols on the Nickelodeon series aired from 2004 to 2007, “Drake & Josh.” The series will debut on the Disney platform on Wednesday, July 21.

When an ambitious American Marshal inherits a large unruly dog, he soon realizes that the dog he doesn’t want may be the companion he needs. “Turner & Hooch” stars Josh Peck as Scott Turner Jr., the son of Tom Hanks’ character from the original film. Joining him as the main protagonist are five French Mastiffs, who play the role of Scott’s lovable and slimy new dog, Hooch, who is also named after his father’s original mastiff.

The creator of ‘The Gifted’ and ‘Burn Notice’, Matt Nix signed to write and executive produce this series alongside Michael Horowitz, Robert Duncan McNeill, Mary Viola, Josh Levy and McG, who also directed the first episode. Next the trailer and the poster of the series. 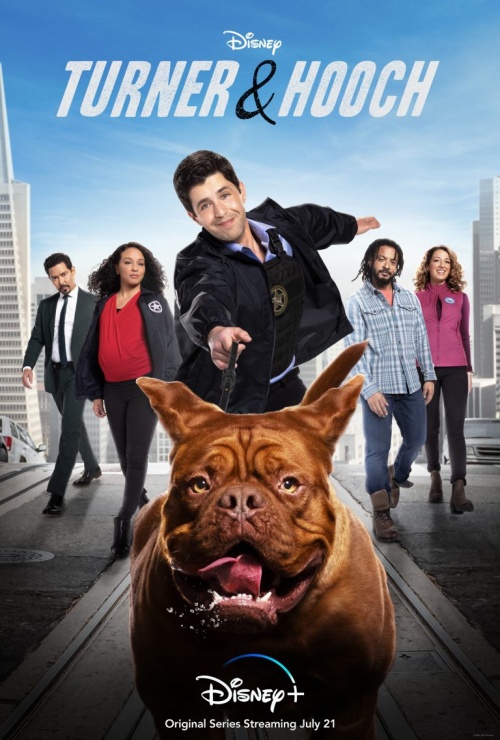