Home>Entertainment>Movies>Trailer and poster of ‘The innocent’, the new from Oriol Paulo

With you the official trailer and poster of ‘The innocent’, television adaptation of the novel by Harlan Coben that has Oriol Paulo (‘The body’, ‘During the storm’, ‘Setback’) as its maximum creative manager.

A thriller whose main plot centers on Mateo and Olivia, a married couple who will have to rebuild their lives for the second time after receiving disturbing and surprising news. One night, Mateo got into a fight and accidentally ended up becoming a murderer. Now, nine years later, he’s trying to start over with Olivia, his wife.

An inexplicable call from Olivia’s cell phone while she is traveling puzzles Mateo, who begins a frantic race to discover the truth. His innocence will be questioned again, this time by Lorena, a police inspector investigating a suicide case …

Produced by Sospecha Films and Think Studio, ‘The innocent’ is an eight-episode miniseries created and directed by Oriol Paulo, also its screenwriter with Jordi Vallejo and Guillem Clua. In turn, Paulo is an executive producer along with Sandra Hermida, Jess de la Vega, Eneko Lizarraga, Beln Atienza, Laura Rubirola and the novelist Harlan Coben, author of the original novel on which it is inspired.

In the words of Oriol Paulo, the series “is the most complex and intense project I have done to date. It is a choral and polyhedral thriller full of lights and shadows; a dominating effect through which a series of characters pass and collide. They carry backpacks from the past and they struggle to find their second chance.

All eight episodes of ‘The innocent’ They will premiere on Netflix (and partners) next April 30. 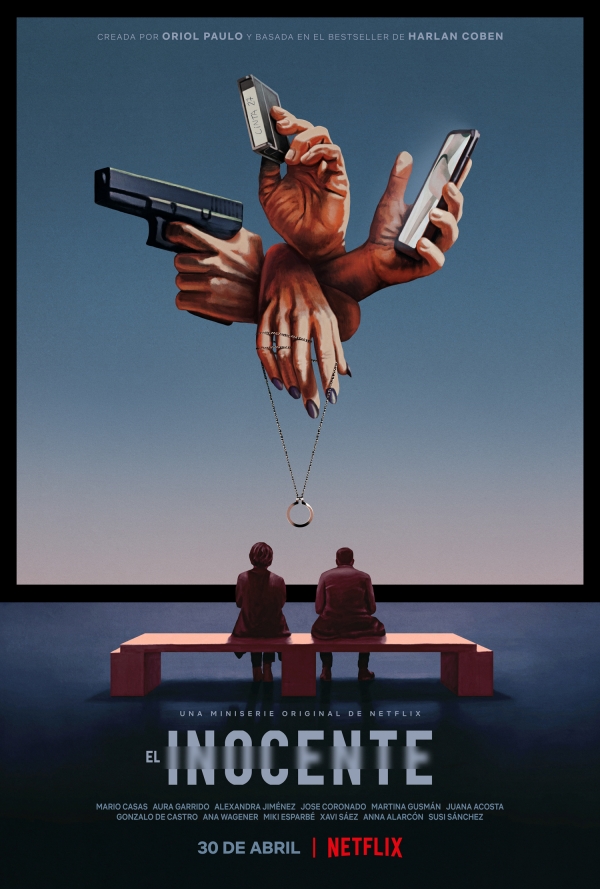