eOne Films presents the trailer and poster for ‘Once upon a time in Euskadi‘, Manu Gmez’s prime pear that will hit Spanish cinemas on October 29, after passing through the San Sebastian Festival.

Manu Gmez is also the scriptwriter of this emotional story that he wrote inspired by the memories of his childhood in the Basque Country and that stars the young Asier Flores (‘Pain and glory’), Aitor Caldern (‘May God forgive us’) , Miguel Rivera (‘Two lovers’) and Hugo Garca.

In the words of its screenwriter and director, “I was born and lived in Mondragn (Guipzcoa) in May 1973 … I am the son of immigrants from Granada and the grandson of those who lost the Civil War. This story is a small piece of that childhood. A childhood as happy as it is characteristic … The passage of time has pushed me to write this film and relate part of some events whose memory has been implanted in me as strongly as the need to tell them … “

Euskadi, 1985. School is over, the long-awaited holidays finally arrive. Marcos and his 3 friends, Jos Antonio, Paquito and Toni, receive the arrival of summer with expectation, a promising summer especially because at twelve it does not matter where, when, or how. They will go through the hours in the labyrinth that life has given them, in an old, struggling, convulsed Euskadi. A maze of graffiti walls, where rubber balls and dreams of freedom bounce; covered with a gray sky prefabricated in cooperatives, where death and life no longer maintain formal relations.

Click here to see it on YouTube. This and other trilers you can find on our Dailymotion channel,
or in the section of Movie trailers and videos of the web. 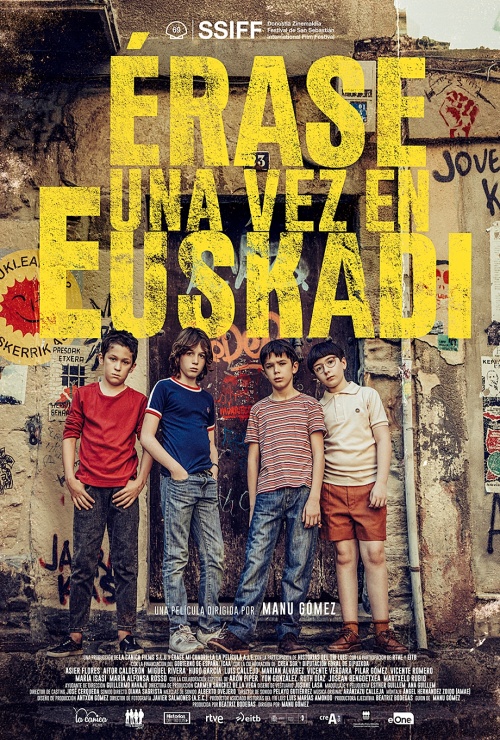