Motorists say the limits must adapt to the traffic to be credible. The DGT advises that it will place obligations on cyclists

Pere Navarro, director of the DGT, has warned city councils about the application of the 30 km / h limit in most streets, those with only one lane per traffic direction: The BOE establishes how it should be done. But I tell him, as there is a fatality due to being run over for not having adapted, the issue becomes complicated and responsibilities can be requested. The regulation has been approved precisely to reduce the urban accident rate, which already accounts for 30% of the deaths 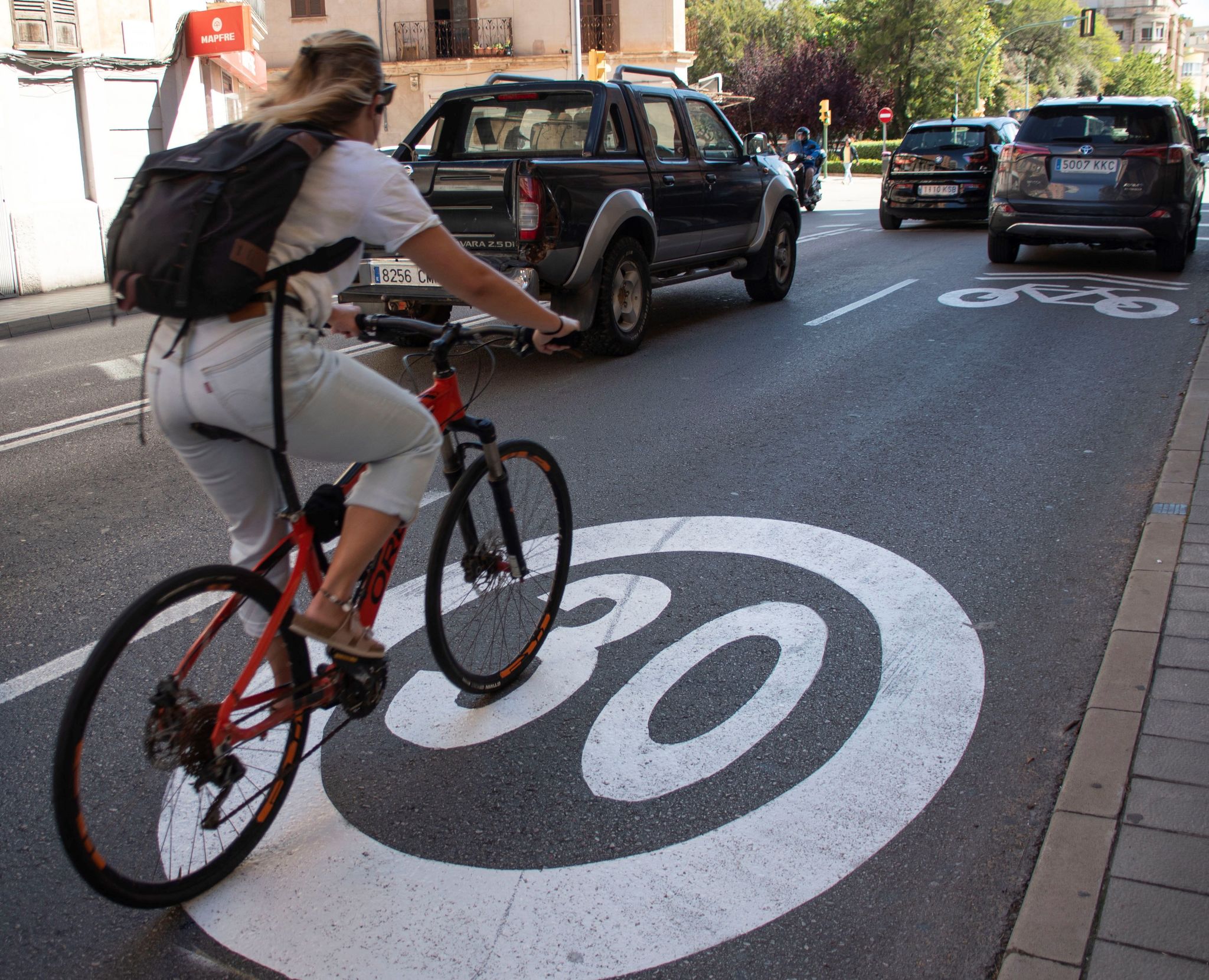 This is how resounding it has been about a measure that generalizes the reduction of speed on the streets, a power that municipalities have had for years. In fact, Bilbao extended it to the entire city last fall and they already warn of the relaxation in drivers. Especially on streets with two or three lanes, where drivers get more ‘cheerful’ with speed. So they will start by installing ‘pedagogical’ radars, but if the norm is violated a lot, then the one with the mallet will come, the fine has assured the Deputy Mayor and Councilor for Mobility, Alfonso Gil.

And fines, many, is what the Associated European Automobile Association believes the new scenario will bring. We estimate that speed rates will increase by at least 40%, has warned its CEO, Mario Arnaldo. Today, in Madrid the bulk of sanctions (more than 55%) are parking. By running too much, they do not reach a third. The amount of these ranges from 100 to 600 euros (half with prompt payment). 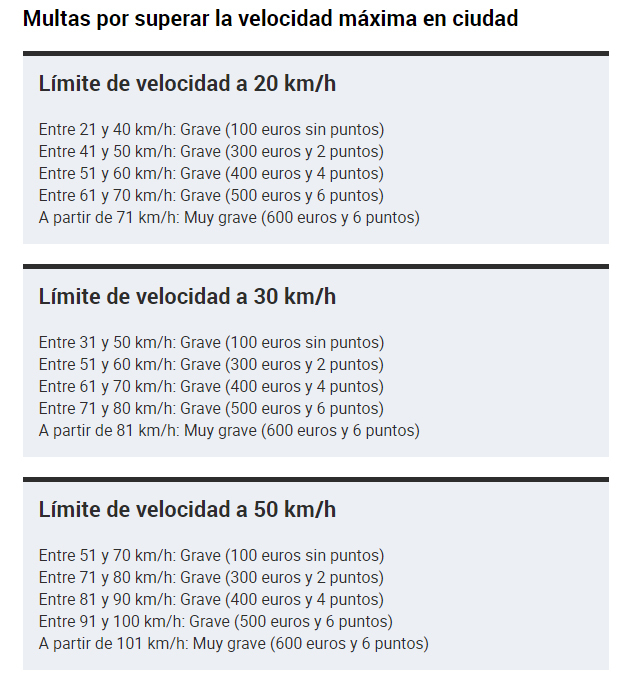 I am in favor of slowing down, but not in favor of these generic limits. That is drivers have to know, without having to be marked by a sign, that the single platform tracks for vehicles and pedestrians will be 20 km / h; those with a single lane per direction, 30 and those with two or more, 50.

Their fear is that they will become coffee for everyone, making no exceptions when the traffic requires a higher speed. And he gives an example that already exists: the street of Nuestra Seora de Valverde, in the North of Madrid. It is the old Fuencarral road and they have left it 30 km / h. But people do not run in it, eight out of 10 fines are for going only at 50 km / h. And speed limits, to work, must be credible, he concludes.

Limits adapted to the reality of the traffic

In fact, the new rule allows the authorities to lower these generic maximums and, exceptionally, increase them on single-lane streets up to 50 km / h. A case in which many avenues with two lanes could enter, but where one is reserved for the bus and in which, due to its route, efforts must be made not to exceed 30 km / h. It also opens the door for the M30 to continue to maintain its limit at 90 km / h, since it has become 80. 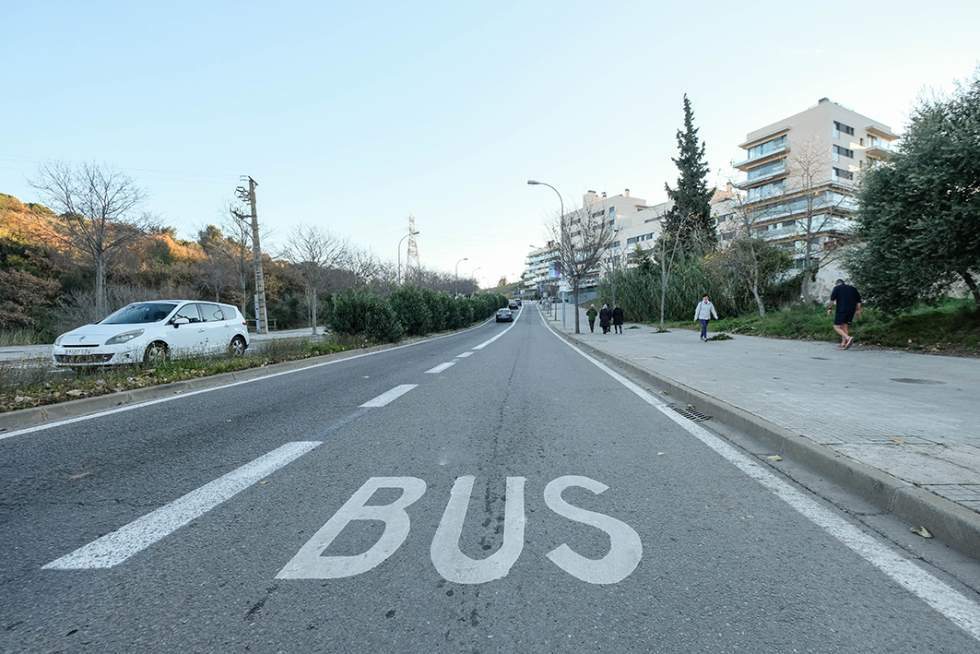 With the new norm, a street like this, with a bus lane, will be limited to 30

The problem is to what extent this discretion is allowed, since the DGT itself has prepared a manual with 32 different scenarios that will be affected by the new measures. And it even forgets some, as is the case of the decision made by the city of Getafe. He has decided to go one step further and, on those roads with more than one lane in which you can go at 50 km / h, the one that is glued to the pavement or parked cars, will be 30. Something that the director of Traffic seems like a good idea.

Navarro made these statements in a digital meeting in which I obviated the effects that slow speeds will have on cars, They will spend more and suffer on items such as the particulate filters or the clutch in the manuals. Well, I actually settled the matter with a background message. “Behind the measure there is a city model in which the trips made by car will be reasonable, lower their use, and in the end there will be less consumption, less emissions, less noise and less pollution. “

Likewise, he reminded that all users are obliged to comply with the new rules. On electric scooters a specific regulation was already established in January, so that the next step is the cyclists, since the anarchic behavior of which many show, is questioned by pedestrians and drivers.

The Traffic Director, who sotto voce admits the lobby exercised by these users, said that the first phase has already been passed, more tolerant because it was necessary to promote the bike. We are in the consolidation phase and we will have to apply the necessary disciplinary measures. It is also time to speak of obligations.

Among them, the creation of a bicycle registry, making insurance compulsory or establishing a minimum license has been proposed. Proposals that, for now, the DGT says it does not have on the table.