The new Toyota Mirai 2021 already has prices in Spain. The commercial journey of the renewed hydrogen car has begun. Toyota is already accepting orders for this advanced and exciting fuel cell vehicle. Find out what their range is like. Levels of finish, outstanding equipment and, of course, all the rates.

The new generation of Toyota Mirai is already on sale in Spain. The popular and successful hydrogen car from Toyota it has undergone a very important generational change. And it is that, in general terms, we are practically facing a new car. His name is one of the few connecting ties that remain with the outgoing model. The Japanese manufacturer has given the green light to its commercialization in the Spanish territory. Their prices and range have been announced.

One of the keys to the new Toyota Mirai 2021 is that it can be bought by individuals. The first generation of the Mirai was only available for businesses. In its desire to continue to spread hydrogen fuel cell technology, Toyota allows Spanish individuals to get hold of this interesting vehicle. An alternative to traditional battery electric cars. 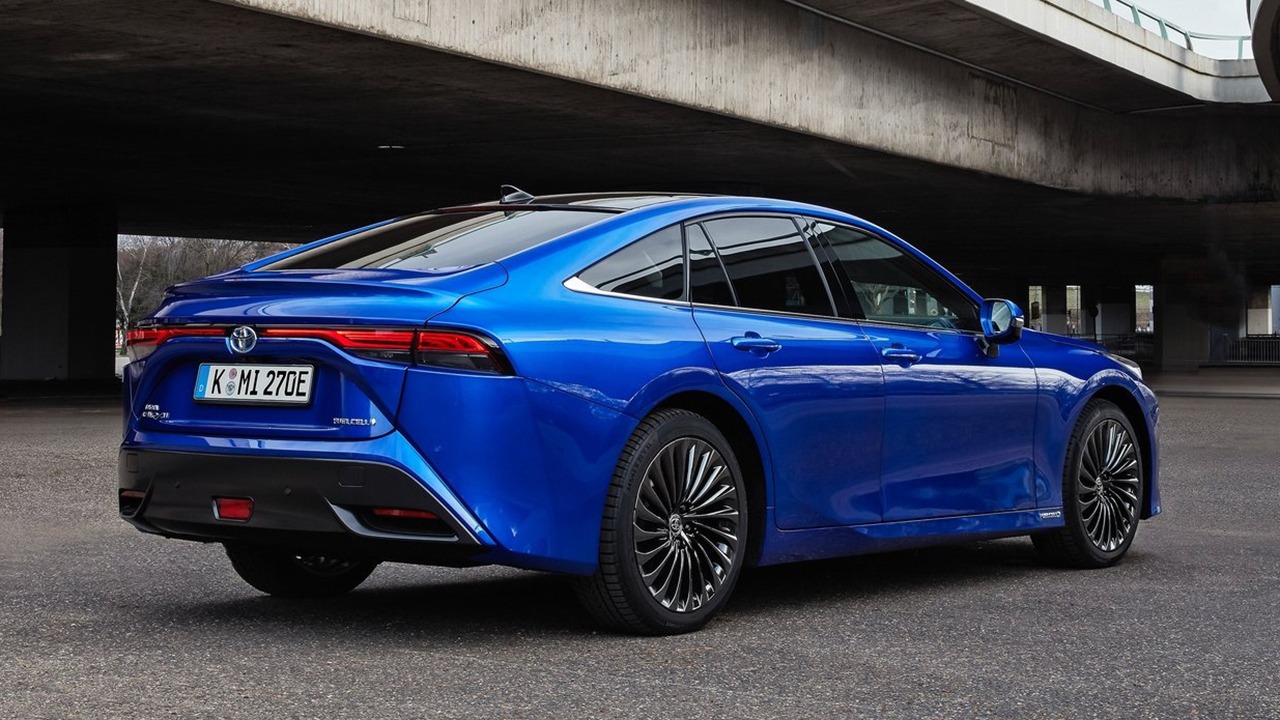 The new Toyota Mirai 2021 already has prices in Spain. Its commercialization is underway

The range and equipment of the new Toyota Mirai 2021

Interested in getting this hydrogen car? The new Mirai range it consists of a total of two trim levels. It’s all about the endings Vision Y Luxury. From the access version we will already find a very complete endowment. We list below the Outstanding standard equipment: 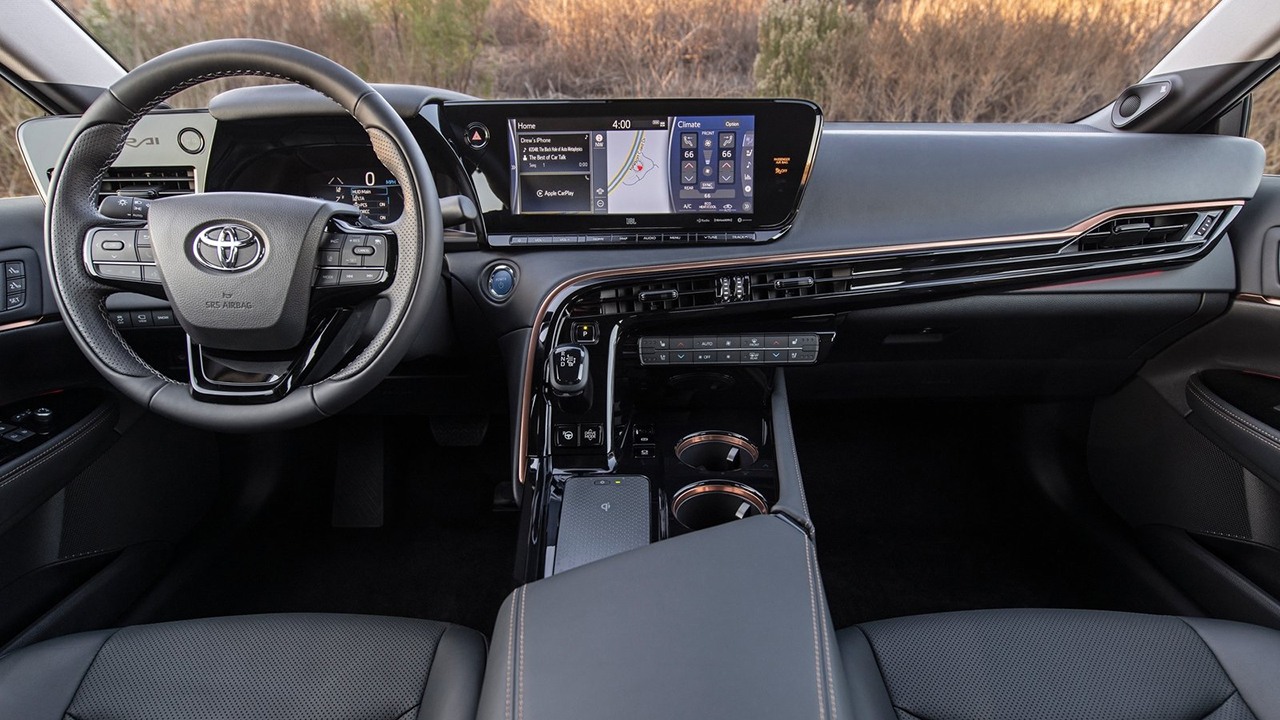 There is also a “Brown” version of the Luxury trim level which includes light semi-aniline leather upholstery, brown stitching on the front and rear seats, white upper dash and copper-colored inserts.

The hydrogen fuel cell of the new Toyota Mirai 2021

At the heart of the new Mirai is the new generation of Toyota’s hydrogen fuel cell system. A propulsion system that delivers a power of 134 kW (182 hp) and 300 Nm of maximum torque. This power is sent to the rear axle. In addition to the engine, we have a 4.0 Ah lithium ion battery and a total of three tanks in which the hydrogen is stored. Their total capacity is 141 liters. The autonomy is 650 kilometers.

And what about the refueling infrastructure? Can you refuel hydrogen in many areas of Spain? There are currently three “hydrogenerators” available and can only be used by Toyota or Hyundai partner companies. However, throughout this year 2021, new hydrogenerators are scheduled to open for the private public. The network of hydrogen refueling points in the Spanish territory is growing. 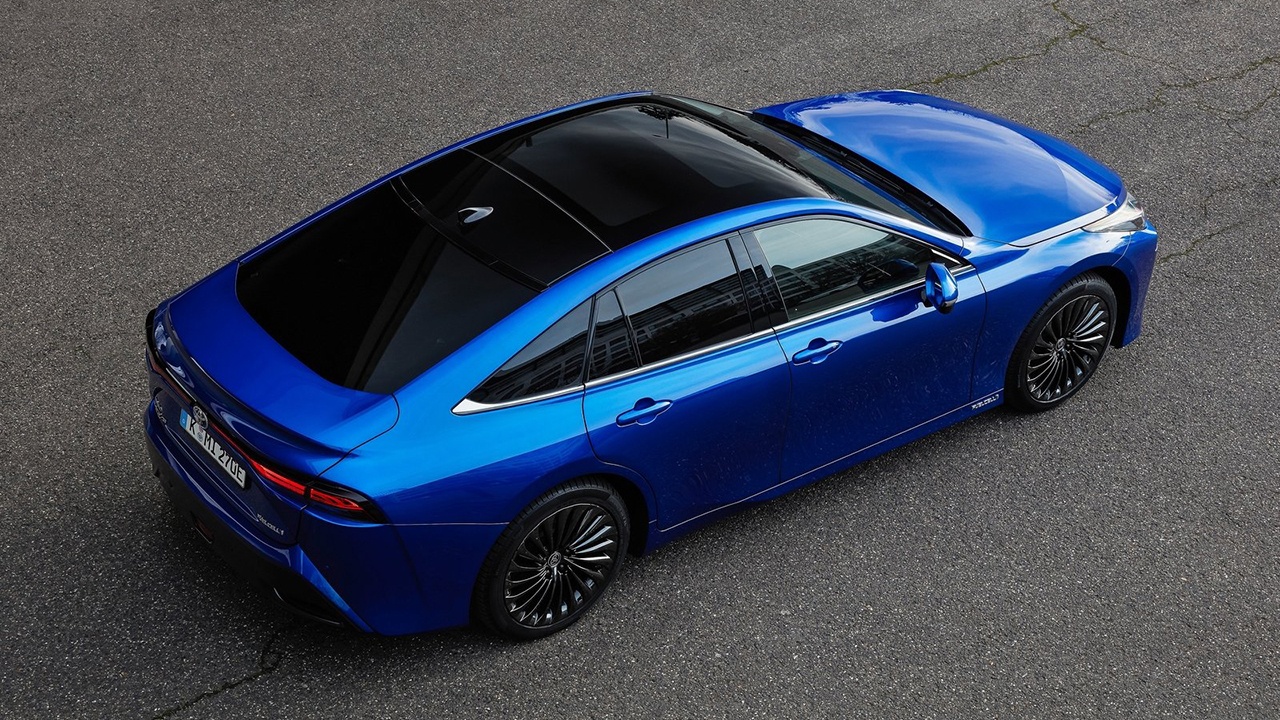 The prices of the new Toyota Mirai 2021, now on sale in Spain!

In the table below you can consult the prices of the new Mirai. The brand offers a discount of € 4,000 and, in addition, highlights that this model is compatible with the aid of the MOVES II Plan, so it can receive an additional discount of € 4,000. Any order that is made in Spain is passed directly to the factory where it is produced. These facilities are located in Japan and the delivery time is around a couple of months.

Prices of the Toyota Mirai 2021 in Spain

Prices valid from February / 2021 without including discounts or other promotions