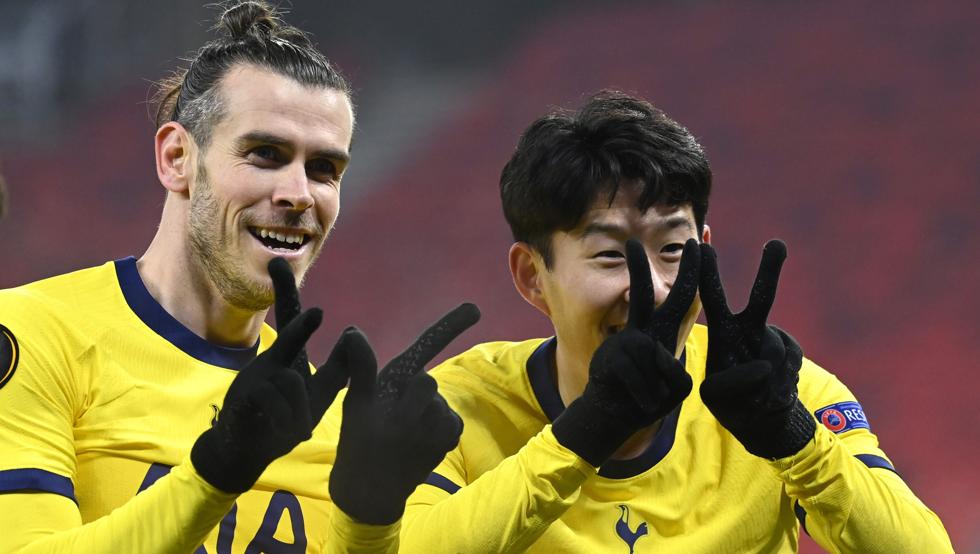 Tottenham practically sentenced their move to the second round of the Europa League after achieving a clear victory (1-4) over the modest Austrian Wolfsberger at the Puskas Arena in Budapest, neutral scene of the 1/16 final first leg due to the restrictions as a result of the coronavirus pandemic. Gareth Bale finally stood out with a goal and an assist. The return will be played on Wednesday.

José Mourinho introduced rotations and did not even summon his big star Hary Kane. Instead, he gave the opportunity to regular substitutes in the starting eleven such as Gareth Bale and Dele Alli, who accompanied Heung-Min Son and Lucas Moura on the attack front. All of them performed at a good level.

Tottenham were far superior from the start of the game, recovering the ball quickly and moving it fluently in offensive positions.

Son opens the scoring to pass from Bale

Already in minute 6, Son had a good chance with a shot that narrowly missed. But the South Korean did not forgive in the second that he had a center from Bale (13 ‘) when he headed half in iron to the net. The Welshman, who starred in perhaps his best performance of the season playing on the right, perfectly delayed a deep ball from Matt Doherty at first.

The Wolfsberger had many problems in the creation phase and did not reach the Tottenham area very much, but when it did, it created a lot of danger. The first time was in the 23rd minute. Dejan Joveljic had a good maneuver in the area, but he did not adjust his shot well and Hugo Lloris blocked it perfectly.

Bale extends the advantage with a good goal

After half an hour of play, Bale finished his good game with a remarkable goal. he received another depth from Doherty on the right, sat Jonathan Scherzer stepping on the ball with class and with his left foot he shot the goalkeeper Alexander Kofler.

The Wolfsberger was able to get into the game on the next play as Dario Vizinger headed a Michael Novak cross that Lloris deflected to the crossbar with a save.

From a possible 1-2 to 0-3, the work of Lucas Moura after a great slalom between the Austrian defense that culminated in a shot that caught goalkeeper Kofler (34 ‘) off-foot.

Before the break Michael Liendl tried to surprise Lloris with a dangerous set, but the Frenchman, sure all afternoon after not being successful in previous games, was not surprised.

Son stays in the dugout and Sissoko’s penalty

In the intermission Mourinho left Son in the dugout and gave entry to Carlos Vinicius, but the one who continued to stand out was Bale, active until he was substituted, with a shot against the defensive passivity that Kofler took out (50 ‘).

A penalty for a push by Moussa Sissoko to Christopher Wernitznig gave life to the Wolfsberger when he was transformed by Liendl, his veteran captain of 35 years, deceiving Lloris (55 ‘). Mou relieved Bale and Lucas Moura ten minutes later, but Tottenham kept coming and creating chances with some ease.

Another crossbar before sentencing Carlos Vinicius

On the contrary, the ‘spurs’ also conceded in defense and the Wolfsberger scared them in the body by crashing his second shot off the crossbar with a whiplash from Wernitznig to a pass from Liendl. The ball bounced on the same line (69 ‘).

Mourinho asked his players for more intensity and concentration in the final stretch and they listened to him as they expanded their clear advantage, which practically sentenced the tie, with a goal from Carlos Vinicius, his fourth in the competition. The Brazilian, opportunely, put the boot to deflect to the net a header from Erik Lamela after center of Pierre-Emile Höjbjerg.