It was a few days ago, on February 12, when Toño Mauri left the University of Florida Health Shands Hospital, a center where he had been hospitalized in Miami for more than eight months, after having suffered serious complications that deteriorated his health after having tested positive for COVID-19. The situation was so hard for the actor that he had to receive a double lung transplant, in a complicated surgery headed by Dr. Andrés Peláez, with which the famous could see improvements in his health condition.

The actor who has been recovering little by little, caused a commotion when he left the hospital, as his situation worried his family and the public, who kept an eye on the evolution of his case, since the actor remained in a coma for four months.

Now Mauri faced a new controversy, since Some people speculated that the actor would have used an alleged influence peddling in the United States to access the operation where he received two lungs. In an online press conference, the singer also clarified the point for which he has been pointed out, ensuring that the operation was possible due to his medical expenses insurance: 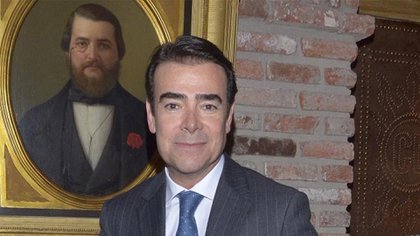 Toño Mauri remained in a coma for four months and was about to die at least three times (Photo: Twitter @ RIDNoticias)

“It is not a topic that ‘I can cover it’ or that ‘I know so and so’, not that, here in the United States it doesn’t work that way”Said the brother of the also famous Graciela Mauri, and assured that in the hospital he was treated like any other patient, so he did not have any kind of privileges during his stay due to his celebrity status.

“I came here without any recommendation, without any letter, I just came as one more patient. We have always had insurance like anyone, I was treated like any patient who requires this service. In fact, no one here knows who I am or where I come from, you simply enter a place where there are people who are devoted to the sick all the time “, he expressed.

Toño Mauri revealed that he felt very grateful to the person who donated his lungs, as well as to his family, for which he will seek, as soon as possible and see more stability in his health, to meet them to thank in person: “I wrote a letter to the family of the donor where I express what I feel, my gratitude and if there is the opportunity I would like to meet them ”, he added. 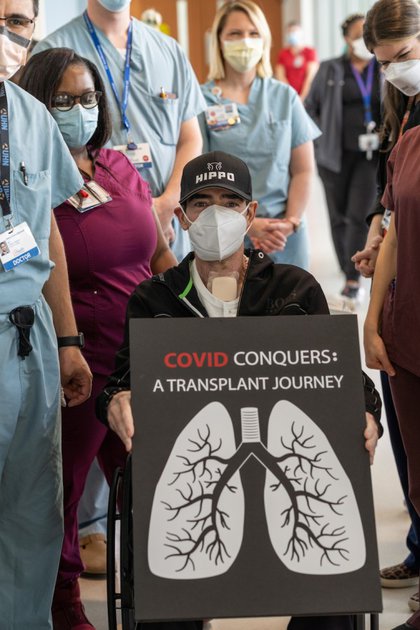 I offered God what I have always offered him, my life, and for him to make the decision, his decision was to put me in the best hands that they could be, which are the doctors, that thanks to them and to God I am here

Toño said that when circumstances allow, he would like to take his case to an entertainment project, such as a series or a documentary where he narrates the vicissitudes of which he came out ahead in his long hospital stay: 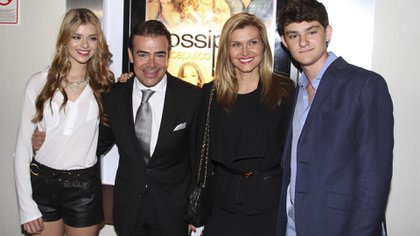 Toño Mauri is in the care of his family in Kenansville, Florida (Photo: Cuartoscuro)

The Mauri Alemán family will remain in Kenansville, Florida, for another month so that the actor can perform the physical therapy he requires, nine weeks after the transplant that saved his life. The actor also plans to create a foundation to help COVID-19 patients, as he wants to support people who, like him, have or are going through a tough recovery.

“My family and I are very peaceful, we are with great enthusiasm and desire to live, each one lived the experience in their own way and it has been very strong,” said the actor.

“Maybe I should have left by now”: Toño Mauri confessed after his brutal battle against COVID-19 and his lung transplant

Unrecognizable and grateful: Toño Mauri’s shocking interview after seven months on the edge of death from COVID-19

Andrea Legarreta and Galilea Montijo burst into tears in the middle of the “Hoy” program when they saw Toño Mauri, after seven months in hospital