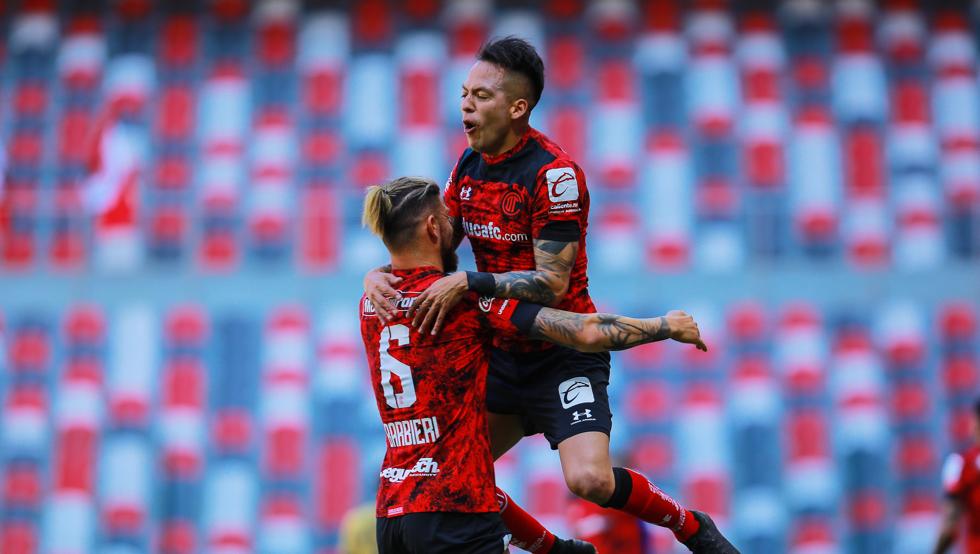 The Toluca from the Argentine coach Hernán Cristante, winner on Sunday 1-0 of the Pumas UNAM, lead the tournament Closure 2021 of Mexican soccer, at the conclusion of the sixth day this Wednesday.

With a goal from the Argentine Pedro Alexis Canelo, leader of the scorers, the Devils They caused the university students their third setback in four games and consolidated in the first place with four wins, a draw, a loss and 13 points, the same for America, which they outscored on goal difference.

Led by Argentine Santiago Solari, América was unscathed in a difficult game in which they defeated the persistent Querétaro 2-1, who with one less player on the court forced a tie until Henry Martín decided the duel in the 85th minute at convert a goalkeeper rebound.

Toluca and America take a point ahead of the Cruz Azul of Peruvian coach Juan Reynoso, the Xolos de Tijuana of Argentine manager Pablo Guede and Santos Laguna, of Uruguayan strategist Guillermo Almada.

This Wednesday Cruz Azul beat the Tigres 0-2 with goals from the Mexican Luis Romo and the Argentine Guillermo Fernández, which added his fourth victory in a row and rose to third place.

On Friday, the Argentines Mauro Manotas and Fabián Castillo gave the Xolos de Guede a 2-0 victory over León, which increased their crisis and dropped to the penultimate seat.

On Sunday’s match, Brazilian Matheus Doria took Santos on his shoulder, guiding him to a 1-0 win over coach Javier Aguirre’s Rayados de Monterrey, who received the first goal against in the championship.

Doria headed in the 60th minute and in the discount he shone as a defender by taking the ball that could have meant the tie from the goal line.

On Friday, the Peruvian-Mexican Santiago Ormeño scored three goals to lead Puebla’s attack in their 4-0 win over Juárez FC and San Luis beat Mazatlán 0-3, with a pair of goals from Argentine Nicolás Ibáñez. who reached five goals, one less than Canelo.

Atlas defeated Pachuca 1-0 on Sunday with a goal from Argentine Victor Malcorra and Guadalajara drew 2-2 with Necaxa on Saturday, in the other matches of the sixth round of the tournament.