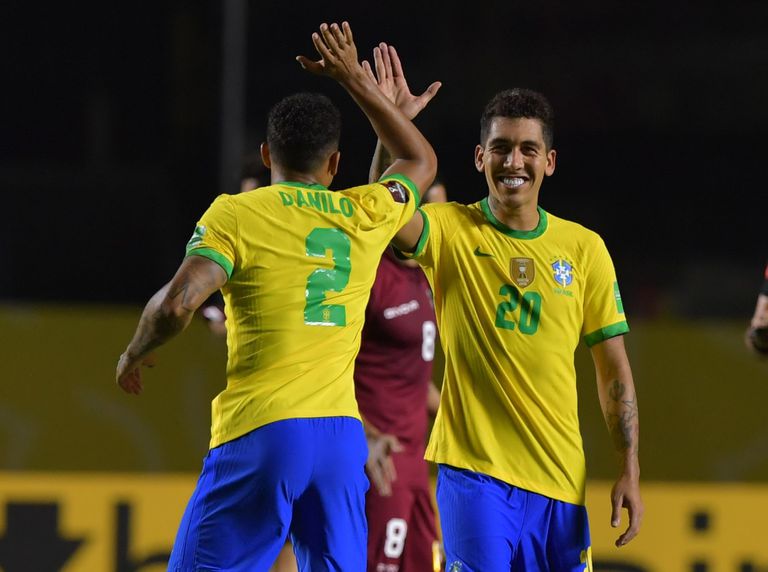 Tite’s Brazil marks the passage from the South American qualifiers to the 2022 World Cup, as it did four years ago on the way to Russia. The five-time world champion maintains his perfect pace towards Qatar, with a score of nine points out of nine possible in the first three days that leave him as the lonely leader. The national team remained faithful to their habit of winning despite notable absences for this Friday’s game against Venezuela, which they resolved by the minimum (1-0).

Adenor Leonardo Bacchi, better known as Tite, could not count on some of the strongest columns in his team. Neymar, or undisputed craque of his selection and author of three goals in these qualifying rounds, suffers groin discomfort. Philippe Coutinho was also absent due to injury and Casemiro, the machine room leader at both Real Madrid and Canarinha, tested positive for coronavirus. Despite these absences, the South American giant had the luxury of deploying an attack with three Premier League figures: Gabriel Jesus, from Manchester City, alongside Richarlison, from Everton, and Roberto Firmino, from Liverpool, the author of the only goal in Morumbí de São Paulo. José Peseiro’s weak red wine sold his defeat dearly, but still does not score a single point.

With the victory, Brazil also maintained the overwhelming pace they have maintained since Tite relieved Dunga after just six rounds of the last qualifying rounds. In that virtuous cycle, they have won 13 of the 15 games they have played and have only given up two draws at the end of the road to Russia, already classified, when they drew 1-1 against Colombia in Barranquilla and 0-0 with Bolivia in La Paz. With these results, Brazil planted in 41 points and let go of the opportunity to establish a new record in the previous edition, but in these it could well exceed the 43 points -of 53 possible- that Marcelo Bielsa’s Argentina reached on the way to Korea and Japan 2002.

Between one tie and the other, Brazil succumbed to Belgium (2-1) in the quarterfinals of the World Cup in Russia, to which South America said goodbye with wounded pride to the undeniable superiority of Europe, which put all the semifinalists. A standard bearer of balanced football, attacking and defending with confidence, Tite survived the “game of thrones” on the South American benches after the World Cup and took it out at home with last year’s Copa América title. His pupils were crowned with a balance of four victories and two draws, with 13 goals in favor and only one against – a penalty, against Peru, in the final that they won 3-1. With that trophy, the strategist became the first coach to get the Conmebol treble by winning the South American Cup (with Inter de Porto Alegre, in 2008), the Libertadores (Corinthians, 2012) and the national team tournament on the pitch. of the Maracana.

In some atypical qualifiers, after almost a year without the teams meeting to train due to the pandemic, Brazil’s performance can be contrasted with that of the other two teams with greater continuity. Just as the South American giant renewed Tite after the World Cup, Uruguay continued its near-perpetual bond with Óscar Washington Tabárez and Peru made sure to keep Ricardo Gareca from Argentina. The comparison exalts the work of Tite in Canarinha, which has not detached itself from the first place, while in this campaign the celestial adds six points after its unprecedented triumph against Colombia in Barranquilla (0-3), all a warning of face to next Tuesday, when it receives Brazil in the Centennial of Montevideo. Peru, which lost to Chile in Santiago (2-0), has fallen to eighth place in the table with just one draw in its first three starts.

Although they are just the first days of a long 18-round qualifiers that are usually resolved until the last breath, Brazil rides them comfortably. In his 15 meetings conducted between the last edition and this one, the Canarinha strategist accumulates 41 points out of 45 possible for a performance above 90 percent. But in the country of the five-time champions, nobody is fooled. The classification is taken for granted, the true revenge can only come in Qatar 2022.

📈 Methodology of the projection of trajectories

For the last six World Cups, there have been four Conmebol leagues with 10 teams each, always the same ones. On two other occasions there were nine. Based on the chances with these 10 teams, we define a series of approximate ranking probability ranges based on possible points, ranging from zero (18 games lost) to 54 (18 games won).

Enter safe: it is at 43 (the highest score ever achieved by a team in the qualifying league –Argentina: 43 for the 2002 World Cup– or more). 42 is also the highest score in a league with four teams tied for the most (12 wins, 6 draws).

Very likely: is at 31 (one point above the fourth highest ever achieved) or higher.

> 50%: is at least 29 (in three out of four occasions, that score has meant classification).

Very unlikely: is between 26 and 23; no team has qualified directly, but it is the frequent access fan to play-offs (fifth place).

Out almost certainly: is below 23; on no occasion has anyone directly or indirectly ranked in this scoring range.

The exercise presented here with the 2015-2018 league shows how the real trajectories of the different teams fit, with the ideals of each slot.