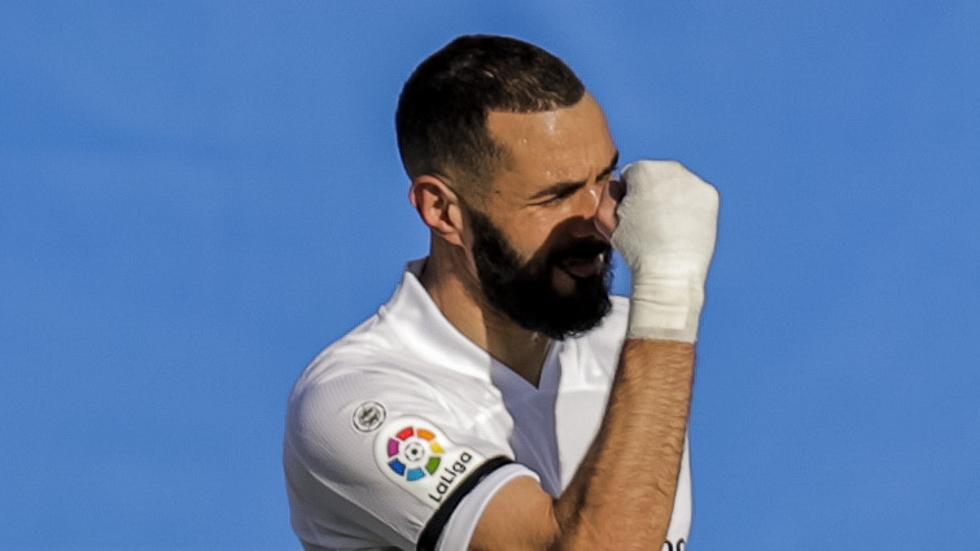 The Real Madrid go to the stadium Jose Zorrilla to face this Saturday Valladolid without his offensive reference, the French striker Karim Benzema, author of 17 goals this season, in which he has lost three games and his team was only able to win one without him, in Milan in the Champions against Inter.

Zinedine Zidane He is obliged to seek solutions at the attack point of his team, in which, after letting the Serbian out in the winter market Luka jovic, it only has Mariano Diaz, who has not completed a match since Benzema’s last absence, the league hit against Alavés (1-2) on November 28.

Mariano has signed a goal throughout the season, against Villarreal in the La Cerámica Stadium, in which he has participated in twelve meetings. He started in four, Benzema’s three absences and the French forward’s substitution in the Copa del Rey against Alcoyano with such a bad memory for Real Madrid.

Karim is the benchmark for Real Madrid’s goal. Author of 12 of the 41 of the team of Zinedine Zidane in LaLiga Santander, with four goals in the group stage of the Champions League and the one that scored the only goal for the Whites in the elimination in the semifinals of the Spain Supercup against Athletic (1-2).

In their few absences, the Madrid team suffered, except at the San Siro stadium in Milan, when Real Madrid faltered in the group stage and Eden Hazard penalty and the Brazilian Rodrygo They signed a victory (0-2) the only day that Karim’s football was not missed.

The French striker had suffered a muscle injury in Mestalla against Valencia, on November 8 and before the European duel against Inter, the first match that was lost, was settled with a draw by Real Madrid on their visit to Villarreal (1-1).

The injury left Benzema three games out of the team. The latter showed the need for his game in one of the worst meetings of the season for Zidane’s team, with the defeat at the stadium Alfredo di Stéfano against Alavés that complicated the options of defending the crown.

For Valladolid, Zidane does not have much to improvise, with only eleven field players. The loss of Benzema will replace it with Mariano. Another option with less possibilities would be to place Isco Alarcon false ‘nine’, but he is a player who has stopped counting for the coach, or bet on the Castile forward Hugo Duro, who will wait for his opportunity on the bench.