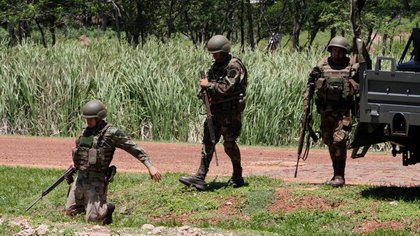 Three alleged members of the Paraguayan People’s Army (EPP) They died last night in a confrontation with the security forces in the north of the country, where that guerrilla has kidnapped former vice president Oscar Denis, 74, since September, official sources reported this Saturday.

The Joint Task Force (JTF), the elite body that fights this guerrilla, reported that the deceased are “three adult men belonging to the criminal group”.

The source did not give details of the specific place or time where the crash occurred, which according to local media occurred in hours of Friday night in an area of ​​the department of Amambay.

Likewise, the Paraguayan president, Mario Abdo Benitez, wrote in his social networks that the FTC “reports three people killed belonging to the criminal group of the North after confrontation”.

In fact, the president, of the conservative Colorado Party, he moved to the city of Concepción at dawn to meet with the leadership of the FTC, made up of the military and police. Forensic experts from Asunción also traveled to the area to identify the deceased.

In the area between the departments of Concepción and Amambay Denis was kidnapped in early September, who was intercepted by several armed men when he was traveling in a vehicle, after leaving the cattle ranch he owned.

Denis, who was vice president of the liberal cabinet that governed Paraguay between 2012 and 2013, was kidnapped along with an employee of that estancia, a 21-year-old indigenous man who was released days later and who was in the vehicle.

Days later Denis’s family announced that already met the PPE condition to free him: the distribution of food and supplies worth two million dollars among 40 peasant communities in the north. 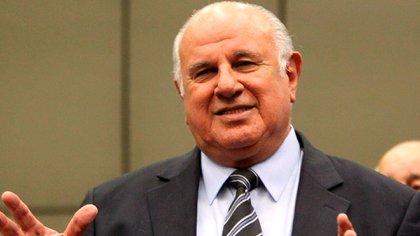 They also requested the holding of a Summit of Powers to address the problem of violence in the north of the country so that no more kidnappings and armed actions by the EPP take place.

The proposal was supported by relatives of Edelio Morínigo, the policeman kidnapped by the EPP six years ago, and Felix Urbieta, a rancher kidnapped four years ago, also in the north of the country, by a guerrilla split.

Founded in 2008 from Marxist postulates, the authorities attribute some 50 murders to the EPP, as well as kidnappings and extortion of agricultural producers in the north of the country.

These markets continue to sell and kill animals such as turtles, frogs, ducks, geese, pigeons and others, and crowds of people flock to them.

These markets continue to sell and kill animals such as turtles, frogs, ducks, geese, pigeons and others, and crowds of people flock to them.