Home>World>This will be the ‘acceleration’ in Spain to go from 2.8 million vaccinated in April to 33 million in August

The President of the Government, Pedro Sánchez, has appeared this Tuesday to present the next advances in the vaccination campaign against him coronavirus, and has confirmed the great leap that will be made in the strategy to go from the 2.8 million Spaniards vaccinated with complete guideline that was dated Monday until 33 million, 70% of the population, at the end of August.

Sánchez assured that the Spanish health system has the capacity to administer 3.5 million weekly doses.

On this basis, the Government plans to reach the following levels in the number of vaccinated with complete regimen (one dose for Janssen, two doses for Pfizer BioNTech, Moderna, AstraZeneca and Curevac, forthcoming) in the following months.

Forecast of vaccinated with complete schedule in Spain 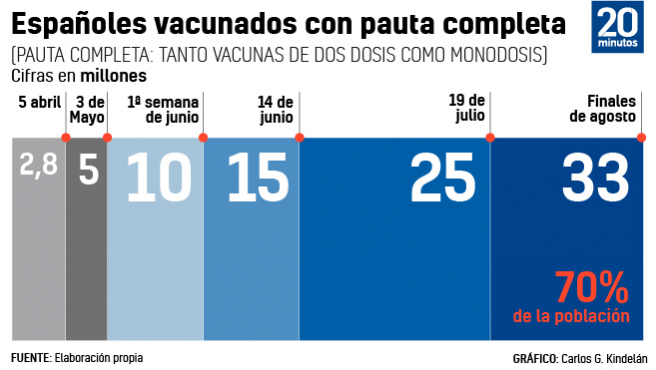 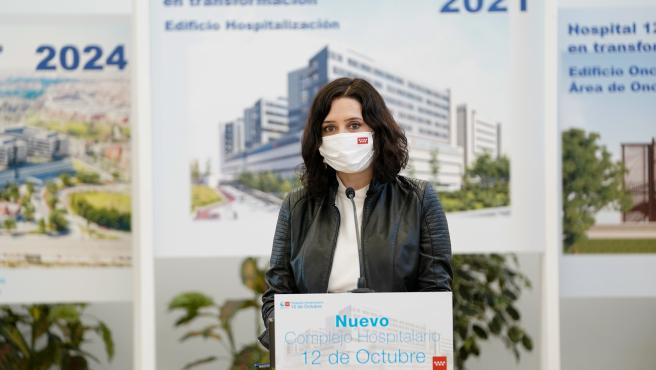 Likewise, Sánchez has given numbers on the arrival of vaccines in the coming weeks. The president has stated that Spain has contracted 87 million doses, which will arrive between April and September, with which it will be possible that “any compatriot who wishes can be vaccinated.”

During the second trimester, between April and June, 38 million will arrive in our country of vaccines from Pfizer BioNTech, AstraZeneca, Modrna and Janssen.

The latter will mark a milestone in the campaign, since it is a single dose, which will speed up immunization by not having to wait several weeks to apply a second dose and have the complete schedule. From Janssen will be received from April 14 and until June 5.7 million doses.

For him third trimester, between July and September, they are going to arrive in Spain 48 million doses of the four vaccines authorized in Spain, which are will add a fifth, the German Curevac,