Home>Sports>Motors>This was the debut of the Extreme E: the best images

The championship of electric off-road vehicles that race in the fight against climate change began in Saudi Arabia and left us with spectacular images and the first Spanish podium. 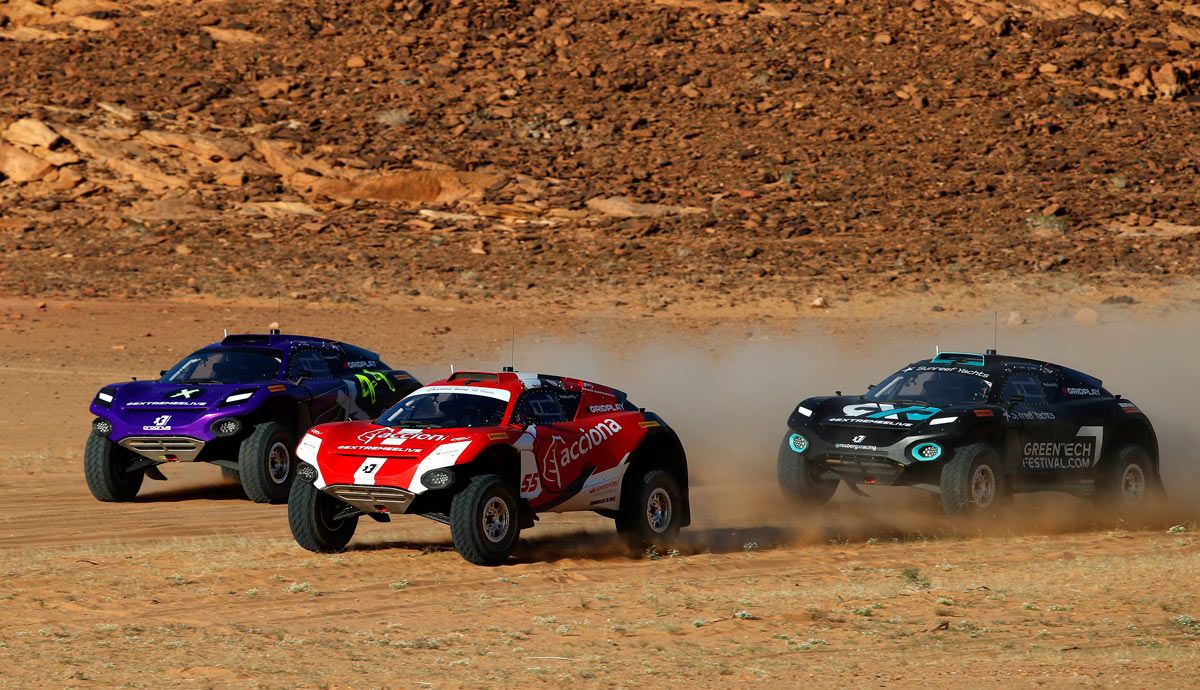 The Extreme E debuted last weekend in the Al Ula desert, in Saudi Arabia, one of the scenarios of the last two Dakar rally. It was the first X Prix in history, trying to give visibility to one of the problems that concern the climate change: desertification. The first races of the 100% electric SUVs and with mixed driver templates they left us images to remember.

The riders of the nine Extreme E teams.

Extreme E: that’s how the races were

The first X Prix of the Extreme E was won by the team led by Nico Rosberg, with the rallycross expert Johan kristofferson and the Australian champion Molly taylor at the wheel of his Spark Odyssey 21 with 550 hp and 920 Nm. They completed the podium the couple of Andretti United, with Timmy Hansen and Catie Munnings, and the Lewis Hamilton’s team partner, the X44, with Sébastien Loeb and the Spanish Cristina Gutierrez.

After the shakedown, a qualifying session was played as a time trial. The idea was to hold qualifying races, but the problem with airborne dust who left the cars throughout the 9-kilometer circuit advised to change the format. Here, Loeb and Gutiérrez took the first “pole”, ahead of the Spaniards Carlos Sainz and Laia Sanz of the Acciona team.

In the subsequent semifinal races and the “crazy race” the three finalist cars mentioned above were determined. These races consisted of two laps: one completed by each pilot, with a change between each of them (in the purest endurance style), in which they had to go through some “doors”, as “way points”, to register 9 kilometers of route. There was no shortage of sand, dunes, spectacular slopes, broken terrain … 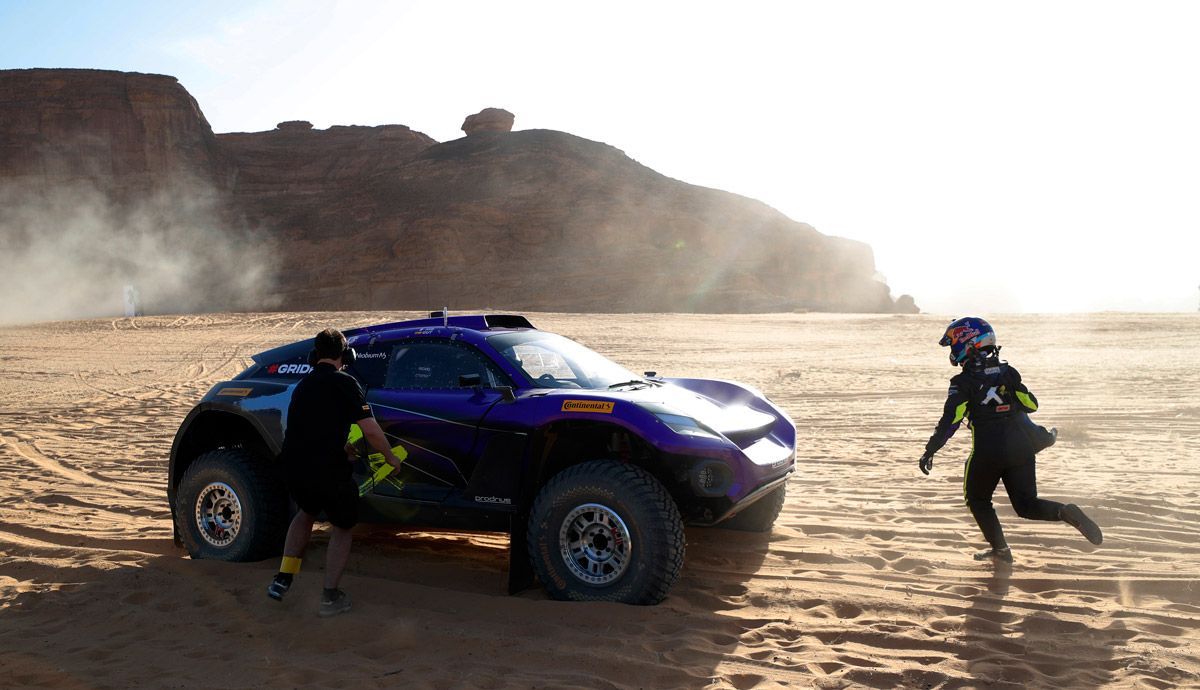 This is how the rider changes are on the Extreme E.

The team rosberg couple left Saudi Arabia as leader of the championship, with 35 points, for the 30 of the team Hamilton couple. Sainz and Sanz are fourth with 26 points. On the other hand, the other Spanish teams Hispano Suiza finished fifth, while Cupra he was not so lucky, with a couple of accidents over the weekend that weighed down his chances.

In the next video can you see the summary of the different races held and check how the first contact of a championship, created by Alexander Agag, which has given much to talk about. Having the chance to see two super champions like Loeb and Sainz side by side in open-field races in the desert was one of the incentives. The next appointment, at the end of May, in the Pink Lake of Senegal.

The Extreme E, on video.