Plants, unlike animals, do not express as well when they need water, food or if they are in danger. And, often, by the time we realize it, it may already be too late. InnerPlant seeks to solve this, and for this they have created a genetically modified plant to shine in case you need something.

The technology that InnerPlant has developed they have put it into practice first with a tomato plant (Yes). Its tomato variety is called, how could it be otherwise, InnerTomato. This variety has been genetically modified and now shines thanks to a fluorescent protein, but it does so only if it needs water, is attacked by insects or does not have enough nutrients. 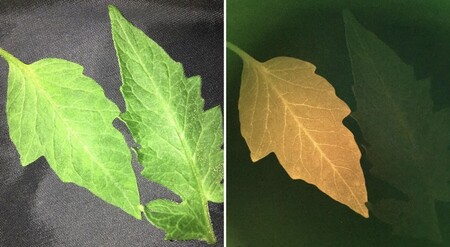 Helping the plant only when it needs it

Farmers usually irrigate the plants or cover them with pesticides from time to time and on a regular schedule. This prevents a shortage of water or pesticides for them, but can also lead to overexposure to water or pesticides. InnerPlant’s solution goes through the plant itself advises when it needs something.

According to InnerPlant account, when your plants are in the early stages of stress, they produce fluorescent proteins to warn of it. These proteins are not seen with the naked eye, but with a special camera it is possible to photograph them and see how they glow in different varieties of colors. In different varieties of colors because the plant produces three different colors to warn that it lacks water, that there is the presence of pathogens or that there is a deficit of nutrients.

Currently the company claims to be testing its InnerTomato plant in California fields. They also say they are working on a variety of soybeans that can produce the same fluorescent glow should they need help. However, it is not yet mass-sold or even marketed. Because for that, we must first see if it is profitable or not. And to be profitable they must achieve a production cost for the seeds equal to or lower than traditional seeds. 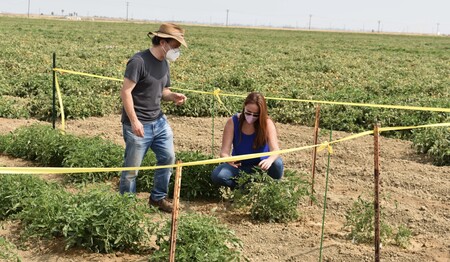