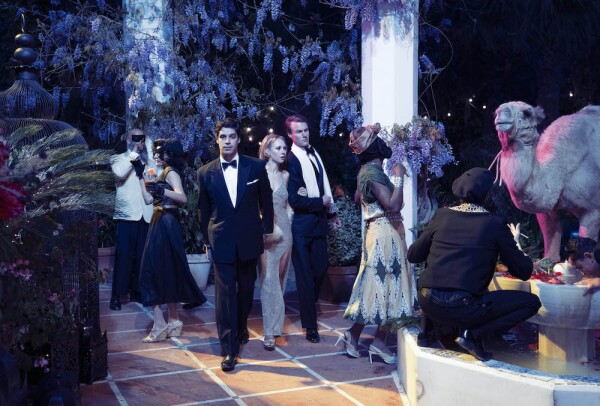 Your biggest inspirations to design the costumes, maybe a famous person?

Movies from the 50s. I designed Little Birds two years ago, so I don’t remember very well, but I think I started watching movies from the 50s. I read Little Birds, I read a lot about homosexuality in the 50s, how much repression there was about it, it was a different world and men and women were very repressive on a sexual level. I investigated that world. I also found videos of people arriving by boat to Tangier from Spain and we also found material from Tangier in the 1950s, of people going down the street, going to cafes. We had a lot of references to that. 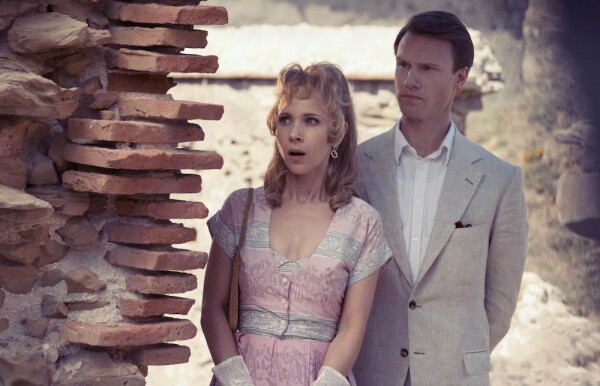 Did you give yourself some freedom when creating the wardrobe or is everything very attached to the fashion of the time?

I did take liberties, although we did set some rules: if there’s something from 1955, that’s fine, but anything outside of that year isn’t going to work. We create a certain language for each garment. There was a silhouette that I tried to use a lot and that is seen both in the clothes of the extras and in those of the protagonists. I wanted to create that feeling that once Lucy left New York, she went to a completely different world, which was totally strange to her where she could grow as a person, as a woman and where she felt free to be herself.

Did you take Tangier’s climate into account when creating the costumes?

Yes, I know Spain very well and I knew it was going to be very warm and sunny compared to England, but I didn’t realize when we arrived there was a hurricane! So in the first scenes the dresses of the 50s of the ladies were raise. It was very difficult. On the other hand we had the light, it was so pure and clear and so blue. For me it is important to use colors that complement the landscape and the sky. We use natural colors, natural, sensual dyes.