FIFA 21 sales skyrocket thanks to sales, but they don’t beat the Nintendo Switch exclusive game. 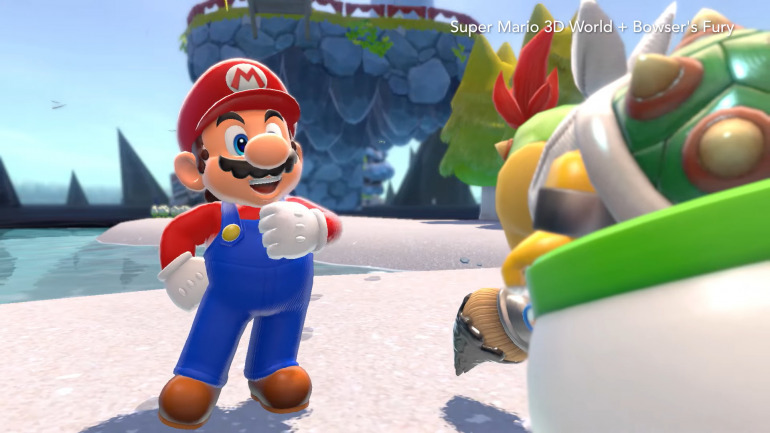 Super Mario 3D World + Bowser’s Fury enjoyed a very successful launch this month, as evidenced by weekly video game sales in the UK. Shared by Games Industry based on GfK data, and always referring to the Physical format, sales for the week of February 14 to 20 put the game back Nintendo Switch exclusive as the best seller, above a FIFA 21 that does not stop increasing its sales thanks to the offers.

It is, so far, the most successful launch of the yearBut let’s go in parts. The return of Super Mario 3D World takes first place from the UK charts for the second week in a row, following a 61% drop in sales that is customary after launch week. In this, the aforementioned medium indicates that it is “comfortably” best selling new game of what we have in 2021. A predictable figure, given the lack of launches that prevails at the moment; and that places its figures above those of other renowned titles such as Hitman 3, published in January.

In second place we find FIFA 21. EA Sports’ soccer game shot up its sales by 140% last week thanks to offers, and now increases them by 59% more (on the previous climb) to cement himself in the second position of the podium. Mario Kart 8 Deluxe closes its head after a 19% increase in its sales, and Games Industry points to a very atypical reason for this: in the United Kingdom there have been out of stock nintendo switch, and the only way to get its standard model was in console packs with a game, like the latest Mario Kart.

In this way, and surprisingly, Animal Crossing: New Horizons stays off the podium and drops to fourth position. As we mentioned before, and given the global situation due to the pandemic, the first months of 2021 are marked by the shortage of new releases. And this, according to the aforementioned media, will make this year’s sales rankings depend largely on active offers in games, and on stock availability of the three main consoles: Nintendo Switch, PlayStation 5 and Xbox Series X.

The point is that Super Mario 3D World continues to dominate After its premiere, and if you have not yet dared with this expanded adaptation of the Wii U game, here is our analysis of Super Mario 3D World + Bowser’s Fury. Likewise, we also invite you to review our analysis of FIFA 21 with all the details about the latest installment of EA Sports. And to top it all, these were the 10 best-selling games of the week in the UK: