Besides being one of the most popular titles of recent years, Fortnite It is also the game with the most cheats today. This information is confirmed Surfshark, a cybersecurity agency that carried out a study on the subject and also revealed the country that cheats the most in video games. 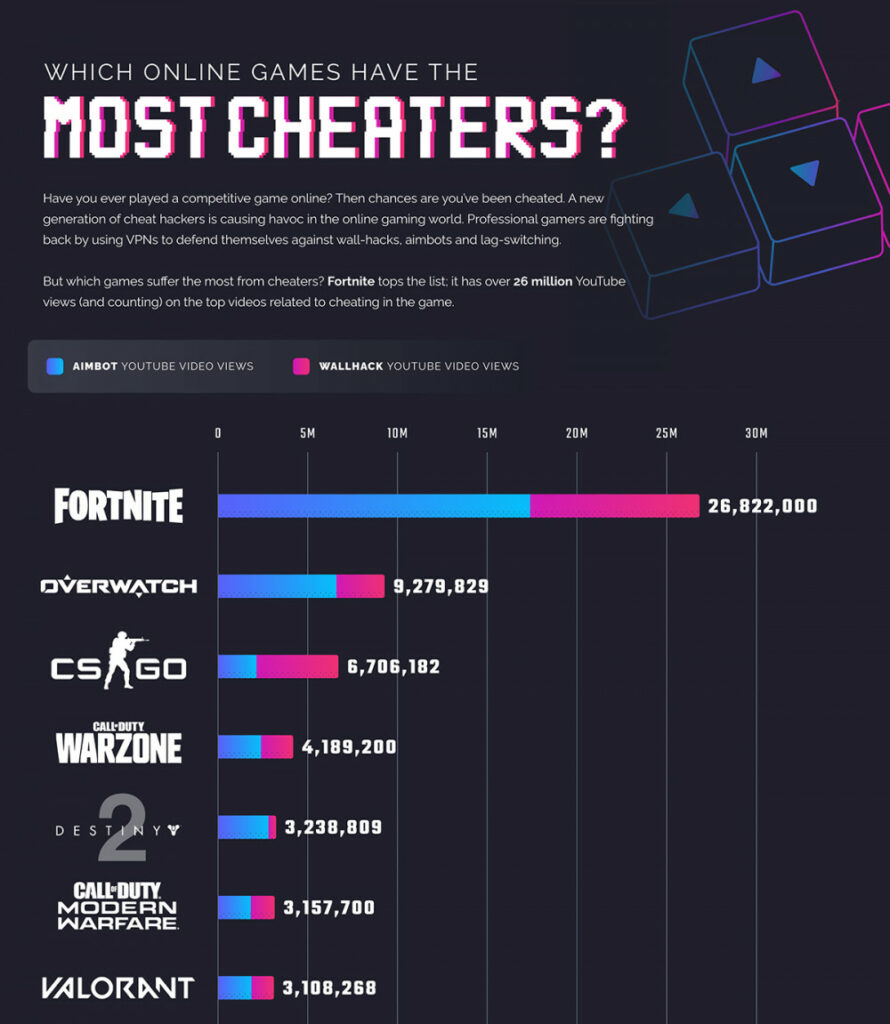 In total, the videos explaining how to cheat on Fortnite reach 27 million views in Youtube. Specifically, the most popular category of cheats has to do with the infamous aimbots, which allow automatic targeting. Second are the wallhacks, to see your enemies through the walls.

Similarly, it was revealed to Sweden as the country with the most cheats. In the report of Surfshark you can read the following:

According to the figures, Sweden holds the title of ‘World Champion’ of cheating, with the United States and Australia tied for second place. Sweden is known for its excellence in eSports, but it is important to note that eSports are considered relatively cheat-free. Maybe the cheating masses in Sweden are just trying to emulate the skills of their local idols. “

we hope that Epic games it can improve your anti-cheat system.