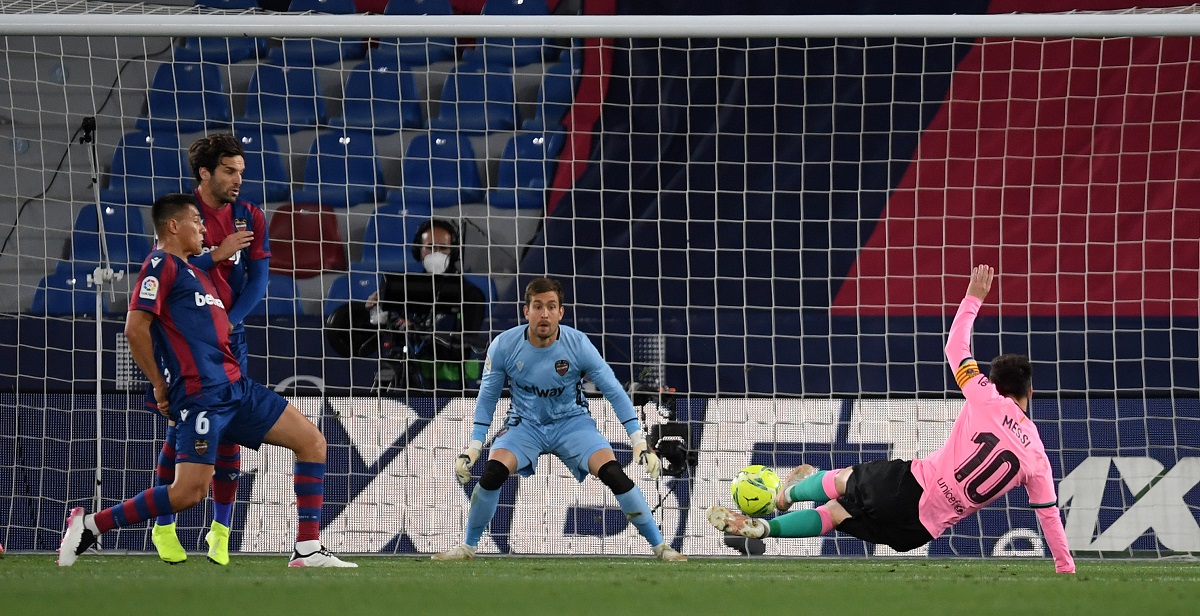 In difficult moments it is, in quiet days it is, in passages of torment it is also. It’s the captain and Lionel messi assumes his leadership with goals while still mounted in the boat of the FC Barcelona. The renewal for later, now the goals are worth it.

After the departure of Dani Alves from the Catalan club, the most repeated combination dressed as a Blaugrana is that of Jordi Alba with Lionel Messi. A back or filtered pass in which they are involved is a real and imminent goal danger.

It was the 25th minute of the first game when Pedri saw Jordi Alba pass by on the left and decided to unload with him. Before receiving, the Barcelona side had already detected that Messi was in the large area waiting for a precise center.

He threw the long pass, slightly deflected in Miramón, and Messi caught it with his left leg directly into the back of Aitor Fernández’s goal.

He defined scissors and without dropping it, with the class that characterizes him in a game where his team was risking the possibility of being provisional leader of the Spanish La Liga. That Messi’s goal was the 27th so far in 2021 in all competitions, he also gave 9 assists in 28 games.

Then Pedri increased the lead in the first half, also with his left leg.

In the second half the local team tied it with a sudden and effective attack. Gonzalo Melero (56 ′) and Morales (59) billed for the 2-2 set. Ousmane Dembele again gave the lead to the team led by Ronald Koeman in the 63rd minute with another excellent definition. And as there was one more emotion left, Sergio León tied it at 82. Unforgettable match of matchday 36.

The Catalans were able to second with 76 units, one more than Madrid and one less than Atlético. The latter will play this Wednesday and Thursday.