Not too long ago Netflix considered that reality they were not particularly valuable content. The last format crisis took place around 2015, when Amazon (in its subscription content service at the time, Instant Video) decided not to extend its contracts with Viacom for this type of program. Products from the very popular producer and distributor at the time, such as MTV’s ‘Teen Mom’ aroused less and less interest.

This happened even after Netflix also stopped acquiring Viacom shows in 2013. This decision was followed by Amazon as the company’s main customer, but it didn’t last long, just a couple of years. In that same 2015, Ted Sarandos, the platform’s content manager, commented at an investor meeting about this trend that “the disposable nature of reality it does not have too much travel “. And he concluded: “It has not been a particularly beneficial category for us.”

But that purpose has changed. Among other things because since 2015, in just six years, the landscape has been completely transformed. For starters, the competition has multiplied (new competitors such as Disney + have appeared, and many others have reconverted, often enhancing their reach and ambition, as is the case with HBO Max, Amazon Prime Video, CBS All Access and many others) . To follow, the intentions of Netflix, and its suffocating rhythm of exclusive premieres (or almost) is clear sign that the platform wants to become the only service (again, or almost) that the majority resort to of the spectators.

And for this you have no choice but to expand the variety of your proposals. Producing only new series – no matter how much ‘The Witcher’ or ‘Stranger Things’ are true standard bearers of the channel as in their day ‘House of Cards’ or ‘Orange Is the New Black’ were – is not enough. A few months ago we were talking about how anime has become a new content banner for Netflix, and It is not the only thing: now there are more variety of competitions, documentaries, comedy specials … and reality.

That policy has changed in the last year: the second half of 2020 and so far in 2021 has seen the premiere of a handful of reality shows that have performed very well in terms of audience (Netflix does not make it public, but their renewals and impact on social networks suggests that the policy change is being profitable for them). For example, they called the risque couples reality show ‘Playing with Fire’ as “one of the biggest hits in our history,” acknowledging that it had had a tremendous impact in Japan. And there will be a Brazilian version of the program soon.

And this year there have been two other programs that are also very successful: ‘The Circle’, a kind of Big Brother with a technological excuse, who in record time has recorded two seasons in the United States, one in France and one in Brazil; and ‘Love is Blind’, a dating reality camouflaged as a social experiment about love that is already preparing its second season and its Brazilian version. They are not the only ones: there are other less impact realities, most licensed from other platforms, such as ‘From date to date’, ‘Get married or die’, or ‘The big day: The wedding industry in India’, all bridal theme. 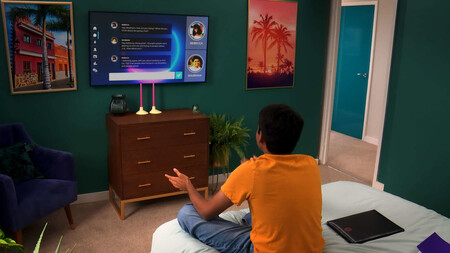 The opening of Netflix, trying to attract all kinds of audiences and not just fictional consumers, has led Sarandos, in his latest statements to shareholders, to say that “the greatest motivation to invest in reality TV and non-scripted products is not that they are cheaper to produce “, but the impact it has on people’s lives. And he concluded: “if we are trying to become a key destination for entertainment, ignoring a platform-dominating form of programming would be foolish on our part“.

Whether they get it or not remains to be seen, but for now the Netflix machinery has taken a step in the direction of Spain. This week he announced the launch of ‘Insiders’, the platform’s first Spanish reality show. Presented by Nawja Nimri, the rules are not very clear yet, but Netflix has decided to start talking about it at a very precise moment: when Amazon Prime Video is stepping on the accelerator of the same format. 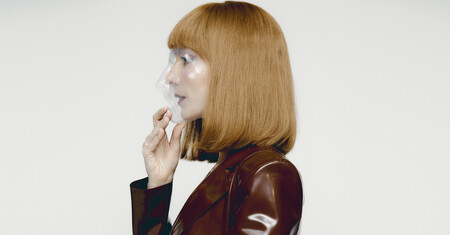 Amazon Prime Video has been relentlessly announcing two powerful cannon shots in this format for a couple of weeks. They are not exactly reality shows as we understand programs like ‘The Circle’, but they have gameplay mechanics. But the contestants are famous, so we’re approaching a middle ground within the swampy waters of reality TV.

One of them is’ LOL. If you laugh, you lose ‘, an update to the ‘Don’t Laugh It’s Worse’ mechanic in which the contestants are comedians like Yolanda Ramos, Silvia Abril, Edu Soto, David Fernández and many others, led by Santiago Segura, and in a format that seems to come directly from linear open programming, Mediaset style. The other, ‘Celebrity Bake Off Spain’, the version with celebrities of a Master Chef of desserts that already had an open incarnation, which will be presented by Paula Vázquez and Brays Efe and where names such as Esty Quesada and nothing less than Esperanza Aguirre.

More in terms of classic reality, the aforementioned Netflix’s ‘Insiders’ moves, the first Spanish of the platform and whose operation still remains in the most absolute of secrets. It is known that his anonymous participants come from a massive casting organized by the production company iZen, and which remains open until a final phase to be held this May in Madrid.

With a deployment of 60 cameras to record the experiment and a prize of 100,000 euros, there are no more details on ‘Insiders’, but it is perfect proof of the revitalization of the format. While the big names in television in Spain, such as Mediaset, are very clear that reality shows are an essential asset for their programming -literally: without them the programming would not exist-, streaming platforms are trying new ways of recycling old formats. Perhaps with the hope that they will end up overtaking the great fictional epics, dozens of times more expensive, in the interests of the viewers.