Giant, gaseous and light, super-puff planets could be the dimensions of Jupiter and have the density of cotton candy.

About 212 light years from Earth, in the Virgo constellation, an extraordinarily light giant revolves around its host star. About the size of Jupiter, this exoplanet appears to be 10 times lighter than the most massive planet in our Solar System.

A new investigation conducted byr scientists the University of Montreal reveals the existence of huge planets with very low densities. For this reason, they have been colloquially called “planets super-puffs“: It seems that they could have the density of a cotton candy.

We suggest: No: the signal detected by NASA from Jupiter does not have an extraterrestrial origin

Super-puffs are gas giant planets, like those seen beyond the asteroid belt in our own Solar System. He team of astrophysicists of Montreal analyzed the internal structure of the planets, and they realized that their solid nuclei did not exceed more than 4 times the mass of Earth. 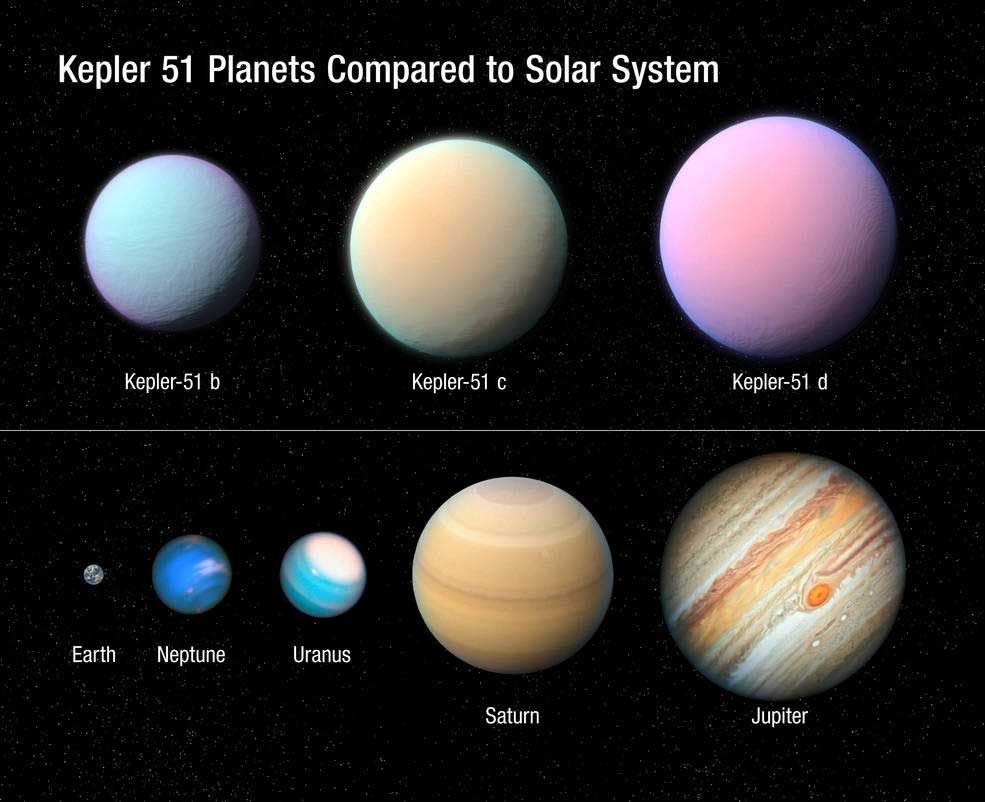 This means that more than 85% of its mass is made up of a gas shell surrounding the center. Perhaps the most iconic cases are found revolving around the star Kepler-51: they are three giants whose total density does not exceed 0.1 g / cm³. Originally discovered in 2012, they have had important implications for the study of celestial bodies.

Björn Benneke, professor of astrophysics at the University, he was the one who announced the presence of water on a similar exoplanet. Regarding the super-puffs, he highlighted the following in a statement:

“This work addresses the very foundations of how giant planets can form and grow. It provides concrete proof that a massive build-up of a gas envelope can be triggered for nuclei that are much less massive than previously thought. “

In the study, the Canadian team did extensive analysis on the physical makeup and structure of super-puff planets. They discovered that in the absence of a massive core, these gas giants crossed the critical threshold needed to accumulate and retain your large gas envelopes.

They discover the oldest super-earth ever found

The 5 most important space missions of 2021