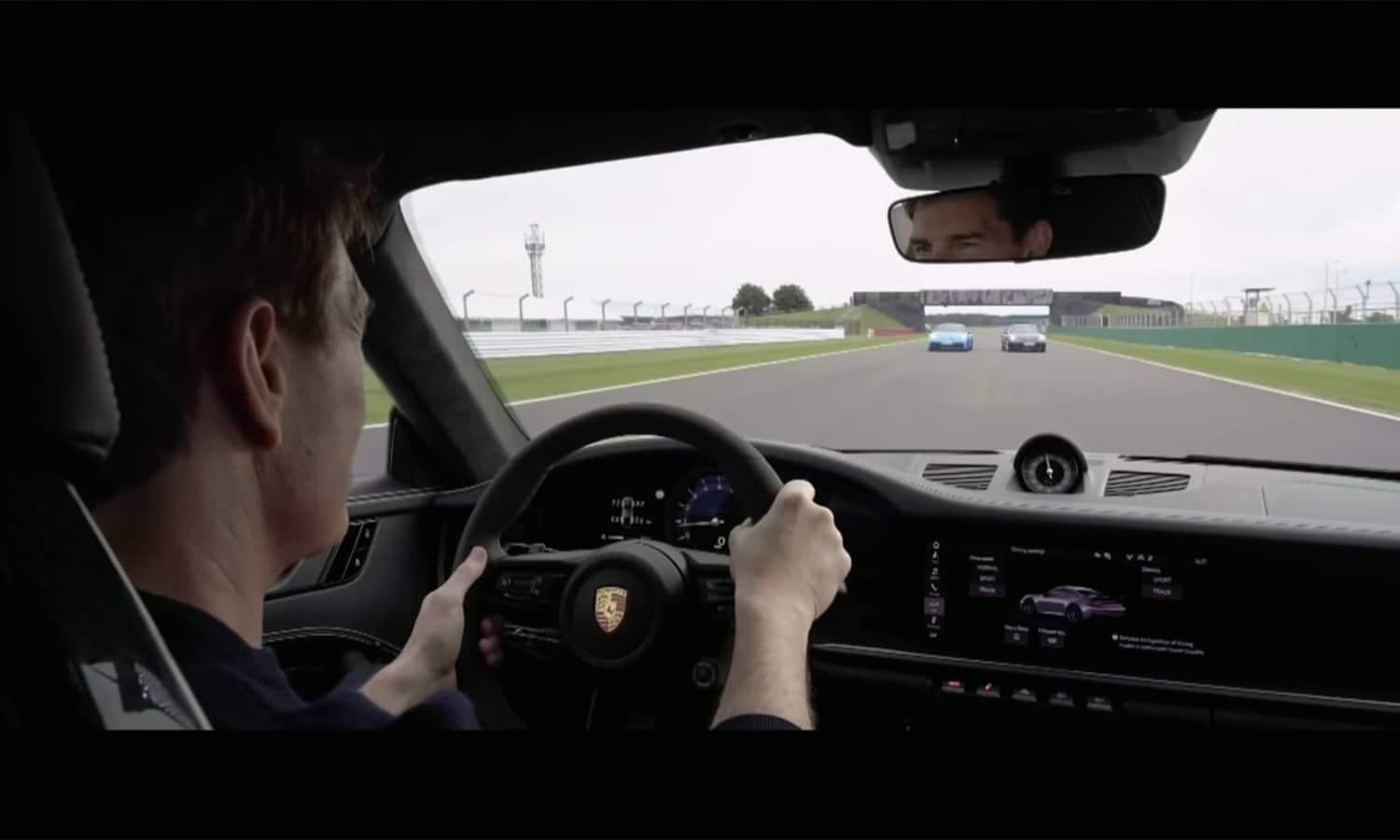 The most cinephile and passionate about action movies you have surely seen on more than one occasion the Top Gun movie. Of course, you will also know that the second film will be released in November, specifically on the 19th, and that in addition the American Tom Cruise will continue to appear as the protagonist.

Sure you really want to see it on the big screen, but for now we have to wait. To liven up this wait, we leave you a promotional video newly released that will make you one or more smiles. In the, Tom Cruise duels a Porsche 911 against Mark Webber and David Coulthard. Hit play and don’t lose any detail!

A spectacular soundtrack, clips from the film, the silverstone circuit, a prestigious actor, two F1 drivers and three Porsche 911 GT3s. Can you think of a better way to promote this long-awaited movie? Lots of action and also a good dose of humor. There is no doubt that Cruise, despite approaching 60, is still in top shape.

We already know one of the reasons why the actor has been seen by the last F1 GP, last weekend.

From minute 3 of this promotional video, the real doses of adrenaline begin, at least in terms of driving. Skidding, chasing between the protagonists and “Danger Zone”, by Kenny Loggins, playing in the background.

In this short film Tom Cruise chases the two former Formula 1 drivers along the British track. What’s more, they imitate some of the scenes from the movie, swapping fighter jets for these high-caliber supercars. The simulation of having their opponents in the spotlight also attracts attention and amuses us, emulating the shots with the cam for the change.

To top off the video, everyone sings “You’ve Lost That Loving Feeling”, without a doubt, quite a moment.