In the new space race, China is the one who carries the most speed. After announcing its goal of placing a permanent base on the Moon alongside Russia, the Asian country has its eyes set on Mars. They say that will send a manned mission to Mars (the first in history) by 2033. If they do, they will get ahead of the United States, Russia and any other nation.

The Chinese state media have published the statements of the authorities in this regard at the 2021 World Space Exploration Conference held this past Thursday. Wang Xiaojun, head of the Chinese Academy of Launch Vehicle Technology, one of the country’s state-owned aerospace companies, has been the one to report. Said the country has planned five missions to Mars.

Five missions, ten years, a permanent base and the “Stairway to Heaven”

Wang Xiaojun indicated that China plans to send a total of five missions to the Red Planet. The missions will occur between 2033 and 2043. Throughout this decade they hope to send the first humans to Mars. However, there are ambitious plans by China both before humans set foot on Mars and after.

As they have explained, they need to do more unmanned missions first before sending people there. Among them, the already present on Mars as well as future ones to bring samples of the Martian planet stand out. Once they have the samples and can better study the surface of Mars, they will consider how to begin to place a permanent base there. 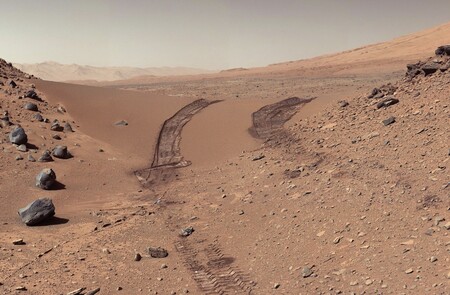 China’s goal is launch the first manned mission to Mars in 2033. For the next ten years they will build the permanent base on the surface of Mars. But there is more, a “third phase” in which they hope to establish a stable communication network between Mars and Earth with regular missions. To make this more viable, they even propose a “Stairway to Heaven”, which is a series of stations halfway so that the astronauts can stop there during the trip.

Be the first or not, what is clear is that they have the most ambitious plans to date. China has been the only organization to offer a definite date for its manned missions to Mars. For the rest, the closest thing seems to be SpaceX with its Starship. Of course, Elon Musk has not yet given a specific date to send humans there.

The great impediment here is none other than money. Space programs require a lot of money, especially if you plan to go as far as Mars. May China get it before anyone else it will depend essentially on the money you decide to invest in it, of national pride in being the first and becoming leaders in space exploration.