Home>Tech>Gadgets>This happens when boiling an iPhone 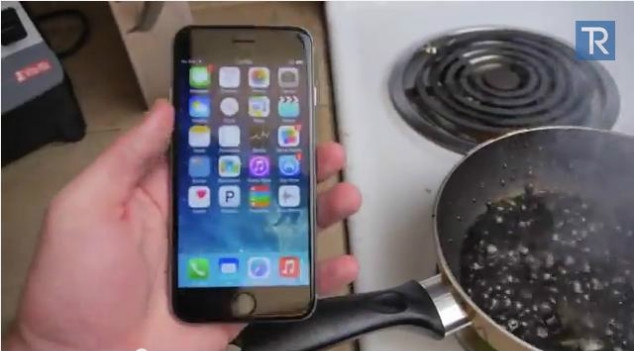 (CNNMexico) – The iPhone 6 is not proof of boiling Coke (and no one expected it to be).

Ukrainian vlogger TechRax, who has become a YouTube celebrity for experimenting with Apple phones, decided to test what would happen if he put an iPhone 6 in a pan with boiling Coca Cola.

“It made my house smell like smoke for about 2 hours,” wrote the blogger in the description of the video on YouTube, accompanied by the caption “I do not recommend trying this at home.”

In the video you can see the material of the phone, the latest Apple launch this year, melt and form together with the Coca Cola a black and viscous substance, accompanied by white smoke.

If you are a follower of the iPhone or are interested in buying one, we warn you that when you watch the video you will feel that your heart breaks a little.

A couple of weeks ago, the vlogger put an iPhone 6 to bake one inside a turkey for four hours, with a result that looks pretty gross.

Apparently the experiments with Apple phones are very liked, one of the most viewed YouTube videos this year was that of the Unbox Therapy site that shows how an iPhone 6 bends.