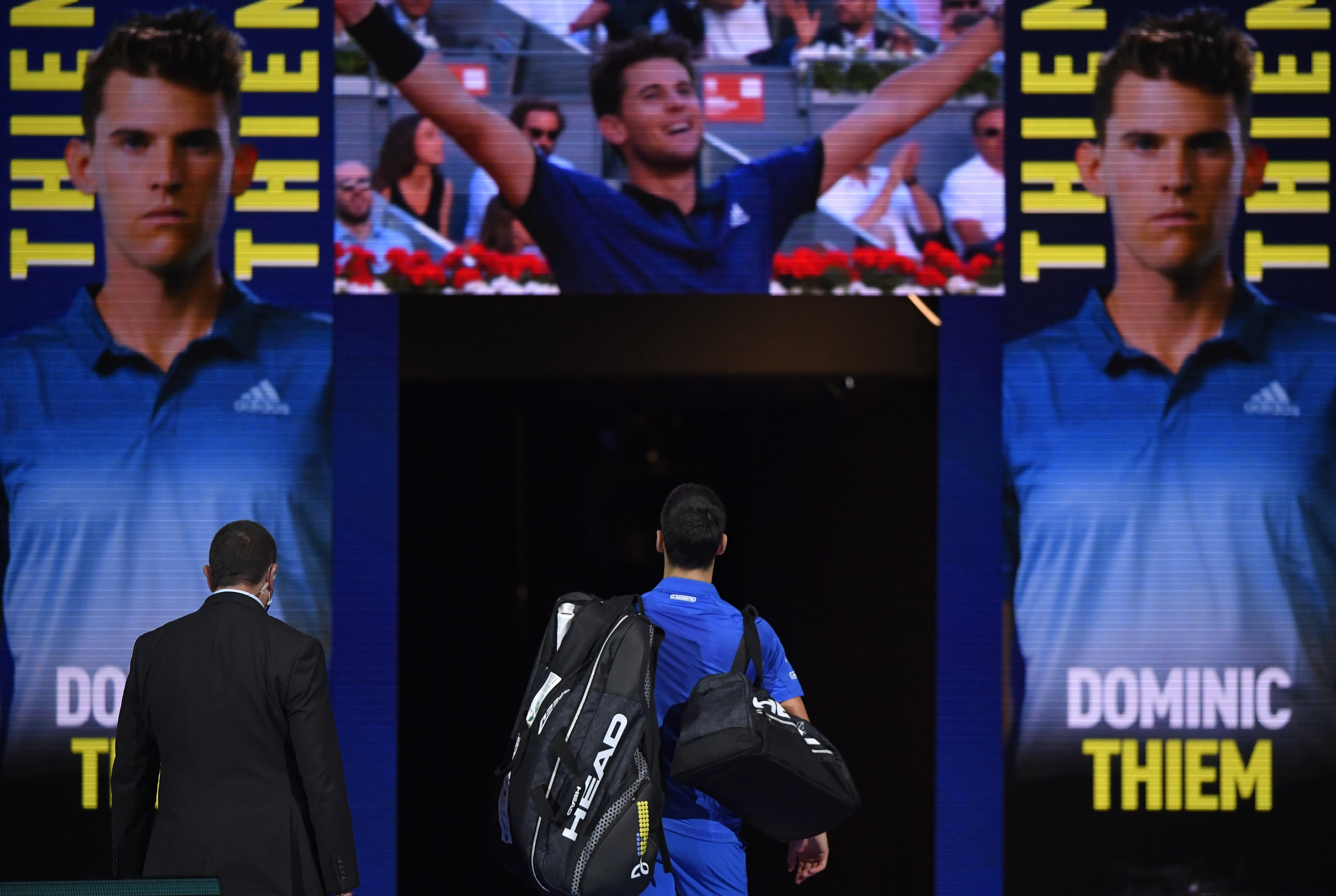 For a long time he has been knocking on the door, sending signals, demanding a gap and crying out for his space among the strongest. And definitely Dominic Thiem seems to have found it. He has earned it. There is no better alternative to the three giants than the Austrian, and to a reality that without flourishes or fanfare has been installed among the best of the circuit. In September he raised his first major, in New York, and now he is aiming for the master scepter that was denied him last year. This Saturday he defeated Novak Djokovic in a narrow duel that was decided on the finish line, by the margin of a nail: 7-5, 6-7 (10) and 7-6 (5). In this way, Thiem agreed to this Sunday’s final, in which he will face (19.00, #Vamos) Rafael Nadal or Daniil Medvedev, who were summoned tonight.

The duel took place on a very fine wire, although with the feeling that Thiem’s ​​game had one more point of poison and that fortune, in the case of having to take sides for one, would do it for him. Djokovic wove and wove, basted well and waited for the moment, but in the critical zone of the first set he made a misstep when he least should. He had built the point fabulously, leading the Austrian from one side to the other and thinking that at one point or another he would not reach that angled ball that forced him to run and run, but fed up with receiving answers, the Serb threw a drop that was He hooked on the net and smiled at Thiem (27 years old) to convert the first break option of the match, to 6-5 and then finished off with the courage and resolution that characterize him.

Nole began to pout. The storm clouds returned for him, who since he took Nadal’s spanking in the Roland Garros final has not finished reaching the optimal point of play. Not at their level. If the Belgrade guy doesn’t get angry, doesn’t cry out or get bloodshot in his eyes, that’s a bad sign. In his case, the light version is usually synonymous with something that is not going well, and if a tennis player is in front of him who puts life in each shot, the subject looks even worse. It happens that, despite the storm, Djokovic is still Djokovic, the jackal who escapes from almost all of them and is able to find food in the most arid scenery. So, when the story had gotten uglier, Thiem already threatening to put the lace after having canceled three options of break, two of set, he stirred and gained credit.

He saved one, then another, a third and in the end up to four match points in a tie break that he finally scored on the third attempt, also required because the Austrian does not give away absolutely nothing either. Thiem has guts, he sure does. He maintained his temper in the final set and resisted the psychological push that the Balkan gave him, with one more point of edge, seeing that the door had been opened after having touched the ko. In a practically identical script, a give and take in which neither of them gave in, the afternoon was resolved into a photo finish denouement. Again, sudden death, not without a surprising twist. Djokovic demarcated with a 4-0 that seemed irreversible, but the three in the world did not give up even to shots and came back with six consecutive points, finishing off the victory (300 already in the elite) that returns him to the last episode of the tournament. Fair and superb winner the Austrian.