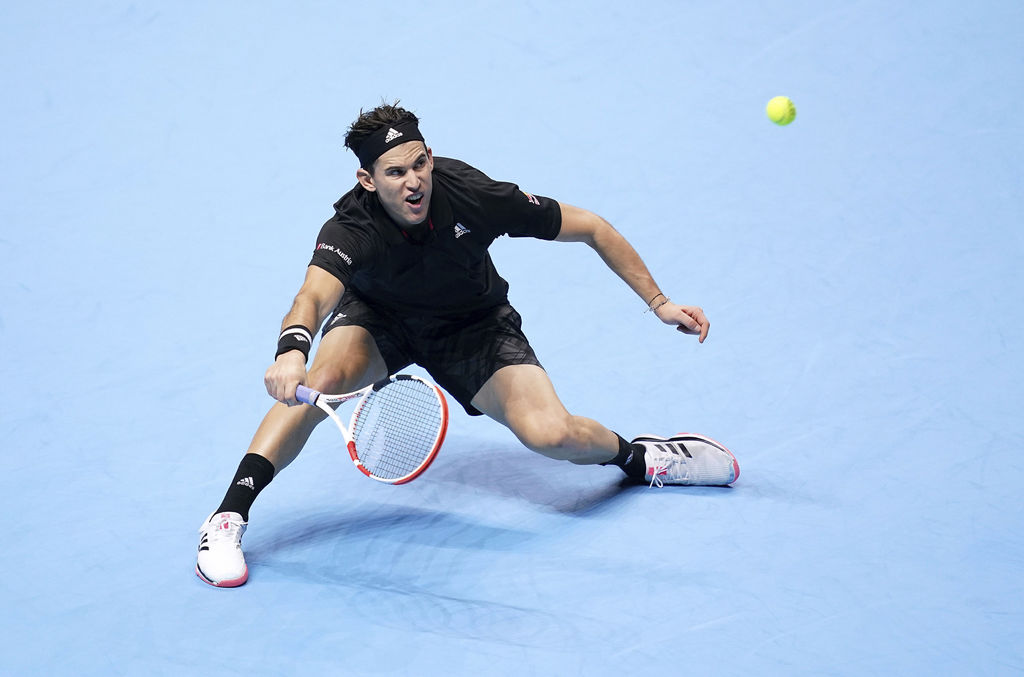 Dominic Thiem made sure yesterday that this year’s Masters Cup did not start in the same way that last year’s edition ended.

Thiem outpointed Stefanos Tsitsipas in a 2019 final rematch, beating the defending champion 7-6 (5), 4-6, 6-3 in the first singles match of the tournament within an O2 Arena virtually empty.

In the night game, Rafael Nadal had a much easier challenge against Russian Andrey Rublev, who is participating in the Masters Cup for the first time, in a 6-3, 6-4 victory in just one hour and 17 minutes. The Spaniard is looking to lift his first Cup to crown a season in which he tied the record of 20 Grand Slam titles and reached 1,000 victories on the tour. He set a record by getting a ticket to the final tournament of the season for the 16th consecutive year, but has lost two finals and missed six editions due to injuries.

US Open champion Thiem broke Tsitsipas’ serve to take the lead 2-0 in the third set and converted his second match point when the Greek sent the ball too far.

Tsitsipas broke the Austrian’s serve for a 2-1 lead in the second set. He had a chance to break again when he was going 3-1 in the third, but missed with a backhand, letting out a cry of frustration. Thiem eventually kept his serve after a game that went to a straight six, and he faced no problems towards the end.

“It was crazy, I was pretty tense in that game,” Thiem said of keeping his serve to go 4-1.

For his part, Nadal put the night game in his favor from the start, losing just five points on his serve in the first set. He broke his opponent’s serve to go forward 4-2 when Rublev sent a too-long shot, and the Russian slammed his racket into the ground in frustration. The Russian entered the tournament as one of the most fiery players on the tour, with five titles this season, but he looked way inferior to Nadal.

This is the 12th and final year the ATP Masters Cup has been played at the O2 Arena before moving to Turin, Italy, next year. Due to the coronavirus pandemic, fans were not allowed into the 20,000-capacity building, which meant that the usually noisy atmosphere was replaced by an eerie silence that was interrupted only by a few applause from the boxes. of players between points.