As it came, it is gone. If a few weeks ago Tesla seemed to be betting everything on Bitcoin by accepting the digital currency to compare its cars, now they say that is over. Reason? The high energy consumption that supposes Bitcoin, energy that comes mainly from non-renewable energy.

In a statement published by Elon Musk, co-founder of Tesla, the company has stated that cease their operations with Bitcoin when buying their vehicles. During these last weeks it was possible to buy a Tesla car and pay in Bitcoin instead of dollars or euros for example. The option has now disappeared.

Fossil fuels for the company that seeks to end them

By investing in Bitcoin and accepting it as a bargaining chip Tesla entered a curious paradox. Overnight it had started to “consume” fossil fuels, when it is a 100% electric vehicle and non-polluting company. This is due nothing more and nothing less to the large amount of energy that is required to mine Bitcoin or to produce the transactions. This energy often comes from fossil fuels, such as coal. 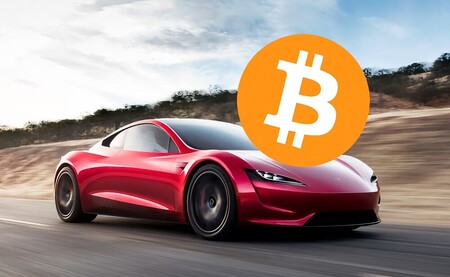 “We are concerned about the rapid growth in the use of fossil fuels to mine and transfer Bitcoin,” the statement said. While now they cancel the purchase of vehicles with Bitcoin, they say crypto is a good idea “in many ways” and who believe in its promising future.

Tesla’s future in the world of cryptocurrencies? For now, in addition to canceling the purchase in Bitcoin, they also say that they will not sell any of their Bitcoin (Let’s remember that they invested 1.5 billion dollars in Bitcoin and already sold 10%). They will use them again to make purchases and transactions, but only when the environmental cost is lower or directly zero.

On the other hand, Tesla explains that are looking at options to use other cryptocurrencies “They use <1% of the energy that Bitcoin consumes for each transaction." Ethereum? It is one of the most promising, although from Elon Musk we can wait until Dogecoin.