Getty The last will of the late singer José José was released in the courts of Mexico City.

The identity of José José’s universal heir was finally revealed recently before the courts of Mexico City. The relatives of the remembered Mexican interpreter were present during the reading of the will.

“The Prince of Song” died in September 2019 as a result of health complications from pancreatic cancer that he suffered.

The magazine TV Notes revealed that Anel Noreña was designated as the universal heir of the singer José José during the reading of the will that took place on April 5 in the courts of the Aztec capital.

Noreña was married to José José from 1976 to 1991, the year in which they decided to formally end their marriage. The couple are the parents of two children in common: Marysol Sosa and José Joel.

Upon his departure from the courts, Anel in the company of his children, Marysol Sosa and José Joel, were very excited to offer their first statements after announcing the official reading of the Mexican singer’s will.

“We are very happy, the will was read in a legal and juridical way, where Mrs. Ana Elena Noreña Grass remains as universal heir”, José Joel, the eldest son of Noreña and José José, mentioned with great effusion.

“What follows is that we continue with the process, we will keep you informed, thank God we are going with that, in a legal and juridical way, Ana Elena Noreña is the heir,” added the first-born of the Mexican stars.

For her part, Anel Noreña emphasized feeling satisfied with the last will of her ex-husband: “Very happy, very grateful and very happy, in desire and comfort. What happened is momentous and fundamental. José from heaven put his family above all others ”.

When questioned by the Mexican media about what she would receive after being designated as José José’s universal heir, Anel jokingly responded: “Pure debts.”

José Joel and Marysol Sosa ruled out the existence of another will, as José José’s youngest daughter, Sara Sosa, previously pointed out: “Legally and legally the will was read, my mother, Mrs. Ana Elena Noreña is the universal heir. There is no other will ”. 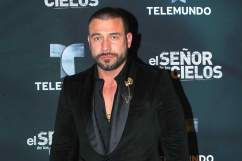 José José: A musical legacy that lasts over time

José Rómulo Sosa Ortiz, artistically known as José José, was one of the most important singers in Spanish-speaking music during the last four decades.

Throughout his outstanding artistic career, “El Príncipe de la Canción” launched around 37 musical productions that were positioned with great success in sales in Latin America and the United States.

José José’s impact on the entertainment industry was reflected in his musical album “Secretos”, which has sold more than 18 million copies worldwide.

The Mexican singer was nominated 9 times for the Grammy Awards and is one of the few Spanish-speaking performers to have been honored with a star on the Hollywood Walk of Fame for their significant contributions to music.

José José passed away in the month of September 2019, but his artistic legacy remains more alive than ever through the new generations of singers who, with the passing of time, honor his memory on the great stages of the world.

Natalia “Kiki” Herrera Calles was the first wife of the Mexican singer: The couple joined their lives in marriage in 1970, but announced their separation in 1975 as a result of “alcohol and jealousy problems.” Anel Noreña was the famous interpreter’s second wife: The stars began their marriage in 1976, but separated in 1991. They are the parents of two children in common: José Joel and Marysol Sosa. Sara Salazar was the third and last wife of José José: The couple had a consolidated marriage that began in 1995 until the time of the artist’s unfortunate death in 2019. They have a daughter in common: Sarita Salazar.