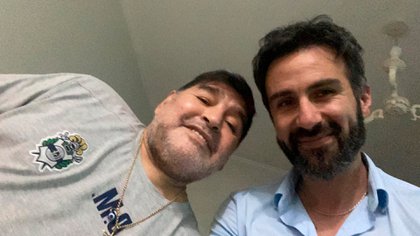 Maradona and Luque before their surgery in La Plata.

The investigation into the death of Diego Armando Maradona has taken a surprising turn.

Orlando Díaz, judge of guarantees of San Isidro, requested by means of an appeal to the Buenos Aires Justice the raid on the home and private office of Leopoldo Luciano Luque, Maradona’s neurosurgeon and last personal physician. Diego died at noon on Wednesday, November 25, at his home in the private neighborhood of San Andrés, Buenos Aires province of Tigre. The procedure at Luque’s home and office responded to a request of Benavídez prosecutor Laura Capra, who is in charge of the case along with district attorney general John Broyad and deputies Patricio Ferrari and Cosme Iribarren.

The proceedings were held on Sunday morning at the home located on 30 de Septiembre street in Adrogué, where the 39-year-old professional lives, and at the private office on Avenida Del Libertador and Juramento, in the Buenos Aires neighborhood of Belgrano. Justice is facing an investigation for alleged irresponsibility in the care of the patient since his admission to the Ipensa clinic in La Plata, where Maradona was admitted on November 2 to undergo general check-ups for an obvious deterioration in his health. Luque spoke, at the time, of a dehydration and anemia: he specified that he was not eating and that he was psychologically ill.

Suspicion of wrongful death arises after the testimonial statements taken on Saturday to Dalma, Giannina and Jana, the three daughters of Maradona. The investigators, in an attempt to inquire about the causes of death, They requested the clinical history, the details of his treatment and the postoperative period after the intervention for a subdural hematoma on his head and his withdrawal symptoms. Justice seeks to corroborate presumptions and suspicions made by his daughters. Among other things, an attempt will be made to determine precisely what medications were prescribed for you. 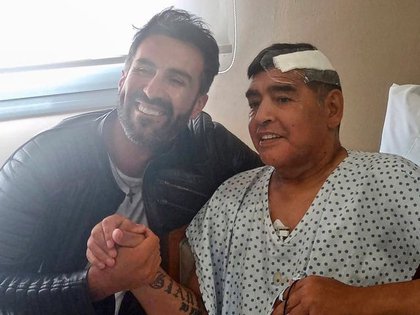 Maradona and the specialist today under suspicion after the operation.

The haste in the raids was to avoid that material that may be key in the clarification of the fact is erased or eliminated. Luque he was at his home in the city of Adrogué of Almirante Brown’s party at the time of the raid. Information related to the investigation was seized from him. Through a statement, the San Isidro Attorney General’s Office revealed that on Saturday, for the “substantiation of the evidence in progress”, The investigative tasks that contemplated the testimonial statements of direct family members continued.

“By virtue of the evidence that was collected, it was considered necessary to request searches at the home and office of the doctor Leopoldo Luque”, They expressed. 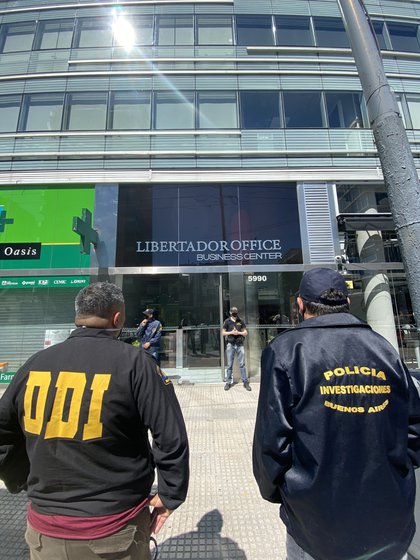 The raid on Luque’s office in the Torre Libertador Office.

After inspecting the house last Thursday, sources of the case assure ., The prosecutors they reasoned that what was available was insufficient for a home stay: no defibrillator was found -the nurse Dahiana Madrid stated that she gave Maradona mouth-to-mouth resuscitation and heart massages to try to revive him- or even serum. It seemed, simply, “The death of someone who died at home”, ensures a key source. This deduction, made in the last hours by the researchers, led to doubts about the doctor.

Then, the medical history was analyzed: It was suspected, precisely, of a home hospitalization with Luque as the main doctor in charge, the person most responsible for Diego being properly treated in the San Andrés country.

Now, the prosecution is investigating whether mistakes or inattention could have led to a wrongful death, a death that could have been prevented.

Thus, the case takes a radical turn: the autopsy had not revealed malpractice, but prosecutors are now investigating medical malpractice or malpractice.

Procedures at home and in the office were performed on Sunday morning: they were in charge of the DDI of San Isidro of the Buenos Aires Police, with the collaboration of the City Police and the PFA, with the Investigation of Crimes Against the Constitutional Order division, which acted only in Libertador. Records are sought, as well as telephones and electronic media.

In Luque’s house, according to police sources, Diego’s medical history was found. 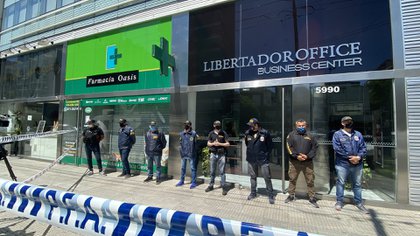 Do not cross: access to the building fenced by PFA.

Regarding his criminal situation in the middle of Sunday morning, sources in the case assure that the doctor He was not formally charged since he was not summoned to give an investigatory statement for the time being, although he is being investigated: upon being raided he was notified of his rights and guarantees and was notified of the cause. However, Luque he will not be a witness in the case and before the raids and suspicions against him may appoint a defense lawyer.

It is not known, for the moment, if enough elements will be gathered to justify an investigation, which depends on the search and analysis of the evidence. which can be complemented with the results of the toxicological tests that are expected next week. Nor had his arrest been requested in mid-noon.

The raids were handled with a certain secrecy regarding the directives issued by the Justice, but information received by this means details as a specific objective to the health company Neurocirugía y Columna Baires SA, integrated by Luque according to the Official Gazette at least since 2016 with a partner. Luque, according to his records, is also listed as an employee of the company. The company, according to its commercial data, also has addresses in two other Buenos Aires points.

Controversy over the false report that Maradona’s nurse would have signed: she claimed that they asked her to lie in the report

Chronology of the death of Diego Maradona: minute by minute reconstruction of the researchers