The Government of Saint Vincent and the Grenadines ordered this Thursday to evacuate part of the first of the islands of this small Caribbean territory due to a potential imminent major explosive eruption of La Soufrier volcano, as seismic activity increases.

The prime minister of the small Caribbean territory, Ralph Gonsalves, announced an order of immediate effective evacuation of the northern area of ​​the island, where the strip that goes from the North Union to Kingstown, the capital, and another from Barouallie to Kingstown are considered safe zones.

Gonsalves, during a press conference this Thursday after registering a new series of tremors, had asked the population maximum alert.

Location of Saint Vincent and the Grenadines, in the Caribbean GOOGLE MAPS

The scientist at the head of the control of the activity of the La Soufriere volcano in Saint Vincent and the Grenadines, the geologist Richard Robertson, reported that between 3:00 and 10:00 in the morning of this Thursday the control stations reported seismic activity.

He added that long-duration movements were reported, a sign, he explained, that fresh magma is trying to reach the surface, so all the signs show that the volcano wants to go to an explosive stage.

Robertson clarified that the explosive eruption could be registered in the next few hours or days, After clarifying that it is not ruled out either that the volcano could return to normal.

In any case, with the information available, the control team still can’t say when an explosive eruption could occur, Robertson said. “We are now in a period where we would not be surprised if at some point we have explosive activity,” he said.

“The volcano has changed, it has given us a little more signals,” he said, after adding that the activity began with liquid effusion and then with tremors that are associated with steam driven by magma.

Robertson said that the possibility that the material now coming out of the volcano has more energy it is what increases the chances of an explosive eruption. 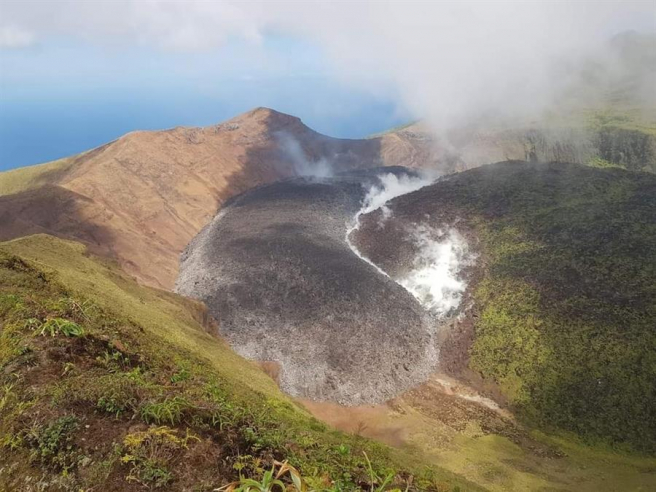 Gas and liquid effusions in La Soufrière volcano, in Saint Vincent and the Grenadines.NEMO SVG / EFE

The director of NEMO, Michelle Forbes, said for her part that her team had been in contact with several government agencies to increase preparations for an evacuation.

He said disaster managers were preparing shelters and that the national council for disaster management would meet this Thursday, in addition to stressing that the communities in the north of the island of San Vicente should be prepared.

Prime Minister Ralph Gonsalves stressed that his government will follow the advice of Robertson and his team of scientists, adding that it has already contacted the prime ministers of Barbados, Saint Lucia, Dominica and Antigua and Barbuda regarding a potential repatriation of about 20,000 people should the need arise.

Gonsalves said that Barbados and Saint Lucia are willing to receive evacuees, but that they will have to get vaccinated against covid-19. He added that his government has also been in contact with friendly nations, including United States, Cuba and Venezuela to discuss possible assistance. 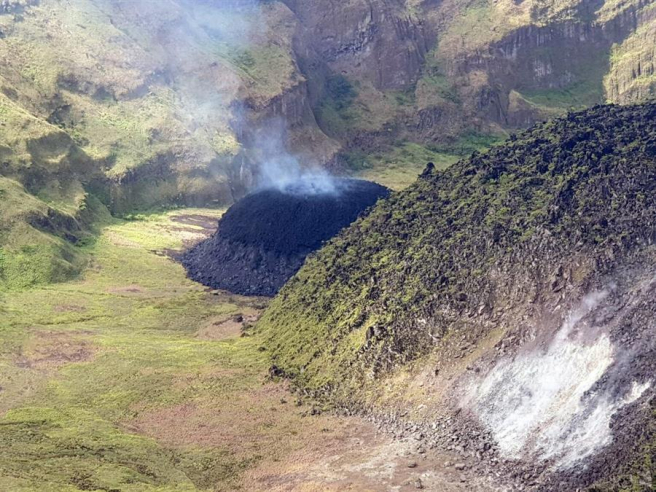 Seismic activity in the La Soufrière volcano, in Saint Vincent and the Grenadines.CARICOM / EFE

In addition, the Royal Caribbean shipping company reported that it could move next week a boat with the capacity to house 1,500 people, they must also be vaccinated.

The reopening of the schools, scheduled for next Monday, it has been suspended until further notice.

Saint Vincent and the Grenadines has seen no prominent volcanic activity since 1979. An explosive eruption at La Soufriere in 1902 killed more than 1,000 people.