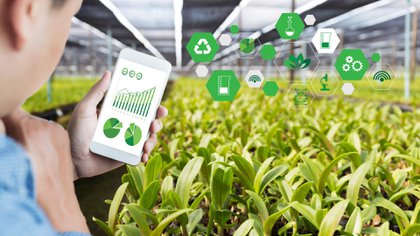 They present a technology that allows detecting diseases in crops

Two agricultural firms launched a unique application in the country that detects diseases and weeds in crops. Is about Xarvio Scouting, a platform that seeks to become a solution to the problems that the producer sector frequently has and that end up having an impact on crop yields. The development is available nationwide and already has 4,000 users from all sectors.

According to Agrofy and Basf Xarvio, the companies behind the initiative, the platform makes image recognition and uses artificial intelligence to give answers to the producer or advisor who faces problems that affect crops such as weeds, pests or diseases. Thus, they intend to streamline and simplify decision-making in the field.

The platform does not only grow intensive crops, but also extensive and regional ones. It seeks to provide solutions from the vine, a dairy farm or the infrastructure for livestock, since it has the part of acquisition of agricultural inputs (Gazzotti)

“It is a tool that any producer can download on their cell phone. It is a pocket assistant: the farmer will be able to take photos with his cell phone and by means of artificial intelligence he determines from which weeds, insects or diseases are in the field, to the level of infestation ”, he said Hernan Mora, responsible for commercial operations of Xarvio Argentina.

Another peculiarity of the platform is that Through the same system it is possible to quote and, eventually, buy the supplies that are needed to solve the problems. This will be possible thanks to the alliance with Agrofy, where the producer who is using Xarvio Scouting directly will have a button that takes him to the e-commerce platform of the field to be able to quote and buy the product he needs. 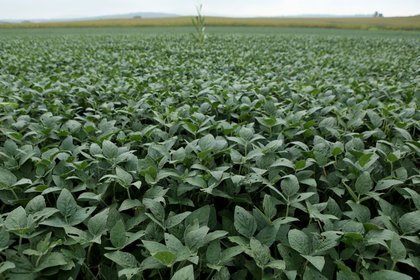 The new development is available nationwide and already has 4,000 users of all sectors (REUTERS / Gary Cameron)

In addition to these functionalities, a radar is added that issues an early warning of what is happening in other lots. In other words, if there is a neighboring producer who detects the attack of a pest in his field, the tool will automatically alert the farmers who have plantations in the area about this problem.

“The good thing about this is the practicality. Scouting detects more than 200 weeds and crops whose functionality is free with a radar that shows what is happening around each user’s field. When the app is opened it shows the information and photos that other people uploaded from that place. It is fed back with data provided by other users ”, highlighted Mora.

The tool was originally launched in Germany several years ago, but it was not until 2020 that the idea was imported to Argentina, where it took about four months to get it up and running. “It seemed to us that Scouting could be a generator of IT (Information Technology), but what better way than to turn around, not only to detect the problem of crops, but to see how it is solved,” he said.

It is a tool that any producer can download on their cell phone. It is a pocket assistant: the farmer will be able to take photos with his cell phone and by means of artificial intelligence determines from which weeds, insects or diseases are in the field, to the level of infestation (Blackberry)

In Argentina, the nearly 4,000 users have already contributed between 40,000 and 50,000 photographs to the system to analyze the different problems of diseases, weeds and pests that can affect plantations. Meanwhile, worldwide it is used by 3.8 million producers.

“The platform does not only grow intensive crops, but also extensive and regional ones. It seeks to provide solutions from the vine, a dairy farm or the infrastructure for livestock, since it has the part of acquisition of agricultural inputs “, he said Juan Gazzotti, Head of Transactions & Tech at Agrofy.

According to Gazzotti, there are more than 2,000 products in the country that are commercialized in a transactional manner, that is, through this type of system. “The application identifies if the crop has any insects and connects it with a herbicide, insecticide or fertilizers that can be chosen both by proximity to your establishment, as by your preferred brand or by the payment method that suits you best” , Held.

As part of the agreement between both firms, lProducers will also be able to use a tool that, as indicated, adds more functionality. It is the Xarvio Field Manager, a platform that is used by 43 thousand producers around the world that combines in one place and with 24/7 access data from different sources and transforms them into accurate information for decision-making in real time , as clarified.

This system allows to manage all agronomic variables from a mobile device. “Not only does it capture information, but based on the registered data, it allows production to be planned in a simpler and more efficient way to maximize the resources allocated to each sector of the batch,” they indicated in the statement. Additionally, Field Manager interacts constantly with Scouting.

In this context, Gazzotti appreciated the importance of a global product like Xarvio being consolidated and integrated into the e-commerce platform born in Argentina to enhance its services.

“This means scaling the level of the solutions offering for the producer. This complementarity between the two companies allows combining technologies that make it possible to make decisions in a simpler and more agile way, which translates into better economic results for the producer ”, summarized Gazzotti.

The field also spoke out in the VIP vaccination scandal: it demanded that the Government act with transparency, equity and without privileges