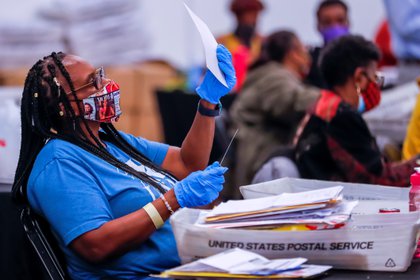 Georgia began a manual recount on Friday after the vote ended with Joe Biden ahead of Donald Trump by just over 14,000 votes .

Authorities in Georgia reported Monday of the finding about 2,600 votes that were not counted during the first ballot of the US elections on November 3, a figure that will not alter the provisional result in favor of the Democratic presidential hopeful, Joe Biden.

Georgia began a manual recount of the ballot on Friday last week after the ballot concluded with President-elect Joe Biden ahead of still-president Donald Trump by just over 14,000 votes.

Votes found during manual counting belong to Floyd County, where Trump prevailed with more than 70%.

According to the local newspaper The Atlanta Journal-Constitution the president of the Republican Party in that county, Luke Martin, The votes found will allow Trump to reduce by about 800 votes the margin of more than 14,000 that Biden takes him.

“It is very concerning, but it does not appear to be a widespread problem. I’m glad the audit revealed it and it’s important that all votes are counted”, Said the Republican leader.

Election authorities in Georgia attributed the incident to a human error during the count and detailed that the votes were not counted because county workers they forgot to load a file from a memory card into the system. 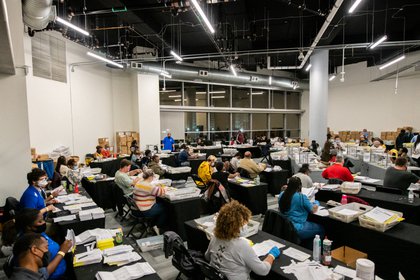 They also assured that no similar errors found in other counties during the manual count that began on Friday and is due to end this Wednesday, before the state certifies its results.

In an interview with The Washington Post, Raffensperger said he has received death threats. “Aside from making you angry, it’s also very disappointing, particularly when it comes to people from my party,” Raffensperger, who holds the post of secretary of state, said during the interview.

According to Raffensperger, Republican Senator Lindsey Graham, one of Trump’s biggest allies in the Upper House, went the extra mile by calling him last Friday to ask about his authority to invalidate votes.. Graham, for his part, has denied it and has considered such an accusation “ridiculous”. As indicated, it was a misinterpretation of the conversation they had.

Republicans have targeted mail-in votes, which in 2020 soared due to the pandemic and did so particularly among Democratic voters, as Trump expressed doubts throughout the campaign about its validity.

The Trump campaign may demand another recount in case the results certified by the state on Friday show an advantage of less than 0.5% to Biden, a more than likely scenario given that the current difference is three tenths. Trump insists that there were irregularities in several of the states that led to electoral fraud against him, but so far he has not provided evidence and the lawsuits he has filed in court have not borne any fruit.