The ancient egyptians they mummified cats, dogs, ibis and other animals. But in the South American desert of Atacama This practice was also done in Chile. A new international study published in the journal PNAS documents parrot mummies and macaws between the years 1100 and 1450 after Christ related to the trade in these animals.

They had to be transported along huge steppes, cold climates and difficult terrain to the Atacama, and they had to stay alive.

“Feathers are valued in the Americas and we find them in burials of high status ”, he says Jose M. Capriles, professor at the University of Pennsylvania (United States). “But we do not know how these feathers got here, the routes they took or the commercial network behind,” he stresses.

Parrots and macaws They are not native to the Atacama, a region in northern Chile that comprises the driest desert in the world. Archaeologists found pens in a burial context, preserved in boxes made of leather or other protective material, and these mummified birds have also been found in archaeological sites.

The fact that live birds made their way through the Andes at more than 3,000 meters high it is surprising ”, considers Capriles, for whom it is a strange and improbable fact. “They had to be transported along huge steppes, with a cold climate and difficult terrain to the Atacama, and they had to stay alive,” says the expert who investigated the trade and transport of goods such as coca, shell, metals, feathers and animals. in Bolivia, Peru and Chile while he was a postdoctoral fellow in Chile.

Most of the remains of parrots and macaws, mummified or not, reside in museums. The team visited collections in northern Chile for almost three years to observe what had been found. “Once we started working on this, we found a lot of material about macaws and parrots,” recalls Capriles. “Columbus brought parrots to Europe and the historical importance of macaw feathers for pre-Columbian societies was omnipresent.”

Most of the bird remains the researchers found date between 1000 and 1460 AD, beginning at the end of the Tiwanaku empire and just before the Incas traversed the area. According to Capriles, it was a time of war, but also a great time for the trade, with frequent “caravans” of moving llamas. 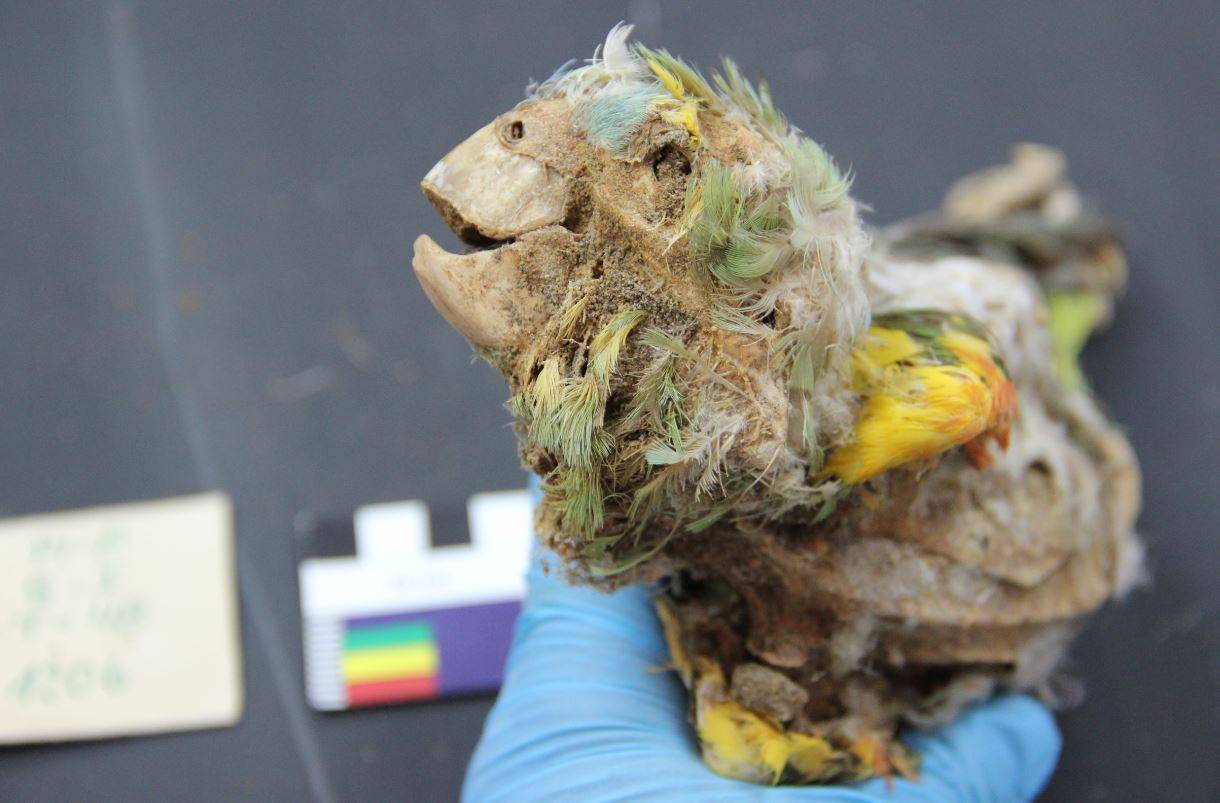 Parrots raised in the oasis

Using zooarchaeological analysis, an isotopic study, radiocarbon dating, and ancient DNA testing, the researchers cataloged Scarlet Macaws and at least five other species of parrots that had to be transported nearly 500 kilometers from the Amazon. The team mapped the habitats of the different parrot species to try to determine how they traveled to the Atacama.

The team mapped the habitats of the different parrot species to try to determine how they traveled from the Amazon to the Atacama.

They also found that the birds consumed the same diet than the farmers who owned them. “Some of these birds did not live a happy life. They were kept to produce feathers and their feathers were plucked as soon as they grew, ”says the researcher.

Most of the mummies were found at Pica 8, a site that is still traded today. goods. Capriles assures that they believe that the birds “lived there”, since they ate the same foods that people were eating at that time, enriched with other products. In addition, “llamas are not the best pack animals, because they are not very strong,” he adds, which makes it very difficult for them to be transported like this to the desert.

Perhaps more unusual than the importation of parrots and macaws and their utility in the production of feathers was their treatment after death. Many of the parrots were found mummified with their mouths wide open and their tongues hanging out. Others had their wings extended, but at the moment it is not known why.