The discovery of 12 kilometers of vertical walls with cave paintings made during the Ice Age is known as the ‘Sistine Chapel of the Amazon’.

The Amazon rainforest is the most biodiverse region on the planet. It not only houses tens of thousands of mammals, birds and reptiles, as well as unclassified plants, it also hides prehistoric artwork that millennia passed without being discovered.

In 2019, a team of scientists led by José Iriarte, an archaeologist at the University of Exeter, discovered a vertical wall with thousands of cave paintings It stretches for 12 kilometers in the Serranía de Lindosa, in the heart of the Colombian Amazon.

The cliffs of the region show a myriad of prehistoric works of art that most likely account for a lost civilization related to the first inhabitants of the Amazon.

Different figures appear on the walls, ranging from birds, turtles, reptiles, geometric shapes and scenes of people dancing or holding hands, as well as ocher footprints that are at least 12,600 years old. 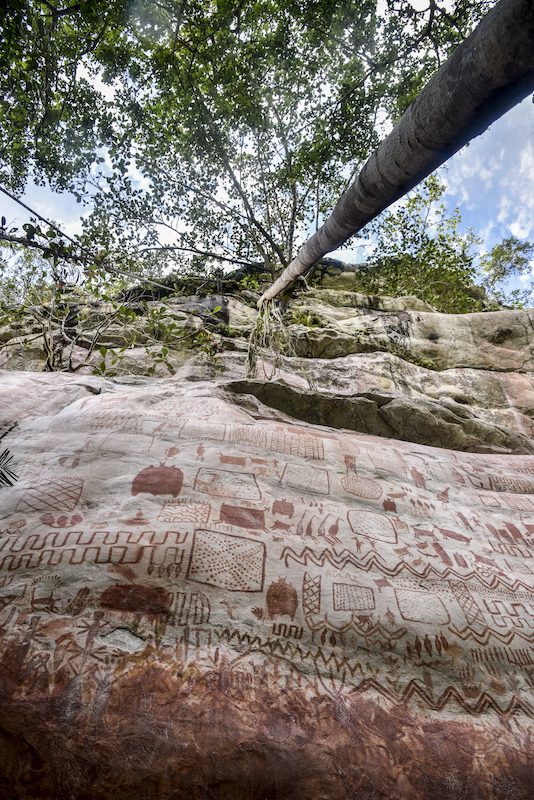 The calculation corresponds to the Ice Age and is based on the graphical representation of mastodons, giant sloths and other animals that inhabited what is now the largest jungle in the world and disappeared just over 10,000 years ago from the face of the Earth.

Also read: The mystery of the woman who escaped with a child in her arms 13 thousand years ago

The Amazon paintings also appear at heights out of reach of any human and were captured with drones that flew over the area. Archaeologists believe that the civilization that made them used levels created with wood to paint the highest part of the stone walls.

According to The Guardian, access to the site is so remote that archaeologists had to drive two hours from the town of San José del Guaviare and then walk another four hours to reach the area where the cave paintings are found. 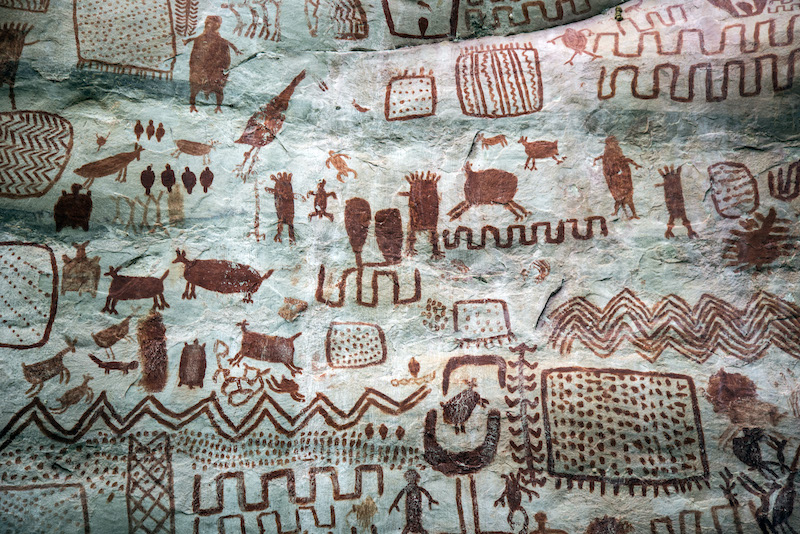 It may interest you: The cave in Mexico that is changing what we thought we knew about Homo sapiens

The authors of the discovery consider that the sample is so large, that studying it completely will be a task that will include different generations. In addition, the scenes of the daily life of humans from 12 thousand years ago in this region allow us to understand more about what the Amazon was like at that time, a region more similar to a bed sheet than today’s tropical forest.

The discovery of the Serranía de la Lindosa is located 200 kilometers from Chiribiquete National Park, home to the first group of thousands of rock paintings on cliffs found in the Colombian Amazon in 1986.

The team assures that the probability of more finds like this in the area is high; however, expeditions will not continue until the Covid-19 pandemic is under control.

The uncontacted indigenous peoples of the Amazon, at risk of disappearing due to the predation of the jungle

The Amazon rainforest could turn into a savanna in 50 years: study