The smuggling of luxury cars in the Philippines is a real problem that they have decided to confront with measures as drastic as those in these images that promise to hurt the sensibilities of lovers of the motor world. And it is that the Philippine Customs Office (BOCP) does not tremble: They just destroyed 21 cars valued at more than a million euros … and among them was an exclusive McLaren 620R.

Behind these constant attempts to evade the treasury is the Philippine tax system: taxes on luxury cars can be up to half their value. Rodrigo Roa Duterte, president of the country, is aware of this and has stood up to this illegal smuggling with measures that they do not hesitate to make public. Not only do they report them on their website, they also spread their actions on social networks. 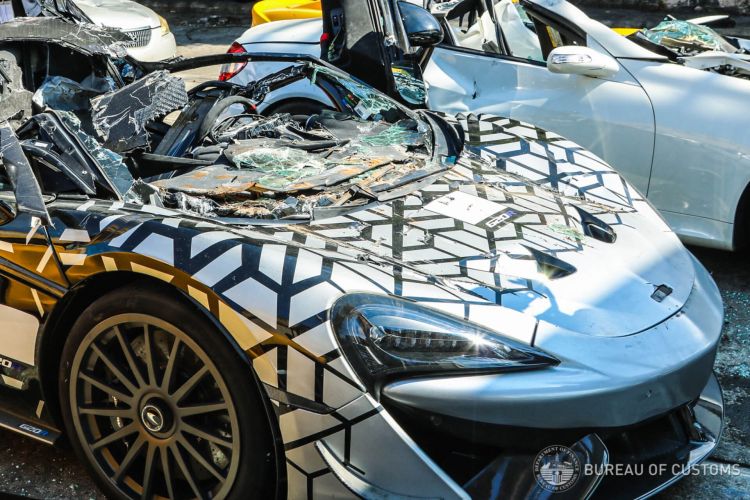 This is how we got to the images and even the video in which a bulldozer uses its shovel to crush the roof and windshields of a score of vehicles. On some occasions, he even climbs on top of them to finish the job. In this latest wave of destruction the victims have been a Hyundai Genesis, a 2007 Bentley Flying Spur, a Porsche 911 Carrera S, a Mercedes-Benz SLK, a Lotus Exige, a Toyota Camry Solara in addition to several Mitsubishi and Jeep.

However, the most painful action of all has been starring a new McLaren 620R. The car arrived in a container with the papers of a Porsche Cayman to, effectively, not pay the corresponding taxes: the rates for the German model amounted to 26,000 euros while those of the British shot up to 275,000 euros. 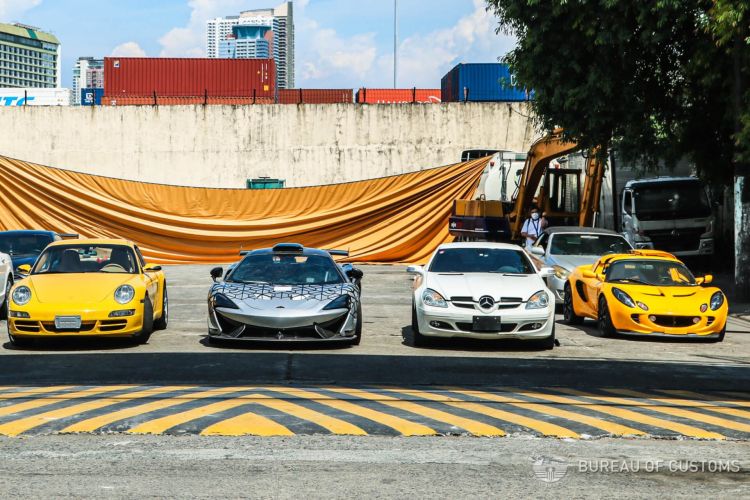 They only exist 350 units of the McLaren 620R, which is valued at 330,000 euros. Figures that did not appear to have any effect on officials and journalists who witnessed the event in the port of Manila.

In the images, the Government of the Philippines has only shown seven cars of the 21 that have passed away. An image that is nothing new in the Asian country: last February they destroyed another 17 vehicles that became part of an extensive list in which we can find models of Corvette, Jaguar, Bentley, BMW and up to more than a hundred motorcycles that have been destroyed between the ports of Manila and Cebu.