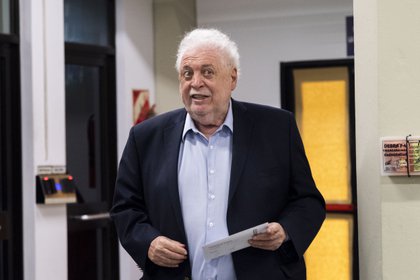 The federal prosecutor Eduardo Taiano charged the former Minister of Health Ginéz González García and his nephew Lisandro Bonelli -who was Chief of Cabinet of the Ministry- in the case that was opened by the multiple complaints filed in Comodoro Py after the existence of the VIP Vaccination was discovered. After the indictment, the judge Maria Eugenia Capuchetti ordered a search of the headquarters of the Ministry of Health of the Nation, in order to search for footage, probative material and other items of importance to the cause.

Once the prosecutor requested the initiation of the investigation, the judge issued a “Order of presentation with search in subsidy” to obtain the documentation requested by the prosecutor Taiano. The procedure was carried out from minutes after 8 pm and is in charge of the members of the Crimes Against Health Division of the Federal Police. The judge ordered the procedure only after the fiscal impulse, because before that action there is no possibility of moving the file. The measure comes after a political scandal of great magnitude occurred last Friday over the confession of journalist Horacio Verbitsky that there was a parallel vaccination circuit.

After spending the whole weekend and at the request of Taiano, the Justice officials went to look for photos of outbuildings, income records, and video camera footage. The investigation must determine if there was a crime in the operation of the scheme for the official vaccination of friends of power.

Since last Friday, several complaints were presented by the VIP Vaccination presented before the Buenos Aires Federal Chamber. Some were assigned to federal courts 5 and 6, both in charge of Capuchetti. These complaints were accumulated in a single file in court 5 of which Capuchetti is the owner and in which he is on duty in 2021 with the prosecutor’s office headed by Taiano. In principle, the defendants are the former minister and his nephew -both left their positions- and the original qualification is framed in the crime of “abuse of authority.” 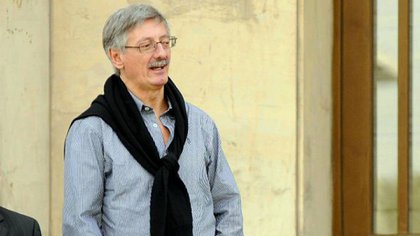 In the accusation signed by Taiano, to which . He agreed through judicial sources, the prosecutor asked Judge Capuchetti to carry out -in principle- two raids. One at the headquarters of the Ministry of Health of the Nation and another at the Posadas National Hospital.

Taiano wants the book of new entrants to the ministry between February 1 and 19. He also requested the search of the security cameras. He also requested the records of the trips made by official vehicles from the ministry to the Posadas National Hospital and in the opposite direction. The prosecutor asked for the list of people who received the Sputnik V vaccine against the coronavirus. Taiano asked Capuchetti to make an inspection of the place used to vaccinate, to take pictures and to make a sketch. The procedure ordered by Capuchetti today was to obtain the documentation requested by the prosecutor in his instruction request with which the investigation on the VIP Vaccination was opened.

The judicial official requested that in the raid on the Posadas National Hospital –that has not yet been carried out- The images of the security cameras and the registration of the Sputnik V vaccine shipments received by that health center are obtained. He also requested that the list of people vaccinated in the institution and the list of hospital personnel assigned to the vaccination plan against the Covid-19 virus be obtained.

In his opinion, Taiano summarized the complaints filed. The prosecutor pointed out: “Those named denounced that former minister Ginés González García had arranged for personnel from the Posadas National Hospital to go to the headquarters of the Ministry of Health of the Nation to immunize various people who did not meet the epidemiological priority criteria and / or or the scheme of stages established in resolution 2883/2020 “Strategic plan for vaccination against Covid-19 in the Argentine Republic”, issued on December 29 “.

It also indicated that the complainants agreed that “… on February 19, 2021, the journalist and writer Horace Verbitsky he had given an interview to a radio program, in the framework of which he stated “I decided to get vaccinated … I started to find out where to do it, I called my old friend Ginés González García – whom I have known long before he was a minister – and he told me that I had to go to the Posadas Hospital … And when I was about to go, I received a message from the Ginés secretary who told me that a team of vaccinators from Posadas was going to come to the Ministry and to give me the vaccine. “

And he added that “The complainants specified that the doses supplied in an irregular manner would comprise a batch of Sputnik V vaccines that would have been separated from the official distribution circuit and, therefore, not distributed according to the plan outlined by the national government.”

With the accumulation of the complaints in a file and the fiscal impulse signed by Taiano at six in the afternoon, the investigation by the VIP Vaccination was formally initiated. The defendants are the former minister and his nephew. For now.