Extortion of elements of the National Guard to employees of a CDMX premises (Video: Azucena Uresti @ azucenau / Milenio TV)

A little over a year after its creation, the National Guard (GN) continues to add scandals. This Monday, a video highlighted the extortion carried out by elements of this security body, to those in charge of a business in Mexico City.

The clip, released by journalist Azucena Uresti in her nightly newscast on Milenio TV, it is observed that the recording is made from inside the premises located in the capital of the country (without disclosing the exact place) where they allegedly sell drugs , to which the uniformed men arrive aboard a van belonging to the corporation and begin to intimidate the workers.

Later, the uniformed man asks one of the managers of the business how much money he has at that moment. Later, the GN element, who wears a black mask and a green cap, tells him to then give him “product.” 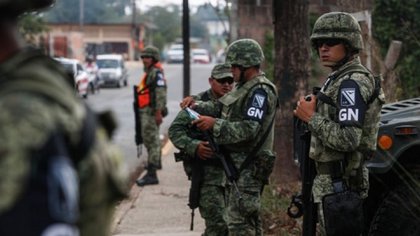 After insisting, the member of the GN assures “you and El Negro already know what a pedo güey”.

“Where is the fair güey? Where is? you and El Negro already know what a fart güey, pray to him güey, flying güey, flying … flying son of your pu … mother “the uniformed man yelled.

Immediately afterwards, a man with a black cap approaches the local gate and hands something to the uniformed man, so both the police element that carries out the extortion along with two other of his companions leave the place.

According to the journalist, The National Guard assured that it already knows the case and warned that it will reach the last consequences.

The video was retweeted by former President Felipe Calderón who described the act of the elements of the National Guard as a “terrible decomposition.”

In his account of this social network, Calderón wrote: “This is a terrible sign of decomposition of the newly created National Guard that can contaminate the Armed Forces”. 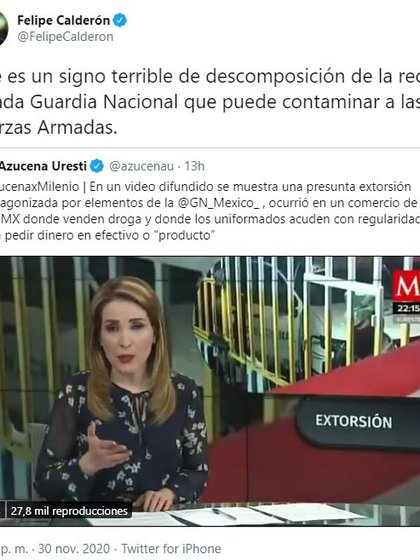 The multiple scandals of the National Guard

Since its creation, carried out by decree of President Andrés Manuel López Obrador, the National Guard has been involved in numerous scandals. The one prior to this extortion case was the one that occurred in the La Boquilla dam, located in Chihuahua, in the face of the attempted eviction of farmers who took over the dam to prevent the Mexican government.

Some elements fired at a couple of protesters: the woman died and her husband was seriously injured. After the scandal and the demand for justice, the corporation arrested 6 uniformed men on October 25. However, so far its legal status is unknown.

But Last May, another video revealed another extortion carried out by members of the GN.

On that occasion, two men in uniform allegedly they extorted a criminal whom he calls “El Cholo”, in Ciudad Obregón, Sonora. 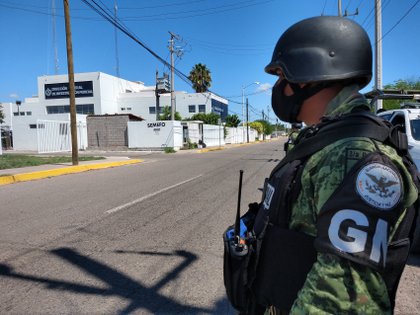 The recording begins with a shot of an agent, dressed in tactical clothing, knocking on the criminal’s door. “Cholo, just throw through the door, and we’ll stop bothering you, what’s up […] What’s up ?, for coffee or not? “, says the element, who when not getting a response leaves the site.

The monologue continues: “Right now I’m going to get you out with a couple of pepper spray, to see if you’re not going to come out. A thousand pesos, no mames, not even a policeman. You are surrounded by a curmudgeon, so don’t even think about it, fuck it “.

The officers’ visits lasted 24 hours. In the videos, the officers threatened to set off grenades and smash the door with a hammer.

The corporation condemned the incident and reported that the uniformed officers involved were removed from their positions.

Extortion and ties to criminals: scandals add up about the National Guard, López Obrador’s bid to pacify Mexico

The photo that aroused suspicions: the National Guard and the Valencia family, a family linked to the huachicol and the narco

One year after the creation of the National Guard: scandals, militarization and record of seizures