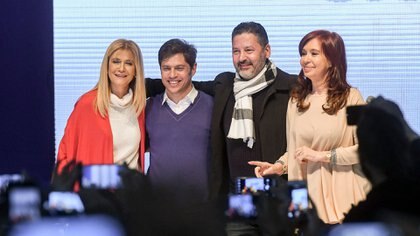 Three officials of the municipality of Merlo and the relative of one of them were arrested in the last hours for being part of a criminal organization that would be dedicated to the sale of usurped land, propitiating the seizure of properties and carrying out illegal maneuvers with lands in dispute. This is clear from the first investigations carried out by the prosecutor Mario Ferrario. The crimes were carried out from the same quartermaster.

This is not the first time that acts of corruption have plagued the mayor’s administration Gustavo Menendez. At the beginning of his administration, a group of municipal inspectors were discovered requesting bribes from the merchants they were supposed to control.

One of the detainees is Hernán Acuña, the director of lands of the commune. The area depends on the Ministry of Development and Social Integration, whose head is Karina Menéndez, the mayor’s sister.

On October 27, 2019, Menéndez was reelected as mayor of Merlo with 63.56% of the votes and is currently the current president of the PJ Bonaerense. The official was able to gain space in the media due to the complaints of alleged crimes that had been committed during the Othacehé administration, which lasted 24 years at the head of the municipality, between 1991 and 2015. 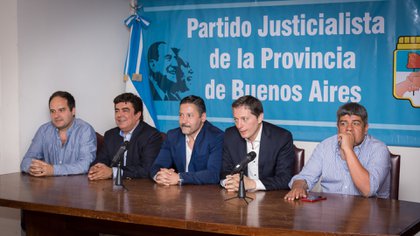 Gustavo Menendez is the current president of the PJ of the province of Buenos Aires. (Martin Rosenzveig)

“The case was initiated by a complaint that we made from the municipality itself at the request of the neighbors who said that our officials were involved in land seizures. Lands that they later sold”, He confirmed to . Mayor Menéndez. “The case that triggered the raid on the Land offices and the arrest of these four people is not for a specific usurpation, but for the alleged sale of a property that they were going to carry out to merchants,” he added.

According to the text of the judicial presentation, the municipal officials have profited from the sale of public lands – but also private lands in succession processes – in the town of Mariano Acosta.

With the so-called “badge” that would give them working under the orbit of Karina Menéndez, they gave authorization to usurp the properties with the promise that the municipality would give them the papers that would transform them into legitimate owners in exchange for money.

“Karina was aware of the judicial complaint. It is she who alerts me to the alleged irregular situation involving officials in her area. There we began to pay attention, and then came complaints from neighbors, “said Menéndez and said he felt” surprised “when he learned that” two of the detainees were trustworthy people, who come from a good family. “

“Reports of alleged acts of corruption are not new. There’s a lot. Every time there is a complaint, we request an investigation and we present ourselves as complainants to clarify it. Many times the investigations do not yield positive results because they are not always disinterested or good milk … many times they are false or intentional. But we have an obligation to pay attention to all of them. The results of this took us by surprise. It is very difficult for me to control 5,000 employees. That is why the secretaries are fundamental in the control ”, the president tried to justify.

During the raids on the Land offices of the Municipality of Merlo, the police and judicial officials several boxes with documentation were taken that would accredit the maneuvers in which Hernán Acuña, one of his trusted men, would be involved.

The charges against them and the facts that are being investigated are highly sensitive, especially at a time when the usurpations of land in the province of Buenos Aires are a problem that haunts the governor Axel Kicillof.

But, as this is a history of Conurbano, not everything was left there. In the raids, also carried out on the properties of the four defendants, the police found marijuana plants and a still unknown quantity of that drug in one of the seized vans. 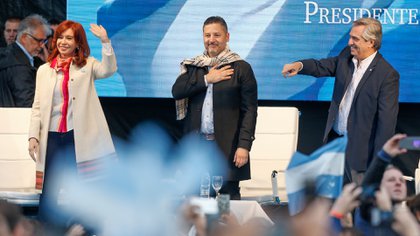 “The case was initiated by a complaint that we made from the municipality itself,” Gustavo Menéndez told .. (Nicolás Aboaf)

The investigation now also aims to determine whether the Amarok is owned by the municipality or the suspect. In the next few hours, the four detainees will be investigated by the head of the Prosecutor’s Office Number 3 of Morón.

Usurpation, a “tolerated” crime in Argentina?