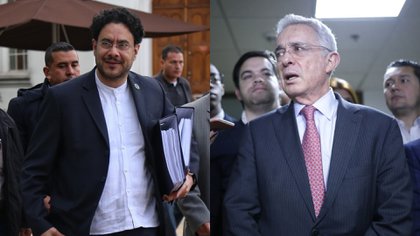 In September 2019, the Supreme Court of Justice summoned Mercedes Arroyave Ardila to testify, a lawyer who, according to the prosecuting body in the case of former President Álvaro Uribe Vélez at that time, is a key witness to advance the investigation that falls on the also former senator of the Democratic Center. Her name resounds now that the Prosecutor’s Office has the case in its hands, however, the woman continues to give no clues to her whereabouts. This was reported by the newspaper El Tiempo in one of its most recent investigations. What does Mercedes know? Why are they looking for it?

Where is Mercedes Arroyave, a lawyer who visited prisons in the company of Senator Cepeda?

According to the information provided by the investigative unit of that national media, the woman would be key in the Uribe case for having, allegedly, accompanied, on several occasions, to Senator Iván Cepeda, to prisons in the country, with the aim of interviewing detainees, at their request, in those prisons, inmates who later appeared in the investigation against Uribe.

The lawyer, a native of Medellín, as explained by the Colombian newspaper, took charge of the cases of Juan Guillermo Monsalve and Pablo Hernán Sierra, two former paramilitaries who have assured that Álvaro Uribe would have links with the self-defense groups, and that members of the Uribe family were co-founders of the Metro block of the AUC (United Self-Defense Forces of Colombia). 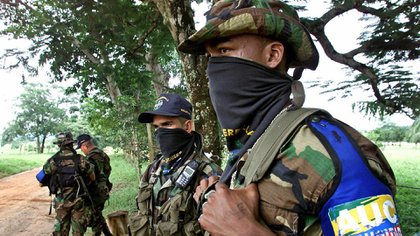 According to the defense of former President Uribe, Arroyave would have information on the alleged intentions of Iván Cepeda to search the prisons for testimonies of former paramilitaries to accuse the former president of the existence of these armed groups, a situation that has already been denied by Cepeda on several occasions.

During the second half of 2020, when Republican Congressman Mario Díaz Balart, from the United States, requested that the reasons why Iván Cepeda frequented prisons be investigated, the Polo senator stated that he had appeared in those places at the request of former paramilitaries who, among other things, some of them alerted that they were being threatened with death due to the information they had in their hands against the former Colombian president, as for example, explained Cepeda, Juan Guillermo Monsalve, “I did (the visits) because Mr. Monsalve has been the victim of threats and two assassination attempts,” the senator explained to Semana.

“These visits were made with the proper authorizations from both the Colombian Government and the United States Government, which they were visits in which lawyers from that country were present, and likewise, in none of those conversations were there undue offers to the former paramilitary chiefs “, Cepeda explained that, in turn, “The accounts of the former paramilitaries were made voluntarily and did not obey any kind of offers.”

Juan Guillermo Monsalve in an interview on the Uribe case

El Tiempo’s investigation indicates that the last location recorded for Arroyave is in Yopal, Casanare, and that he is expected to appear before the law to respond with what he knows as the others involved in the case have already done. been cited by the accusing body.

In testimonies collected by Semana magazine, Uribe assured that María Mercedes Arroyave had gone to visit three inmates and that, according to him, the lawyer “told them that Dr. Iván Cepeda would go to ask them about some graves (…) that they received them for that purpose (…) and to offer them benefits so that they could accuse me (…) Iván Cepeda is an enemy that I don’t know how I won or looked for, the lawyers tell me that he came full of papers, but that man has been a liar, and I have reported him (.. .) everything is a lie”.

For his part, and in the face of the accusations against him, Iván Cepeda, as compiled by Semana, explained that, “Dr. Arroyave stated that the inmates wanted reduced sentences (…) Messrs. Cadavid, Mármol and Cuesta, say that they are willing to hand over information on graves in exchange for benefits or penalty reductions (…) I must be very clear about the following: in this bustle through the country’s prisons, I adopted a rigorous protocol of action, and I want to present it quickly and briefly, “he said Cepeda, who also assured that he learned of the death threats against Monsalve thanks to the lawyer, so he went to visit him in jail and listen to his version.

Likewise, Semana magazine revealed the testimonies of former paramilitaries who would have spoken with Arroyave. The testimonies of the three ‘exparas’, (Giovanni Alberto Cadavid, Elmo José Mármol and Máximo Cuesta Valencia), agree on the same thing: the woman would have offered them benefits. “The lady painted one thing for us and then she came up with another,” said alias Sinaí (Máximo Cuesta).

For his part, Cuesta himself made it clear that the offers of benefits were not made by Cepeda, they were made by María Mercedes Monsalve, who they assure they never saw again.

The request for the presence of Arroyave in the hearings that seek to resolve the accusations of bribery of witnesses and procedural fraud is made amid the controversy surrounding the case, according to Iván Cepeda, victim of the case, The Attorney General’s Office is not being objective, and is directing the investigation to free Uribe from any responsibility that falls on him for the crimes for which he is accused.

The question, former Senator Uribe, is who threatened her? Who tried to assassinate Juan Guillermo Monsalve on two occasions? Who threatened Deyanira Gómez, Monsalve’s partner? Who ordered the assassination of Carlos Enrique Areiza? pic.twitter.com/MOrK0ohxLD

The impartiality sentence made by Cepeda falls on Gabriel Jaimes, the investigator who has the case in his hands and whom the senator from Polo accused of “to discard, olympically, a file with a solid body of evidence “, and to give “A 180 degree turn to the case under a sui generis legal theory that it shares with the defense and that destroys the penal system.” 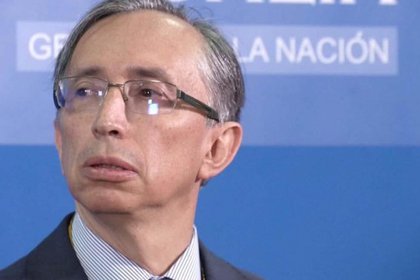 According to Cepeda, the evidence collected by the Court, under Law 600 “It is only valid for the gauge and when it goes to the Prosecutor’s Office it loses value and validity.”

Likewise, in the middle of the search for Arroyave, the revelation of relevant conversations that are in the seven simcards that the prosecuting body has under its power, and that were found in the confinement cell of Juan Guillermo Monsalve.

As with the content of the data reports, it is expected to hear the testimony of Deyanira Gómez, ex-wife of Juan Guillermo Monsalve, who had previously spoken about the case and who would have denounced that Uribe’s then lawyer, Diego Cadena had pressured her and her ex-husband to change their version of what they knew about Uribe.