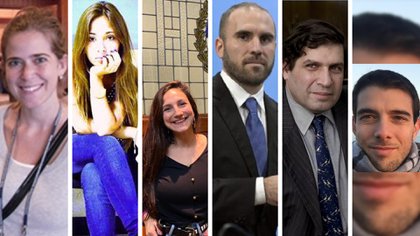 The dissemination of the list of officials and those close to the national government who received the coronavirus vaccine at the Posadas Hospital included several young members of the team of Martín Guzmán, Minister of Economy. As in the case of the minister himself, almost all of them do not pass the age of 40, which intensified the criticism for having been vaccinated outside the established mechanisms and, furthermore, without integrating any of the risk groups.

Guzmán, 38, and his team received the first dose of Sputnik V on January 29 at the Palacio de Hacienda. None of them agreed to the second dose yet. Before the “political bomb” that the journalist Horacio Verbitsky detonated with his confession that he had received the vaccine through a parallel circuit for “friends of power”, no immunization had been publicly reported. Less than they had received Sputnik V with personnel from the Posadas Hospital specifically in charge of that operation.

Social networks were a sounding board for criticism of the under-40 officials who could be prioritized to receive the vaccine. Both the secrecy with which its distribution was managed, as well as the absence of scientific evidence that supports the need to apply those doses that medical personnel, teachers, the elderly and patients with prevalent diseases demand, among others.

The youth in question are:

-Pablo Javier Salinas (38 years old): He has the position of advisor but in fact he is Guzmán’s private secretary. He is a political scientist. One of the minister’s most trusted men, he usually integrates official missions. He is currently in Mexico, where Guzmán is a member of the delegation that accompanies President Alberto Fernández.

-Vera Voskanyan (32 years old): She is the communication coordinator of the Palacio de Hacienda; previously, he was a community manager in the Ministry of Production. He is in Mexico accompanying Guzmán. In her social networks, she also presented herself as a “dancer”, before the scandal broke out.

-Maia Colodenco (38 years old): She is in charge of international affairs at the Ministry of Economy. Accompany Guzmán on international tours. She was the only one who was not vaccinated at the ministry. Since he did not go to work on January 29, he went to the Posadas Hospital and received the vaccine there.

-Melina Mallamace (32 years old): She is Guzmán’s chief of staff and another of the trusted officials. He is also in Mexico as part of the presidential tour. 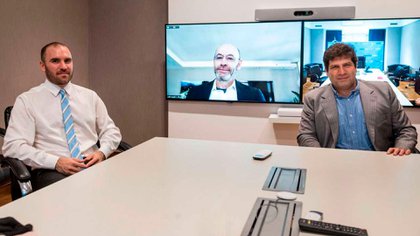 In the listing, it also appears Sergio Chodos (51 years), which is representative for the Southern Cone on the board of the International Monetary Fund. Participate in the minister’s international tours. He travels regularly between Washington and Buenos Aires. He will accompany Guzmán in Washington in March to continue negotiations with the IMF.

Faced with the wave of criticism from various sectors for considering that these officials agreed to a privilege while millions of Argentines live the uncertainty of not knowing when their vaccine will arrive, near Guzmán they pointed out that the minister “is a strategic official on the international agenda that it handles and because of the dimension of the decisions it makes, whose function is decisive for the functioning of the State ”.

Negotiations with the IMF and the Paris Club, as it became known, will generate a series of official trips to the United States, Asia and Europe. Nevertheless, It is unknown what resolution enabled these officials to be inoculated and not others, that is, who drew up this list at a time when a strict protocol is in place to assign vaccines among different social groups.

Given the evidence that these officials should not receive the vaccine either because of their age or because of their health conditions, from the Economy Ministry they assured that The decision to vaccinate this group of officials, outside the priority scheme published by the Government, was recommended “by the medical team of the Presidency and Health.” The argument made was that both Guzmán and his companions in official missions “should be vaccinated to avoid logistical difficulties” if any of them were infected.

“If any of the entourage tests positive while in another country, the minister and all those who make up the team would be isolated by close contact. This would delay time and make it impossible for the minister to return to the country in the estimated times ”, they explained at the Palacio de Hacienda.

That argument was defended by the new Minister of Health, Carla Vizzotti, who took office instead of Ginés Gonzalez Garcia, who had to resign due to the VIP vaccination scandal. “The Minister of Economy is generating a strategic action, fundamental for the functioning of the State, although it has no relation to the health system, if he or someone on his team gets sick it would have a direct impact on the country,” said Vizzotti.

Alberto Fernández, before businessmen in Mexico: “We are partners, I want them to earn money, to provide work and to pay taxes” None of the last seven ministers of Economy in the country has a positive image according to a survey