The 5 deepest points in each of the 5 oceans of the planet.

After months of research, a group of scientists assures that, finally, we have the “most accurate” information about the deepest points on Earth.

They are the result of the expedition Five Deeps, which mapped the largest depressions on the seabed in the Pacific, Atlantic, Indian, Arctic and Antarctic with the most developed technique to date.

Some of these sites, such as the 10,924 m deep Mariana Trench in the western Pacific, had already been surveyed several times.

But the Five Deeps project also cleared up some remaining uncertainties.

For years in the Indian Ocean there were two places competing for the deepest point: a section of the Java Trench, off the coast of Indonesia; and a fracture zone in southwestern Australia.

The rigorous measurement techniques employed by the Five Deeps team confirmed that Java was the winner.

But this section of the depression, at a depth of 7,187 m, is actually 387 km lower than previous data had suggested.

Likewise, in the Southern Ocean there is now a new place that we must consider the deepest point.

It’s a depression called Factorian Abyss, at the southern end of the South Sandwich Trench, which is 7,432 m deep.

There is a place in the same pit, just to the north, that is even deeper (Meteor Abyss, 8,265 m) but technically it is in the Atlantic Ocean, since the dividing line with the Antarctic begins at 60º south latitude. 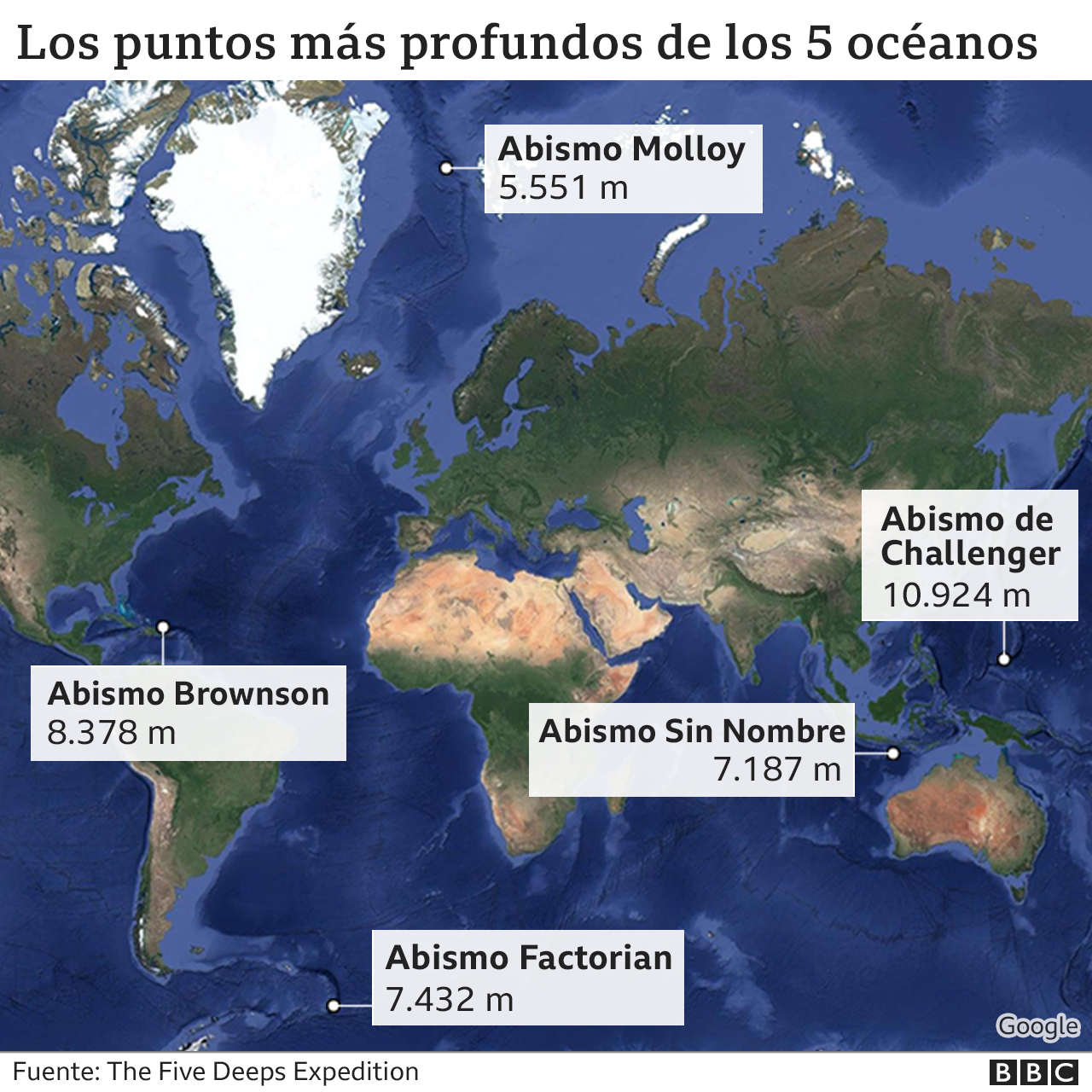 The deepest place in the Atlantic is in the Puerto Rico Trench, in a place called Brownson Abyss, at 8,378 m.

The expedition also confirmed the 10,924 m of the Abyss from Challenger, in the Mariana Trench, as the deepest point in the Pacific ahead of the Abyss Horizon (10,816), in the Tonga Trench.

The new depth data was published in an article recently in the journal Geoscience Data Journal.

The expedition was led by Texan financier and adventurer Victor Vescovo.

The former US Navy reserve wanted to become the first person in history to descend to the deepest points of the five oceans and achieved this goal when he reached a place known as Molloy Abyss (5,551 m) in the Arctic, on August 24, 2019.

But in parallel with Vescovo setting records on his submarine, his science team was taking an unprecedented amount of temperature and salinity measurements of water at all levels down to the ocean floor.

This information was crucial in correcting the depth readings made with the echo sounder from the submarine’s support ship, called Pressure Drop. 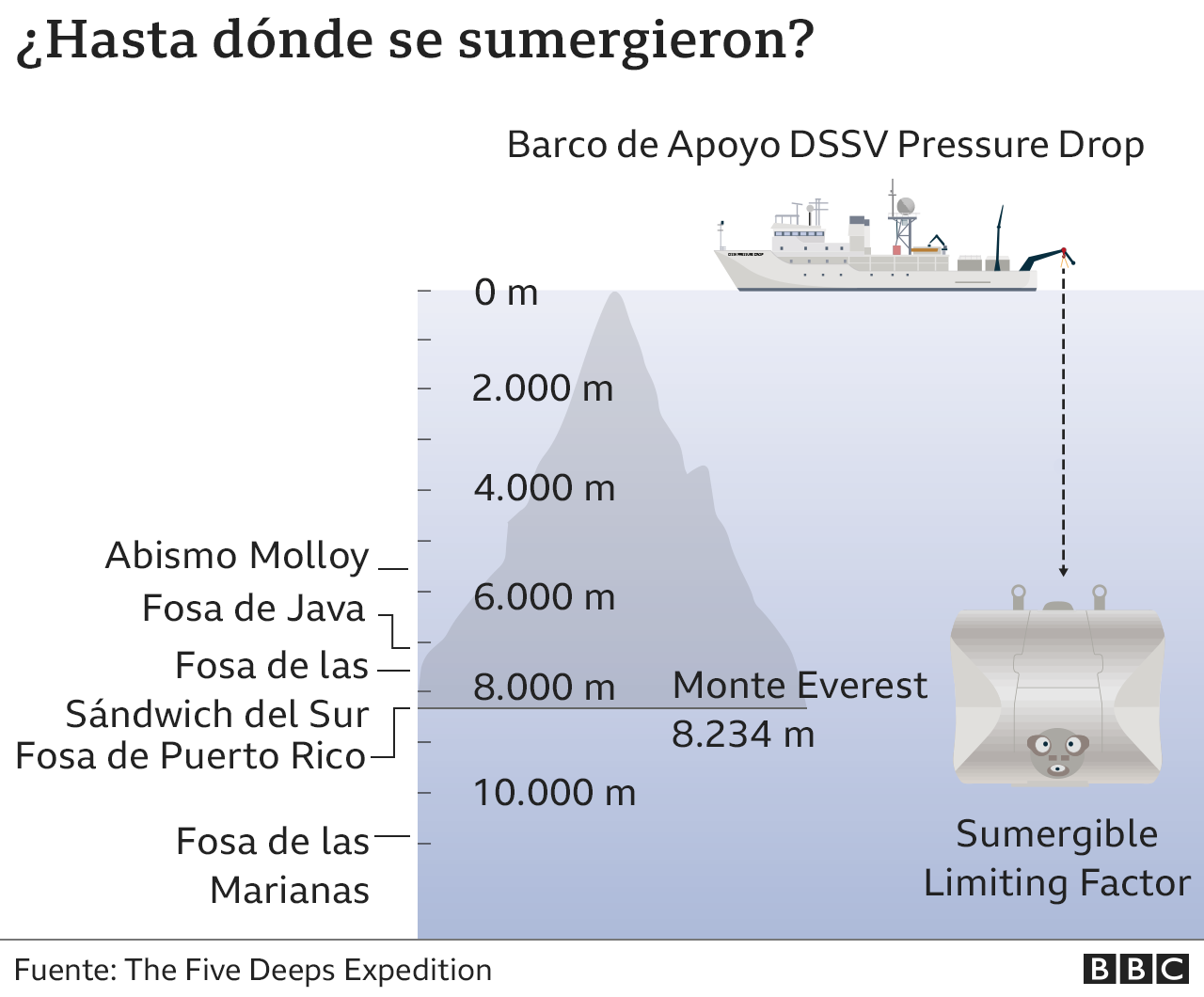 Therefore, the reported depths have a high level of precision, even if they come with a margin of error of plus or minus 15 m.

Ignorance of the oceans

Current knowledge of the seabed is scarce.

Approximately 80% of the global ocean floor it remains to be inspected with the modern standard of technology used by Five Deeps.

“Over the course of 10 months, as we visited these five locations, we mapped an area the size of mainland France,” explained Heather Stewart, a member of the British Geological Survey team.

“But within that area there was another area the size of Finland that was totally new, where the seabed had never been seen before,” he adds. 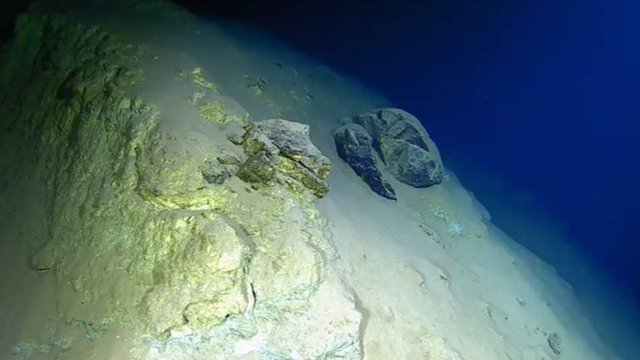 In the Mariana Trench is the deepest place on the planet. (Photo: Atlantic Productions for Discovery Channel)

According to the expert, this “simply shows what can be done, what still needs to be done.”

All the information collected will be delivered to the Nippon Foundation-GEBCO Seabed 2030 Project, which aims to compile, from various data sources, an ocean depth map by the end of the decade.

Why an ocean map is needed

Achieving this type of map would be important in many ways.

They would be essential for navigation, of course, and for laying submarine cables and pipelines.

Also for the management and conservation of fisheries, because it is around the seamounts where wildlife tends to congregate.

Each seamount is a nucleus of biodiversity. 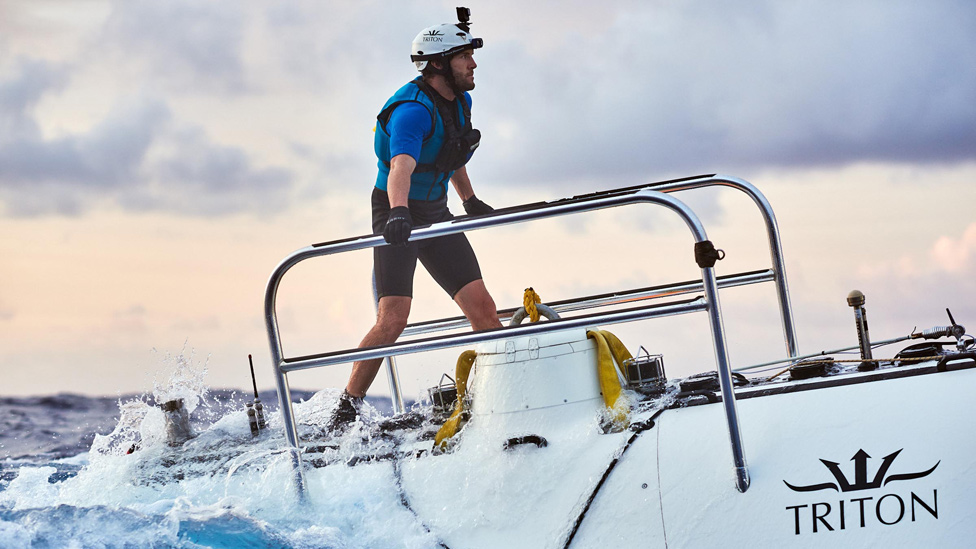 In addition, the rugged seabed influences the behavior of ocean currents and vertical water mixing.

This is the information necessary to improve the models that predict future climate change, because it is the oceans that play a fundamental role in the movement of heat around the planet.

And if we want to understand precisely how the sea level will rise in different parts of the world, good maps of the ocean floor are essential.

From the Pressure Drop

The BBC contacted the Pressure Drop, the submarine’s support ship currently sailing west of Australia, in the Indian Ocean.

Onboard team member and co-author of the new paper, Professor Alan Jamieson, said the research ship was making new discoveries every time it sent its instruments deep. 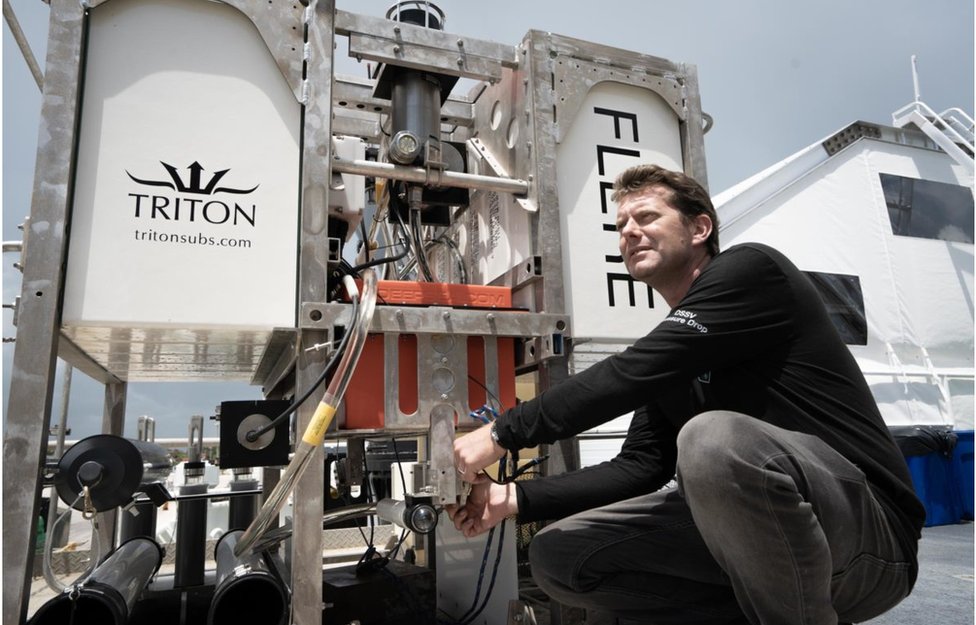 Jamieson is still aboard the support ship. (Photo: FIVEDEEPS.COM)

“For example, there are some important animal groups in the world that we just don’t know how deep they go for. Last month, we recorded a jellyfish up to 10,000 m deep, ”he recalled.

“These are not unknown animals; it’s not like they’re a rare species. These are large groups of animals that clearly occupy much larger parts of the world than we thought, “Jamieson said.

You can receive notifications from BBC Mundo. Download our app and activate them so you don’t miss our best content.