Seeking to attract the attention of a younger audience, the Zeekr brand of the Chinese holdeng of the Geely car (behind houses like Lotus or Volvo) proposes what is its first model: the Geely Zeekr 001. An electric 100 sedan whose name comes from “geek” and the “z” of generation Z.

The car has been shown alongside other electric and non-electric cars at the 2021 Shanghai Auto Show, alongside the Zhiji L7 and Toyota bZ4X. In this case it is a promising sedan at the level of autonomy and other benefits that stands up to “old” known as Tesla or younger brands such as Lucid and others in the sector.

The brand says goodbye to boring electric cars, according to the official statement in which they present the vehicle. It is a car that, despite targeting a perhaps younger target, does not want to ignore being a rather sophisticated and luxurious proposal (using the adjective “premium”).

On the outside, the Zeekr shows a more aggressive rear, with end-to-end headlights and the logo in the center, while the nose is smoother and more curvilinear, with headlights in the style of Lynk & Co as pointed out in Motorpasión (a brand of the holding company). Measure 4.97 x 1.99 x 1.56 meters, more or less dimensions comparable to a Tesla Model S. 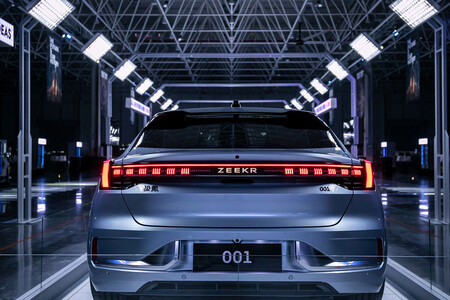 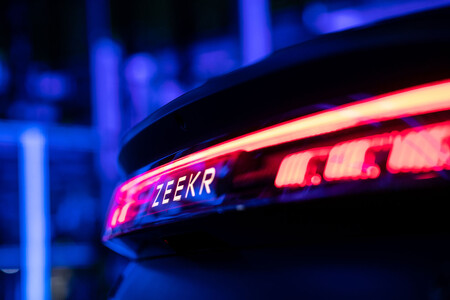 Beyond the design features, what is striking is that it offers functions such as fast charging up to 360 kWh or facial recognition. What Geely has explained is that this technology is used to recognize passengers and thus adjust preferences in each case.

In addition, the doors have sensors to open automatically when users are detected (and also close automatically). All this and the rest of electronics with wireless updates at least once every three months and for life, according to Geely itself.

It also highlights that promised autonomy of more than 700 kilometers (without specifying the homologation cycle), above what the BMW i4 or the 420 kilometers of the Volvo C40 Recharge (another first cousin) promises. With the quick charge that we mentioned, the manufacturer promises 120 kilometers of autonomy in five minutes of charging, which is not bad at all. It will be necessary to see if in practice this is the case in all this, of course. 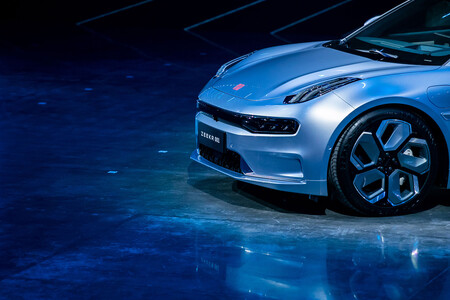 Versions and prices of the Geely Zeekr 001 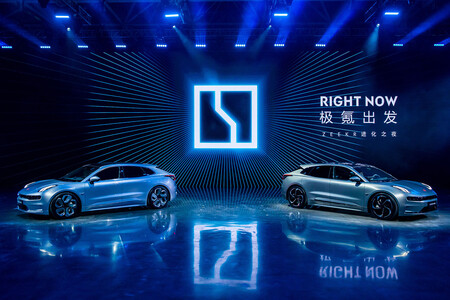 The Geely Zeekr 001 will start its way through its home country, arriving in China in October 2021. Starting in 2022 will expand globally, although we still do not know to which countries and if it will arrive in Spain.

The price is to be confirmed, but it is said that it will be for the 50,000 dollars, about 41,490 euros to change. It would be a competitive price, taking into account that the Tesla Model S currently starts at 89,990 euros (in Spain) and the Lucid Air starts at 80,000 dollars.