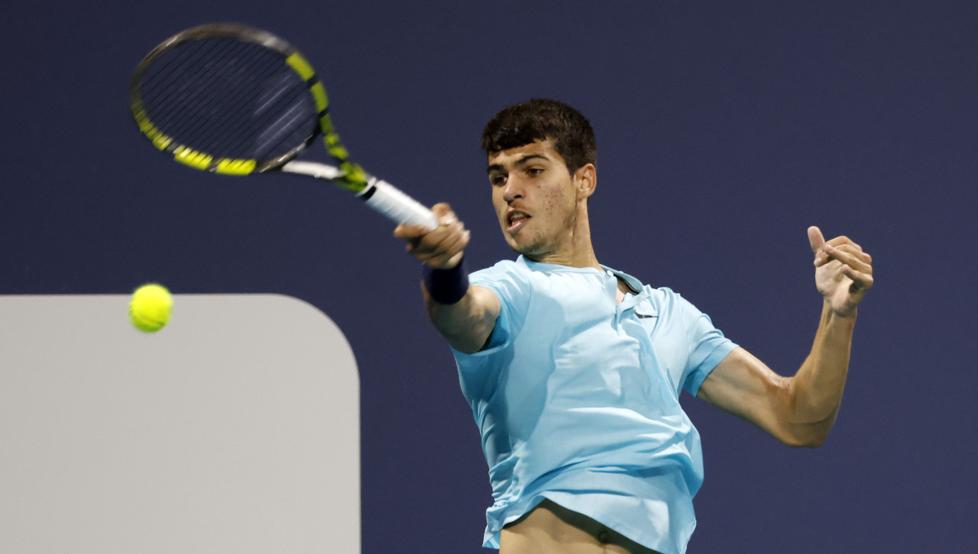 Carlos Alcaraz, 17, gave this Thursday the great surprise of the Andalucía Open de tennis, an ATP 250 tournament that takes place in Marbella, by beating veteran Feliciano López in three sets (4-6, 6-2 and 6-4) in a match lasting almost three hours and qualify for the quarterfinals of the competition.

This duel on the clay of the Puente Romano Club of Marbella began in favor of Feliciano López with a 6-4, although from the beginning it was intuited that the match would not be easy for the Toledo, who occupies the 64th position in the ATP ranking and was the sixth seed of the Marbella tournament.

So much so that the young Murcian, twenty-two years younger than his rival, took the second set 2-6 and despaired López, 39, forcing a third set that was exciting and did not disappoint on this last day of Round of 16 of the ‘AnyTech365 Andalucía Open’.

The face to face between the two was passionate and, although Feliciano won the first game of the decisive round, Alcaraz did not take off and forced a tie in the second game, but the apprentice ended up beating the master and closed this ‘generational battle’ with a 6-4 in the light of the Manolo Santana track in Puente Romano and his pass to the quarters.