Having ray tracing, a lot of FPS and a high resolution is not easy. It requires a lot of power and resources and that is precisely why NVIDIA put DLSS (Deep Learning Super Sampling) on ​​the table. It is one of the great arguments of the next-gen graphics cards from NVIDIA and AMD, of course, has also released its own solution: FidelityFX Super Resolution (FSR).

It is an open source technology that can be used in both AMD graphics and competitive graphics and now we know that, soon, will come to consoles Xbox Series X | S and Xbox One. This has been confirmed by Jason Ronald, Xbox Program Management, on his Twitter account.

Ronald has not been very extensive in his announcement. He simply said that AMD and Xbox are continuing with their agreement and that FidelityFX Super Resolution is available since yesterday on the GDK (Game Development Kit) for Windows, Xbox Series X | S and Xbox One. It is curious of course that it is compatible with the old-generation Xbox.

What we do not know is if FSR will also reach the PlayStation 5, which also incorporates technology from AMD. In principle, and always on paper, the console could be compatible, but from Sony and AMD have not said anything about it. A matter of waiting. 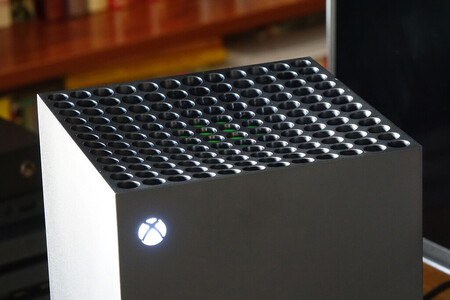 The FidelityFX Super Resolution approach is different from NVIDIA with DLSS. DLSS uses Deep Learning to deliver the technology, something that takes extra effort when training AI, but translates into superlative performance. FSR, meanwhile, is an image rescaler which takes a frame with antialiasing as a reference and resizes it to screen resolution.

It’s a simpler approach than NVIDIA and the preliminary results are good, although not as good as those of DLSS. Also, FSR only works in games that have integrated support for the technology and, right now, they are few and only on PC (obviously).

So what can we expect from the arrival of FSR on Microsoft consoles? In a nutshell, better frame rates per second at the highest resolutions (2K and 4K, mainly). However, we will have to wait for it to be available and for games to adopt the technology, something that is not known when it will be.