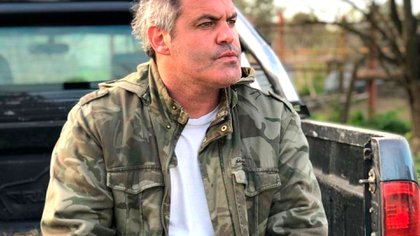 GIMP’s nightmare began on December 5, the day he arrived in Pinamar to work at the restaurant of the businessman Claudio Alberto Tinari as a cashier. The harassment started immediately. And the violence was consummated three weeks later, when the man entered her room while she was showering and, when leaving the bathroom, raped her.

It happened on December 22, between 9:30 p.m. and 10 p.m. The employee was terrified and only dared to denounce her employer on January 6 after the general exhaustion of the workers there, who also denounced him for mistreatment, violence and labor deals. Tinari is detained at the request of the prosecutor Juan Pablo Calderón, accused of sexual abuse with carnal access, a crime that could land you in prison for between six and 15 years. But he is also investigated because his employees accuse him of inciting them to prostitution.

Hell for GIMP began as soon as the restaurant opened, a hostel concession Boom, in the north of Pinamar. “Tinari hired us to work, she always says things to women and also used them to my coworkers, I got them drugs to take advantage of them. Once I was talking to a waiter at the bar, and my boss stopped by and He ran his finger up my tail, from the bottom up, as if marking the seam of the pants, I was hard and did not know how to react ”, was the first thing the woman declared to the police investigators, and what started a follow-up of Tinari and finally her arrest, two days ago. 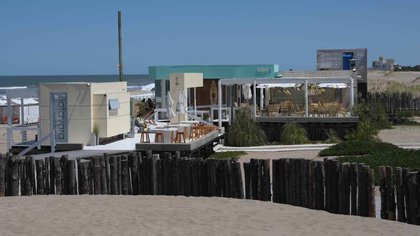 The Botavara parador, in the north of Pinamar, where Tinari concessioned the restaurant (Photo: Diego Medina)

As the season began, Tinari rented rooms to employees at the Trinidad hotel, a two-star hotel in Pinamar. The woman was assigned room 21 to sleep alone. In addition, the businessman reserved three other rooms where four male employees lived.

“That day, December 22, 2020, at 9 pm, Claudio brought us in his car, he drove and always took me and two colleagues to the hotel from the spa and the other boys came in a remis. When we get to the hotel, I went up to my room and he stayed outside as if to leave. I was finishing my bath and I hear someone enter the room”Said the victim.

The 33-year-old woman explained to the investigators that her room was left open because her colleagues always passed by “to go in to look for something.” Then when she came out of bathing, wrapped in a towel, she saw her boss.

“There was Claudio, He grabbed my left arm, unbuttoned his pants, I was without underpants and said ‘shut up, don’t yell, don’t say anything, so nothing is heard, it’s going to be fast’, he pulled the towel from me, he pushed me onto the bed and got on top of me, I cover my mouth, I tried to defend myself, I tried to get him off me but he is much bigger and heavier than me, and besides I was afraid of him, I was afraid that he would hurt me, then covered his mouth, and penetrated me”, Explained the woman, who provided precise data on the moment after the rape, which the man executed without a condom, as she herself clarified.

The violent audios of Claudio Tinari

“When he finished, I got up, I ran out and locked myself in the bathroom, and I waited for him to leave. I felt like he opened the door and left without saying anything. Thereafter, I felt dirty, I was very afraid, I went back to bathe, I was disgusted, and then I got dressed and went to the boys’ room, “he said. The woman said that a colleague opened the door for her and she hugged him and started crying. They asked her what was wrong but she did not dare to tell them.

“I did not tell anyone until I dared to come to report”, he told investigators. And he explained that he decided to do it after learning that a colleague also denounced him “because he sailed with her”. That other complaint, which is investigated by the prosecutor Walter Mercuri, in charge of the UFI specialized in human trafficking based in Madariaga, has evidence that complicates the employer, since they denounce him for locking the employees in the hotel and offering them to women prostitute with “VIP clients of Cariló”. 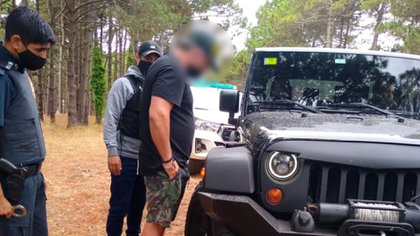 The moment of arrest

Despite the abuse, the woman continued to work. “Here I am alone and I have no means of subsistence other than my job, and he behaved with me as if nothing had happened”, he recounted.

Days later, according to the woman in court, the man applied cynicism: “At a time when we were alone on the deck, he actually called me to talk about work, to talk about prices and menus, He said ‘at least tell me if you liked it or not!’, and I turned around and left ”.

The victim explained that after that episode the man did not touch her again, but he did verbally abuse her “as imposing”In his capacity as boss. That attitude can be seen in the audios incorporated into the cause, to which he had access .: “He said that he commands and that we have to do what he says and things like that.”

Audios of Claudio Tinari the businessman accused of rape 1

In the expansion of her testimonial statement, judicial sources told this medium that the woman added a situation in a Pinamar brewery: “He took me out for a beer, he had grabbed me as a ‘girlfriend’ and the way he treated me was so violent that when he went to the bathroom a waitress came to ask me if I wanted to report him”.

The employees were moved from accommodation on December 29. Tinari rented a house that, in his own words, paid $ 4,000. There, the woman shares a room with a partner. But Claudio comes in and goes out whenever he wants from there, and also He locks us up at night so we don’t go out. I decided to report this situation because my patience has already run out, “he said.

The woman said that Tinari gets into the rooms of all her employees and harasses her, asks where her colleagues are and acts out scenes of jealousy. “He says I went to fuck someone else”, the woman told investigators.

Tinari was detained after the woman’s statement and after a medical examiner, by order of the prosecutor Calderón, found injuries to her genitals. Now the case is moving towards a psychological assessment of the complainant, although the file includes preliminary analyzes that account for a “posttraumatic stress”.

In Pinamar many know Tinari. His wife is an employee of the Municipality. He has been seen in several hostels before the season. The owner of a spa said: “I saw him leave with the menu, he stole the menu from me!”. A girl from another restaurant told this medium that the man wanted to take her to work in Botavara: “He told me ‘If they mistreat you, come with me, I pay better’”. Another woman related to this medium that the man passed in front of her, without knowing her, and touched her breast with his index finger. “He seemed like a moron”, added.

Judicial sources announced that the prosecutor will also summon new witnesses to testify, some requests for the defense of the accused businessman, such as the hotel owners. The alibi of Tinari, who according to witnesses threw his cell phone into the sea when he suspected that his employees had denounced him, is that due to the COVID-19 protocol “he could never” have been able to enter the hotel room. The investigators accepted the summons of those witnesses but considered it poor. “We know that the protocols here are very flexible,” they commented wryly.

“If you want the devil, you have the devil”: the violent audios of the businessman arrested for raping an employee in Pinamar