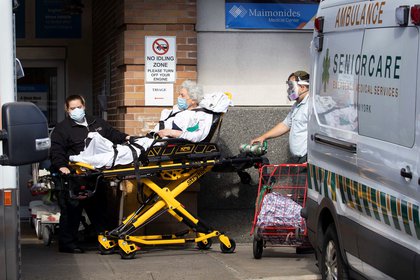 Despite the fact that New York is no longer the state with the highest number of infections, it is still the most affected in terms of deaths in the United States. . / Justin Lane / Archive

The new coronavirus pandemic originating in the Chinese city of Wuhan has added more than 133,000 new casps in the last 24 hours, which exceeds eleven million infections with more than 246,000 fatalities, according to the latest balance published by Johns Hopkins University.

The United States has surpassed 11 million cases six days after reaching the 10 million positive threshold. In the last 24 hours, the country has registered 133,045 new cases of coronavirus and 616 deaths, bringing the total to 11,037,061 infected people and 246,214 fatalities.

With the new data, The United States remains the country hardest hit by the pandemic, surpassing by more than two million cases the second classified, India, which accumulates 8.8 million infected people and more than 130,000 fatalities.

The main scientific person in charge of the management of the pandemic in the United States, Dr. Anthony Fauci, has declared to CNN that he is confident that the country can begin to return to normal from April or July 2021. 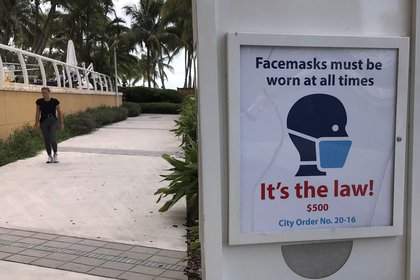 Fauci has also revealed that US President Donald Trump has not attended the meetings of the task force in charge of managing the pandemic for “months” and that the vice president, Mike Pence, is the one who attends the meetings and then “translates” to Trump what has been discussed.

As reported by DPA, Fauci has also said that federal officials should be able to start communicating with President-elect Joe Biden’s team to ensure that there is a smooth transition in the fight against the pandemic. The president of the United States, Donald Trump, refuses to accept his defeat in the presidential elections and argues that Biden has won thanks to fraud, without providing evidence of his accusations.

“Of course it would be better if we could start working with them”Said Fauci, in response to a question asked about whether he thinks it would be advisable to start collaborating with the president-elect’s transition team.

With information from Europa Press

Anthony Fauci said the advancement of COVID-19 vaccines means “help is on the way,” but warned that the pandemic may not be fully eradicated.

What will the distribution of coronavirus vaccines be like in the United States?